A Brighton teenager has been charged with a string of burglaries in Brighton following a police appeal for his whereabouts. 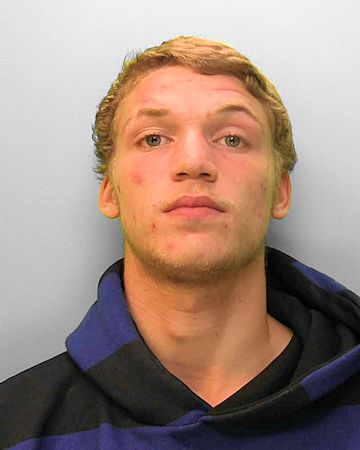 Randall was arrested in Eastbourne last Thursday evening and appeared at Brighton Magistrates’ Court on Saturday charged with 13 offences between 21 September and 9 November, in Brighton, Lewes, Newhaven and Eastbourne.

These included three burglaries in the Bear Road and Moulsecoomb areas of Brighton, as well as another in Newhaven, and two thefts in Lewes and Eastbourne.

He’s also charged with criminal damage, possession of a bladed article, assault by beating, racially aggravated common assault, and two public order offences, all of which allegedly happened on the day he was arrested in Carlisle Road, Eastbourne.

The first two Brighton burglaries happened on 23 September in Milner Road, and the third on 26 September in Barcombe Road.

On Saturday, Randall was remanded in custody to appear again at the same Court on 17 November.

Detective Sergeant Liz Starr said: “We would like to thank members of the public who provided us with helpful information during our search.”