A Brighton and Hove Albion fan has been given a three-year football banning order after throwing his pint over a Southampton fan. 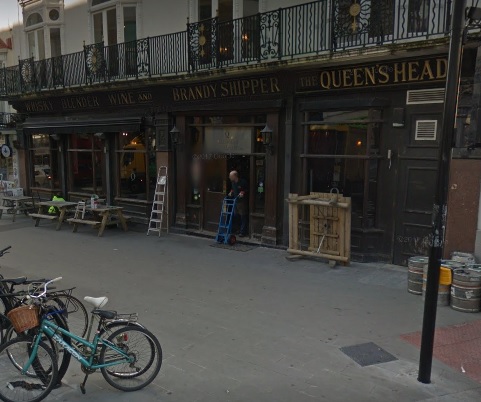 Steven Taylor, 49, attacked the man during a row which broke out after the Southampton fans walked past Mr Taylor and other Albion fans as they drank outside the Queens Head pub in Queen’s Road, Brighton.

Police were informed and Taylor was swiftly identified from CCTV footage. As he got off the train at Falmer en route to the match, there were officers waiting there to arrest him.

And his day got even worse when a search revealed he was carrying crack cocaine.

Yesterday, at Brighton Magistrates Court, Taylor, of Osborne Villas, Hove, was banned from going to the Amex Stadium or parts of Brighton City Centre for three years while a match is being played at the stadium or for four hours before and after kick off.

He is also banned from going within five miles of any football stadium in England and Wales for four hours before and after kick off of any match for three years.

PC Darren Balkham, Sussex Police’s football liaison officer, said: “It was a small group of Southampton fans woalking on the road and a group of Brighton fans were outside the pub and there were some words exchanged.

“We saw on CCTV a man throw the contents of a plastic pint pot in the face of a Southampton fan and we identified the man as Steven Taylor.

“He had no previous convictions, but in open court yesterday we did put forward a number of incidents where he was present and where there had been disorder.”