The new road layout through Valley Gardens could include the city’s first red routes as part of a range of trial traffic restrictions. 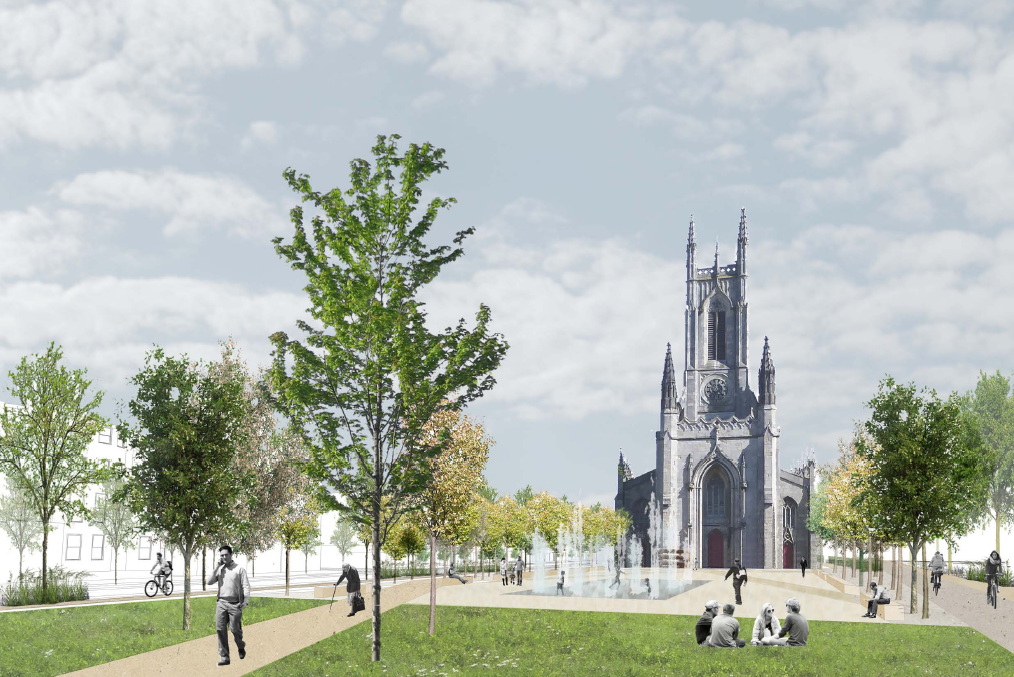 Work is due to start in April on a comprehensive remodelling of the road and green spaces between the Level and the Old Steine, with the landscaping details approved by planners earlier this month.

This week, the final draft of the road design was published, which sees general traffic routed in four lanes to the east of the route and a new two lane bus and taxi corridor to the west, ahead of councillors debating it next week.

The aim is to make it easier for people to get across from the North Laine to the gardens, so they become better used. New public squares would be created south of St Peter’s and opposite the Richmond pub.

Several tweaks have been made to the initial design, including fewer new trees because of difficulties planting over pipes etc, the lengthening of bus stops and new cycle contra flow lanes in the North Laine.

The report says: “Due to the sensitive nature of the eastern corridor [general traffic] it is proposed restrictions will include no waiting, no loading and no parking. Methods for enforcement will be considered along this route including the option to introduce red routes.

“On the western corridor bus gates [stretches of road] will assist with traffic management and will be enforced by Automatic Number Plate Recognition (ANPR) cameras.

“It is proposed that bus gates will restrict all vehicles except buses, taxis, emergency vehicles and those listed on a council ‘White List’ at key points along the corridor.”

Officers are seeking the go ahead to put in traffic rules on an experimental basis for 18 months, which can then be changed once it’s seen how they work in practice.

Members of the public would be able to comment for the first six months based on their experience of using the roads.

An intelligent traffic light system would be put in place with the aim of reducing waiting times to a minimum and improving traffic flow.

The plans will be discussed at next Tuesday’s environment, transport and sustainability committee. Chair Gill Mitchell said:  “This is a great opportunity to create more green space in the city centre – at present we don’t have very much.

“The new layout should make it easier and more pleasant for all modes of transport, particularly those that are kinder to the environment and take up less precious space – cycling, walking, buses and taxis.

“I’m extremely keen that we do everything possible to keep the roads flowing during the construction phase.”

The meeting will also hear from a deputation of members of the Brighton Buswatch group, who are concerned the changes will slow down the city’s bus network.

Their criticisms include the replacement of bus lanes with bus gates, the congestion of St Peter’s Place and London Road, which will be used by up to 22 buses and hour, including 18m-long bendy buses, and what they consider an “over-reliance” on as yet untested smart traffic lights.

They say: “Buses are predicted to take an average of 21 seconds longer at peak times to travel through Valley Gardens, while the prediction for cars is only two seconds longer.

“Extra running time for each journey means more cost for bus companies. This will result in higher fares and fewer services, which will encourage bus users to switch to cars.”

The changes from the initial design include: 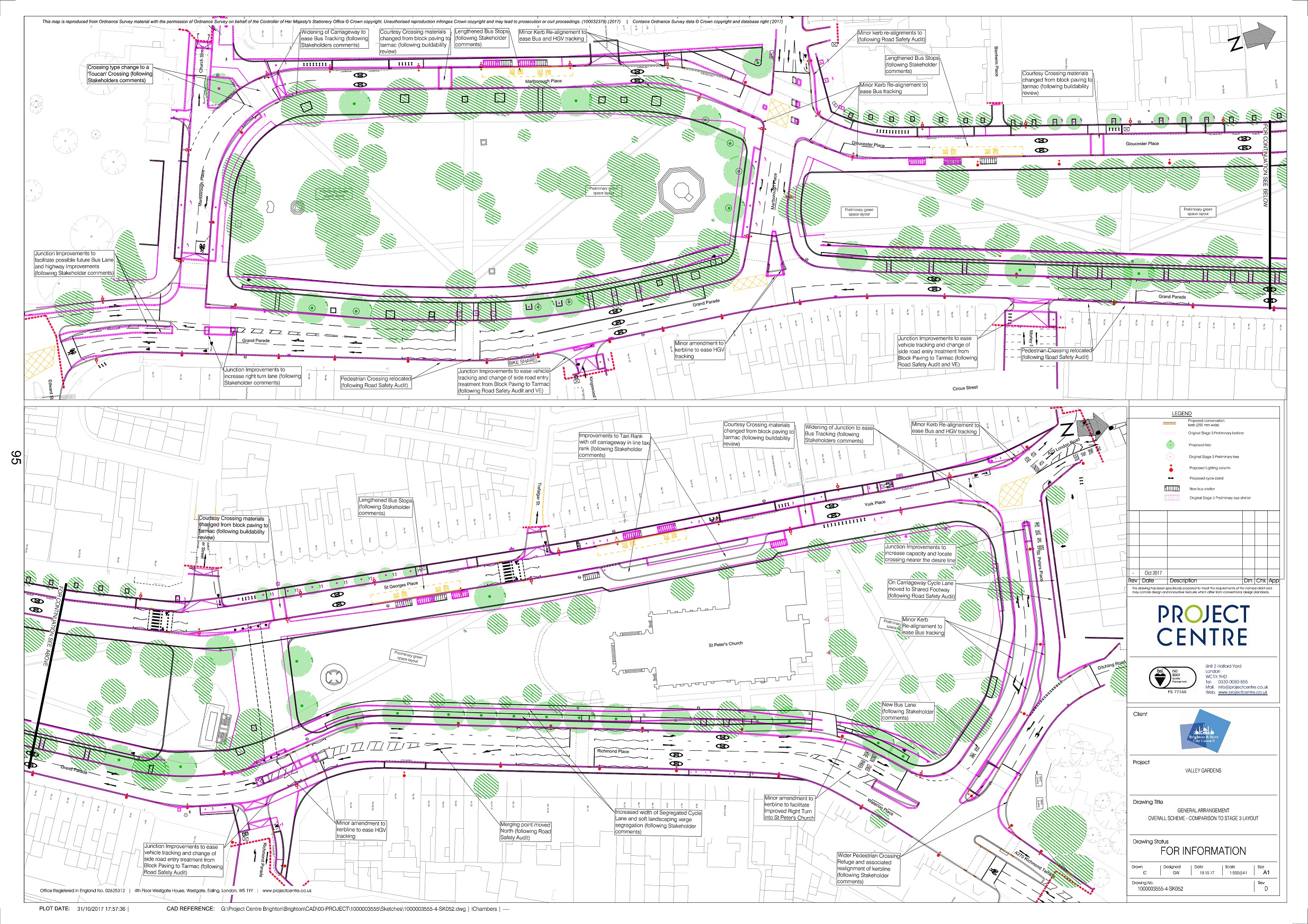 Details of changes to the original draft. Right click on the image and select open in new tab to view full size

Planning permission was granted on 8 November for changes to landscaping through the valley. The environment committee represents the council’s role as landowner and transport authority.

Council parks officials have been co-ordinating designs with the transport department. A maintenance plan for the new gardens has been drawn up.

The appointed contractor will start preparatory works in April 2018 with the site works commencing in June 2018 for an estimated two years.

Local contractors have been appointed to plan how to minimise traffic disruption caused by roadworks as the scheme is built. The aim is to keep both northbound and southbound traffic flowing throughout the works, except for short periods of resurfacing.

Nearly all of the £11m cost is funded by government money which, by law, can only be spent on Valley Gardens.