Mrs Bourne said that she had asked the government directly for more money. But she had also asked ministers to lift the cap on the police “precept” – the amount added to council tax bills to pay for policing.

She also proposes spending an extra £15 million from her budget to reduce the impact of falling police numbers.

As Mrs Bourne works out her budget options, she is asking the public if they are prepared to pay more council tax to support better policing, with an online consultation under way.

It follows a critical verdict from Her Majesty’s Inspectorate of Constabulary and Fire and Rescue Services.

Last month the official watchdog rated Sussex Police good at keeping people safe and reducing crime but said that the force “requires improvement” when it comes to managing resources.

Mrs Bourne said that the nature of policing was changing, with a rise in cyber-crime and terrorism, but, she said, a visible police presence remained important.

She said: “This year we have seen police officers and staff nationally, along with other emergency services, respond with skill and bravery as they play their part in the substantial security effort around the recent terror attacks which have hit the UK.

“In response, the government is increasing the money it spends on tackling terrorism, including an amount for policing.

“Further investment is also working to tackle the national threat of cyber-crime, which is affecting businesses and individuals across the country.

“With the new front line for policing increasingly becoming our front rooms and children’s bedrooms – where crimes are being committed down the phone line and behind screens – we have to recognise that the policing we see is not necessarily all the policing we get to keep us safe.

“I know that residents support Sussex Police in preparing for threats like terrorism and cyber-crime but I’m also aware that issues closer to home, such as anti-social behaviour, are affecting local people.

“In previous years, the chief constable has asked for my help to raise more funds to invest in specific areas of policing, including public protection, community investigation and armed response.

“Thanks to the money you’ve already contributed through your council tax, Sussex Police has been able to build its capacity and capabilities in these areas, and others, to deliver a more effective and efficient service to the public.

“Now we need your help to sustain this service. 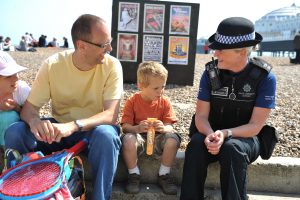 “All public services have to find significant financial savings and Sussex Police is no exception.

“The force has already saved £76 million since 2010 and the chief constable’s Local Policing Plan is working towards delivering further savings over the next four years.

“I know the changes Sussex Police has made to its policing model are taking some getting used to but it’s vital that the force reshapes its neighbourhood policing teams to meet the challenges of 21st century policing.

“The chief constable and I are continuing to work together to drive further reform and substantial progress has already been made through collaboration with local and regional partners and through investment in mobile technology.

“I want to help Sussex Police explore and identify all opportunities for investment.

“That is why I have carried out a review of the amount of money Sussex Police holds in its reserves and released £15 million to reduce the impact of reductions in police officer numbers. 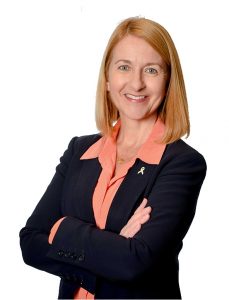 “I’ve done this because I recognise the scale of the impact that these changes are having on the police and the public – and I remain committed to investing in local policing.

“I am also seeking further sources of external funding, including contributions from new building developments that lead to increased demand on local services.

“I – and other police and crime commissioners – continue to negotiate with the government for more funding for policing, as well as asking for the removal of the current ‘cap’ on the police precept.

“Please take a minute to complete my online survey to tell me whether you would be prepared to pay more, through your council tax, for policing in Sussex.”

The consultation is open now and closes at midnight on Friday 5 January.