An advertised subtitled screening of Star Wars at the Brighton Odeon was abandoned after hearing people in the audience complained. 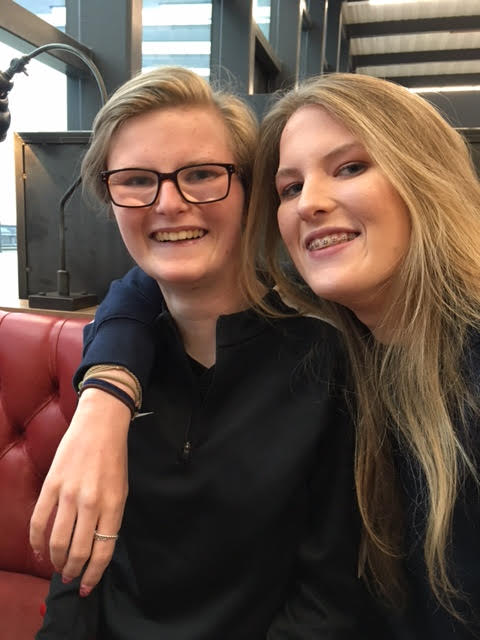 Louise Drake took her twin daughters Esmee and Eliza, 16, to the cinema on Sunday as a special treat, as the girls are deaf and it’s difficult to find subtitled screenings.

But to their dismay, the film started without subtitles. When they alerted staff, the film was stopped, and an usher explained it would restart with the subtitles, to loud complaints from some hearing members of the audience.

Then a few minutes later, staff announced that the non-subtitled version would instead be shown. Louise and her daughters plus another deaf man and his brother were offered refunds.

After the incident was publicised on the Limping Chicken blog yesterday, the cinema chain blamed a technical fault.

But many other deaf cinema goers said they had often gone to advertised subtitled showings at Odeon cinemas where non-subtitled versions were instead shown – and Eliza and Esmee themselves said this was not the first time this had happened to them.

Louise, who works as a signing support worker at Hamilton Lodge school for deaf children, said the whole experience had been humiliating, particularly the heckling by the rest of the audience when the film was stopped.

She said: “It’s so difficult, I have got two deaf teenagers who can’t follow and film without subtitles, and one of them is desperate to see Star Wars. Subtitled films are so few and far between.

“I’m not interested in compensation or free tickets. All I want is the cinema to do what they say they’re going to do.

“The people in the cinema that night were vile. A big crowd of hearing people have had a moan about not wanting to sit there with subtitle words on the screen.

“The girls stood and said to the rest of the audience you will get used to them in a while. It was humiliating.

“My daughters probably get one screening a month if they’re lucky. Hearing people can go to see hundreds of screenings a month without subtitles.

“If this was a technical fault, then they must have a lot of technical faults. From the comments on the Limping Chicken story it seems this happens a lot, and it depends on how strongly the deaf people complain as to whether they do put the subtitles on. It has happened to my daughter at other cinemas too.”

In the end Louise, Esmee and Eliza, who live in Westdene, went to see the film at Cineworld last night – after checking several times that the subtitles would be on.

A spokeswoman for Odeon said: “Unfortunately a technical fault prevented us showing Star Wars: The Last Jedi with subtitles on Sunday 17 December. Our team sincerely apologised to the guests affected, offering full refunds and passes to return on a date of their choice.

“We’ve now fixed the fault, and look forward to welcoming guests back through our doors soon.”