A 21-year-old Portslade man has been jailed for stabbing his love rival and former friend on Hove seafront after finding out about his affair with his girlfriend.

Tyler Hallett, of Tozer Court, Vale Road, Portslade, climbed up scaffolding and stabbed Steven Marchant repeatedly outside the house where he was working in Kingsway, Hove. 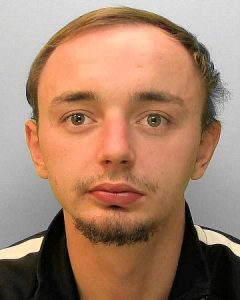 Mr Marchant suffered a punctured lung, a wound to his back and cuts to his hand.

His hand was cut as he tried to disarm Hallett.

And he needed a chest drain to support his punctured lung, Sussex Police said.

The attack happened on Tuesday 19 September after Hallett, a father of two, found out that his girlfriend Chelsea Turner had had an affair with Mr Marchant.

Sussex Police said: “Hove Crown Court heard on Friday (12 January) that Hallett, who appeared for sentencing, found his victim was up some scaffolding, working.

“He climbed the ladder to the structure and stabbed him repeatedly.

“He then ran off and refused to co-operate with police officers when he was arrested and later denied he was the attacker in the CCTV footage which captured the incident.

“Hallett had pleaded not guilty to wounding with intent and possession of an offensive weapon in October but changed his pleas the following month.

“Judge Paul Tain sentenced Hallett to 10 years, stating he must serve at least two thirds of the sentence and there will be an additional four years of supervision if he is released on parole.” 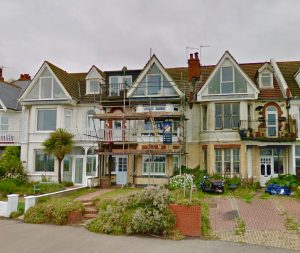 The site of the attack in Kingsway on Hove seafront