Brain training devised by a Brighton clinical researcher can cut the number and frequency of epileptic seizures in patients who have not responded to drug treatment.

Details of the groundbreaking research have been published in The Lancet and Cell Press journal Ebiomedicine.

One in 100 people suffer with epilepsy – 50 million people worldwide – with about 30 per cent of them apparently unable to benefit from drugs to manage the condition.

About half of those taking part in clinical trials reported that the technique reduced seizures by 50 per cent or more.

It was invented by Yoko Nagai, Wellcome Trust Research Fellow at the Brighton and Sussex Medical School, run jointly by Brighton University and Sussex University.

The technique is seen as an alternative to medication by teaching patients to train their brains to be more alert.

Previous mental techniques have been aimed at relaxing the brain to reduce seizures but Dr Nagai’s research found the opposite was true – that training patients to increase their levels of alertness helped them to become better at calming their brain and reducing seizures.

Volunteers used an animated computer programme that responds to a person’s level of alertness.

They were shown how to increase their alertness by learning to move a computer-generated animated figure towards a desired goal.

The method relies on “lie detector” technology, with sensors attached to patients’ fingers.

Patients focus on the computer figure and the sensors pick up brain and body activity including emotional distress and alteration in the sweat glands and these, in turn, signal the figure to move.

The technique teaches patients to acquire a sense of control by concentrating on the screen activity.

In a previous randomised controlled trial with 18 patients, 60 per cent of drug resistant patients demonstrated more than 50 per cent seizure reduction after a month of therapy.

And two who went on to keep a record for three years after their “training” continued to have a greatly reduced number of seizures with learnt techniques. 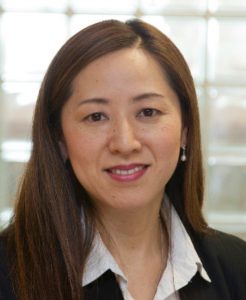 One volunteer reported being free of seizures for the first time since developing epilepsy six years previously.

For the current trials, 40 patients with drug-resistant temporal lobe epilepsy, aged 18 to 70, were recruited for a controlled trial from three screening centres.

Some 45 per cent of patients demonstrated a reduction in seizures of 50 per cent or more.

“This approach is non-pharmacological, non-invasive and seemingly side-effect free.”

She now hopes further collaborations may lead to a simple online digital computer programme being developed for patients to use anytime and anywhere in the world.