A Brighton business is hosting a new breed of angels who light the way for crowds brave enough to invest online but wary enough to want to minimise risk.

They are part of the burgeoning crowdfunding sector – a strand of fintech responsible for raising billions of pounds over the past few years.

Some crowdfunding involves charities and community groups seeking donations like the campaign to save The Greys pub in Hanover.

And many commercial examples have benefited from being exempt from rules governing financial prospectuses.

But there are exceptions such as Shadow Foundr which, rather than just provide a platform, vets proposals and tests the appetite of its own network of angel investors before crowdfunding can begin.

If the professionals – or real-life “dragons” – are prepared to put up 30 per cent of the pitch target, Shadow Foundr will host the crowdfunding campaign.

This discerning approach is paying off for a growing roster of early-stage and small to medium-sized enterprises (SMEs), with more than £16 million raised over the past two years.

One of the latest success stories – TV and video advertising tech specialist Honeycomb – raised just over its £300,000 target through 19 investors.

The London company works with advertising agencies and their creatives, broadcasters and others involved in the video ad supply chain to make the whole process faster and smoother.

One of the current crowdfunding campaigns is for an innovative Brighton business, LIfT BioSciences, which is building the world’s first cell bank of cancer-killing white blood cells.

The company was started by Alex Blyth after he lost his mother to pancreatic cancer – the first disease being targeted by LIfT Bio.

Twenty seven investors have pledged £230,000 already, with the company aiming for a target of £250,000 before the funding window closes in five days’ time.

Collectively, the team at Shadow Foundr has raised in excess of £80 million in equity funding from their networks of business angels and investors over a period of seven years. 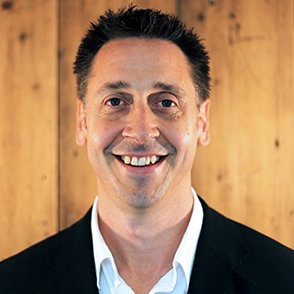 “We understand crowdfunding is an exciting concept but we also understand the importance of putting the investors’ interests and compliance at the core of the activity.

“Extensive due diligence is carried out by the team, valuations and entrepreneurs are questioned in depth and the validity of opportunities is scrutinised before we seek firm commitments to fund a significant proportion of a target amount through our existing investor network.

“Once these commitments are in place, our platform allows everyday investors to invest directly into these pre-vetted, early-stage companies and small to medium-sized enterprises.”

Shadow Foundr’s ability to call on an established network of business angels and other professional investors, including family offices, venture capital and other authorised financial institutions, to commit to an opportunity before it is presented on the platform, should provide comfort for crowd investors.

According to a report by sector analysts at Crowdfunding Hub, the “alternative finance industry” is more mature and valuable in the UK than anywhere else in Europe.

Banks and venture capital funds are sitting up and taking notice of the competition – and the sector itself is alert to calls for greater transparency.

Shadow Foundr not only has FCA (Financial Conduct Authority) authorisation but is prepared for the tougher regulatory framework known as MIFID II, which was due to come into force earlier this month.

As Crowdfunding Hub said: “The future has a great deal of promise for the UK crowdfunding industry if it continues to grow while retaining its ability to be distinctive and addressing areas that the market has historically underserved.”