Work has been halted at a site in Portslade after neighbours accused the developer Crest Nicholson of environmental vandalism. 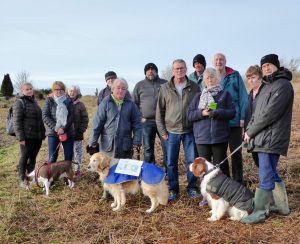 Angry residents in Mile Oak spoke out as the company cleared a green space as part of its preparations to build 125 homes.

Crest Nicholson was given planning permission to build on the site, next to Overdown Rise, by Brighton and Hove City Council Planning Committee last September.

They started to clear the site on Tuesday (23 January) but residents became alarmed when they saw the company’s sub-contractors at work.

Councillor Peter Atkinson, who represents North Portslade, said: “There was heavy plant on site and the works staff appeared to be pulling everything up in their path.”

He immediately contacted the council’s Planning Department to ask for the “method statement” which details how the ecology on a site like this is to be protected and is always part of a planning application.

There did not appear to be one in place so the Labour councillor then contacted the county ecologist, who advises in cases like this.

The work was subsequently stopped but not before a huge amount of shrubbery, scrubland and gorse had been destroyed. Sussex Police were also consulted.

Crest Nicholson had sent a letter to residents assuring them that the work would be carried out in a sensitive manner but this appears not have been the case.

Local residents hit out at what had happened. One, Jennie Cockburn, said: “The letter that was sent out stated that hand-held and low-impact machinery would be clearing this beautiful space, under supervision of an ecologist – nowhere to be seen.

“We have seen diggers and tree shredders on this space making lots of devastation as it goes, with total disregard of the environment and animals that inhabit that area, like foxes, badgers, newts and currently hibernating adders – a protected species.” 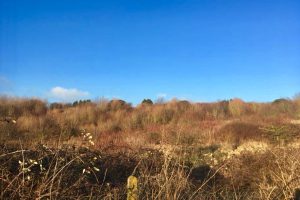 Another, Ian Martin, said: “Crest Nicholson have gone on site without the method statement being assessed and have decimated the site with heavy machinery, instead of the hand tools they should have used, to supposedly do an ecological report.

“There won’t be much wildlife left. It’s a possible nature crime being reported to the police.”

And Jo Hawse-Daly said: “As residents we have watched with alarm and dismay as the land behind Gorge Close has been cleared, with no apparent care or attention to habitat or wildlife.

“I understand that a certain amount of ground work is needed to prepare for an ecology survey, however, sub-contractors have chopped down trees and stripped and decimated a large area of the site and only stopped when the local councillor and planning officer intervened.” 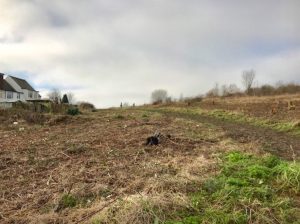 Adam Walker said: “In response to them saying that endangered species would be moved once it’s cleared is utter rubbish.

“What can you move that’s already dead? I’m sure that many of them could have been located and moved while still in hibernation rather than them now being disturbed and potentially killed as it is unlikely the workers would be able to see them.”

Councillor Atkinson is calling for work not to recommence until an investigation has been carried out into exactly how this clearance took place.