Brighton patients are pleading for the return of a diabetes doctor who has been suspended for unethical practices when writing academic papers – including acknowledging a fictitious doctor because his invented name made it easier to find papers on Google. 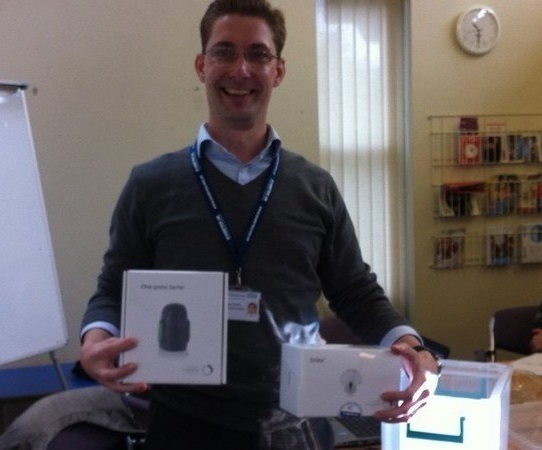 Dr Paul Grant, formerly clinical lead for the Royal Sussex NHS Trust’s Diabetes Care for You service, was also found to have not to have fully consulted colleagues he listed as co-authors on other papers – including submitting papers without telling them, making changes they requested, and even forging their signatures.

And he was also found to have breached patient confidentiality by accessing the records of patients at Kings Hospital whose care he was not involved in – and fabricated data when it wasn’t readily available.

He stood down as clinical lead before being suspended for four months in September – but his suspension was extended last week after fresh allegations that he had put extra letters after his name while working for the Nuffield Hospital last year.

However patient Andrew Christie says that as well as looking after him, Dr Grant has saved his sister’s life twice, and is urging the Medical Practitioners Tribunal Service (MPTS) to revoke his suspension.

And a petition he has launched has already garnered scores of signatures.

Mr Christie said: “Despite these errors we still support Dr. Grant and want him to come back to work. Doctors are human too. He knows he went wrong but he is now a loyal and trusted doctor who works hard for patients and groups locally.

“Currently there is a significant lack of diabetes specialised doctors in Sussex. We have a strong family history of diabetes. He has saved the life of my sister on two occasions and has looked after me for years.

“Prolonged suspension is extreme. It does no-one any favours. It’s a crisis of failing people with diabetes if he is not forgiven.

“We care because he cares for us.”

The medical practitioners tribunal held in September found a catalogue of allegations relating to how Dr Grant had played fast and loose with the academic papers he had submitted were proved.

Its published determination said: “You have confirmed that ‘Dr Derek Lington’ is a fictitious person. You said that you created the name for two reasons. The first was that you intended it to be ‘an amusing joke’ and referred to number of ‘serious medical authors’ who have used pseudonyms.

“Secondly, the use of the name was for it to be used as a ‘Googlewhack’, allowing you to search more easily for papers that you had written on the internet.

“You said that there were a number of people called Dr Paul Grant working and publishing and there have been occasions when publications were misattributed. You said that the name ‘Dr Derek Lington’ was unique making internet searches for your published work easier.

“It was the GMC’s case that acknowledging a fictitious person in a medical journal article was inappropriate as it implied that some other actual person has made a contribution to the paper.

“Further, that thanking a fictitious person alongside real people with scholarly reputations in the field, undermines the value and purpose of the process, which the GMC submitted, is a long-established convention for acknowledging contributions which fall short of those required for authorship.”

It added: “The tribunal heard from a large number of witnesses who were experienced authors and co-authors of learned papers and considered that it was clear that a very real relationship of trust arises between authors and co-authors in the preparation of a paper for submission to a journal for publication. Not least, this is because professional reputations are gained or lost by the quality of the paper produced in these collaborations.”

Dr Grant was also an editor of the British Journal of Diabetes from 2014 until the complaint was made about him in March 2016, and he resigned. He also did not take up a post as editor in chief of Clinical Medicine, the journal of the Royal College of Physicians.

It was after this, in late 2016 and 2017, that he is accused of using the letters FRCP – Fellow of the Royal College of Physicians – after his name on the website of the Nuffield Hospital, and in signatures from his Royal Sussex NHS Trust email.

A rescheduled three-day hearing into the new allegations will now take place on 15 to 17 May this year.