An equal pay policy which sparked Brighton and Hove’s infamous long-running bin strikes appears to have worked with the news that women are now paid more than men at the city council. 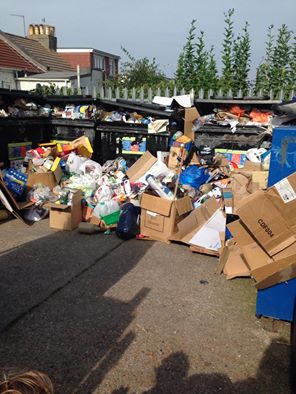 In 2013, the council moved to standardise allowances and expenses in the wake of a 2010 court victory by cleaners, admin workers, dinner ladies and lollipop ladies who worked for Birmingham City Council who earned as much as a quarter of men on the same pay grade.

But when Brighton and Hove City Council took action to ensure they were not open to similar action, it sparked the most infamous bin strike Brighton has seen – and critics of the then Green administration had a field day.

Today, on International Women’s Day, the city council has announced that women are now earning on average 6% more than men – although it says this is largely down to the fact more women are in senior roles or in positions which are paid “market supplements” – i.e. salaries need to be higher in order to attract any applicants. OF the latter, most are social workers in children’s services.

Cllr Emma Daniel, chair of the neighbourhoods, inclusion, communities and equality committee said: “The gender pay gap report shows that our council is committed to inclusion for our female workers, and we’re showing other council’s the way forward.

“I’m pleased that our approach to fair pay and grading, family friendly employment policies and a commitment to diversity in the workplace has enabled women to develop careers with the council.

“We’re not going to let that take our eye off the ball, and we’re committed to ensuring the council is a fair and inclusive place to work for everyone regardless of gender.

“We’ll be looking at this data and considering what further actions should be taken.

“In the age of the #MeToo campaign there has never been a more important time to keep motivated and #PressforProgress on International Women’s Day.”

The gender pay gap is defined as the average pay gap between male and female staff in hourly pay. All employers with more than 250 employees must now publish their gender pay gap report annually.

International Women’s Day is a global day celebrating the social, economic, cultural and political achievements of women. The day also marks a call to action for accelerating gender parity and is urging communities everywhere to #PressForProgress.

A report on the council’s gender pay gap can be found here.