Two local NHS chief executives are among the best in the country, according to an annual league table produced by HSJ (Health Service Journal).

The recognition comes three weeks before the anniversary of Mrs Griffiths and her top team taking the reins at the trust.

As well as the Royal Sussex, it includes the Royal Alexandra Children’s Hospital and the Sussex Eye Hospital in Brighton and the Princess Royal Hospital in Haywards Heath.

She and her colleagues continue to run Western Sussex Hospitals NHS Foundation Trust which includes Southlands in Shoreham, Worthing General and St Richard’s in Chichester.

Mike Viggers, who chairs the board at BSUH and Western, said: “Marianne Griffiths is an inspirational hospital leader and that she should be ranked by the HSJ as the country’s best NHS chief executive is a reflection on all she has achieved.”

She was the service director for Brighton and Hove, responsible for Mill View Hospital, on her way to the top job.

Mr McLellan said: “Marianne Griffiths has had a meteoric rise. She went straight into the Top 50 at number three last year after recovering from a serious illness to take Western Sussex to an outstanding Care Quality Commission rating.

“Ms Griffiths moves up to number one on the back of the continuing excellence of Western Sussex and her work attempting to turn round Brighton and Sussex University Hospitals Trust, where she is also chief executive.

“Chalices do not come much more poisoned than Brighton with its horrendous mix of performance, finance and governance (race) issues.

“It would be very surprising if Ms Griffiths was not the kind of chief executive Jeremy Hunt had in mind when he suggested that those taking on the toughest jobs in the NHS should be better rewarded by the annual honours system.” 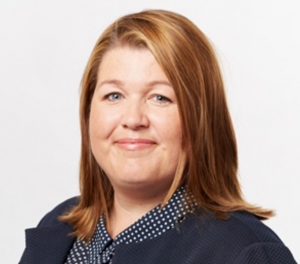 Sam Allen said: “This is a positive reflection of everything staff at Sussex Partnership have achieved to continue improving services for patients, families and local communities.

“It’s a privilege to be part of an organisation which the Care Quality Commission has rated ‘outstanding’ for being caring and to work alongside such committed colleagues who are passionate about patient care.

“I’m delighted to see that women have taken the top three spots in the HSJ rankings and that mental health features so prominently.

“I’m also particularly pleased to see that Marianne Griffiths, CEO of Western Sussex Hospitals Foundation Trust and Brighton and Sussex University Hospitals Trust, is ranked at number one by the HSJ.

“This is fantastic news for our local health and social care system and for the local people we serve.”

The HSJ said that the judges took account of three main criteria in making decisions on the top 50 chief executives.

• The personal example set by the chief executive. This covers their leadership style and behaviours, including approach to mentoring and developing more junior staff, encouraging inclusive leadership, how they work with their board, both executives and non-executives, and their standing among their peers and their personal qualities.

• The performance of the organisation they lead, given the circumstances it is in. This will include performance against the key targets, financial performance, staff survey results and quality of care.

• The contribution the chief executive has made to the wider health and social care system. This might be through leading on important projects, either nationally or locally. Examples include success in leading a sustainability and transformation partnership, taking on a national role such as lead for an area of care or spearheading local improvements.