Dozens of police officers descended on Bevendean last night in a bid to track down a stolen motorbike – just three days after the police helicopter was used in the search for another bike.

The bike was stolen from Wilson Avenue in Whitehawk at about 4.30pm. But like the bike taken on Sunday, it was fitted with a tracker which allowed police to identify its location.

Residents reported seeing about ten police cars and vans around The Avenue last night at about 6pm – and by 7pm, the bike had been found abandoned on Coldean Lane.

However, as was the case on Sunday, the thief was not caught.

A police spokeswoman said: “Police were tracing a stolen motorbike with a tracking device which had been stolen from Wilson Avenue, Brighton.

“The bike was taken around 4.30pm on Wednesday (March 14) and was tracked around the city including Lewes Road, The Avenue and Wild Park. It was recovered abandoned around 7pm on Coldean Lane.

“No-one has been arrested.”

Meanwhile, Brighton and Hove police yesterday morning issued this picture of youngsters pictured on CCTV by a couple of motorbikes, asking parents if they recognised them. 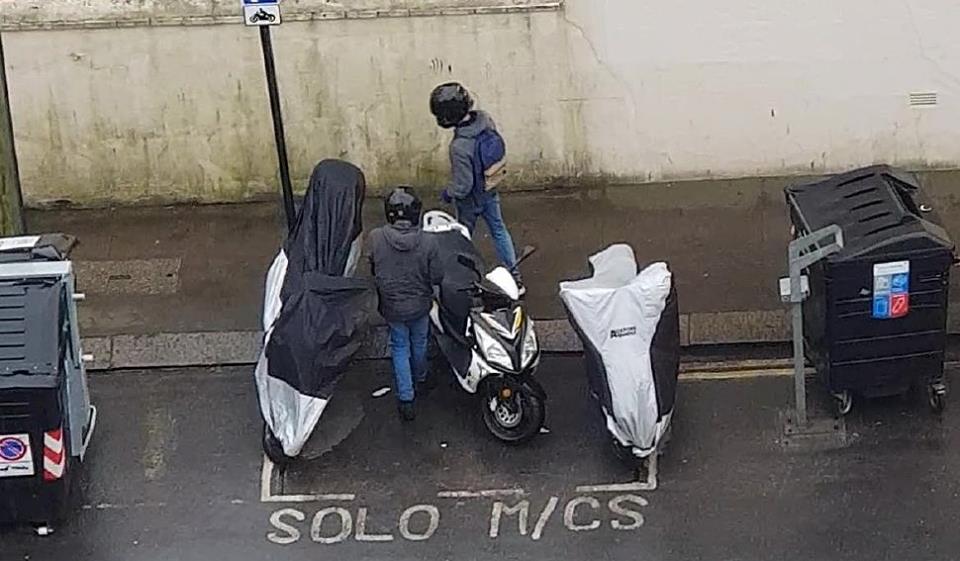 The Facebook post read “Are these your little angels out playing in Clarenden Road, Hove on 9th March 2018 at about 1430hrs? We are keen for any information to stop the theft of motorcycles and may possibly save their lives in the long run. OPHANDLEBARS.”