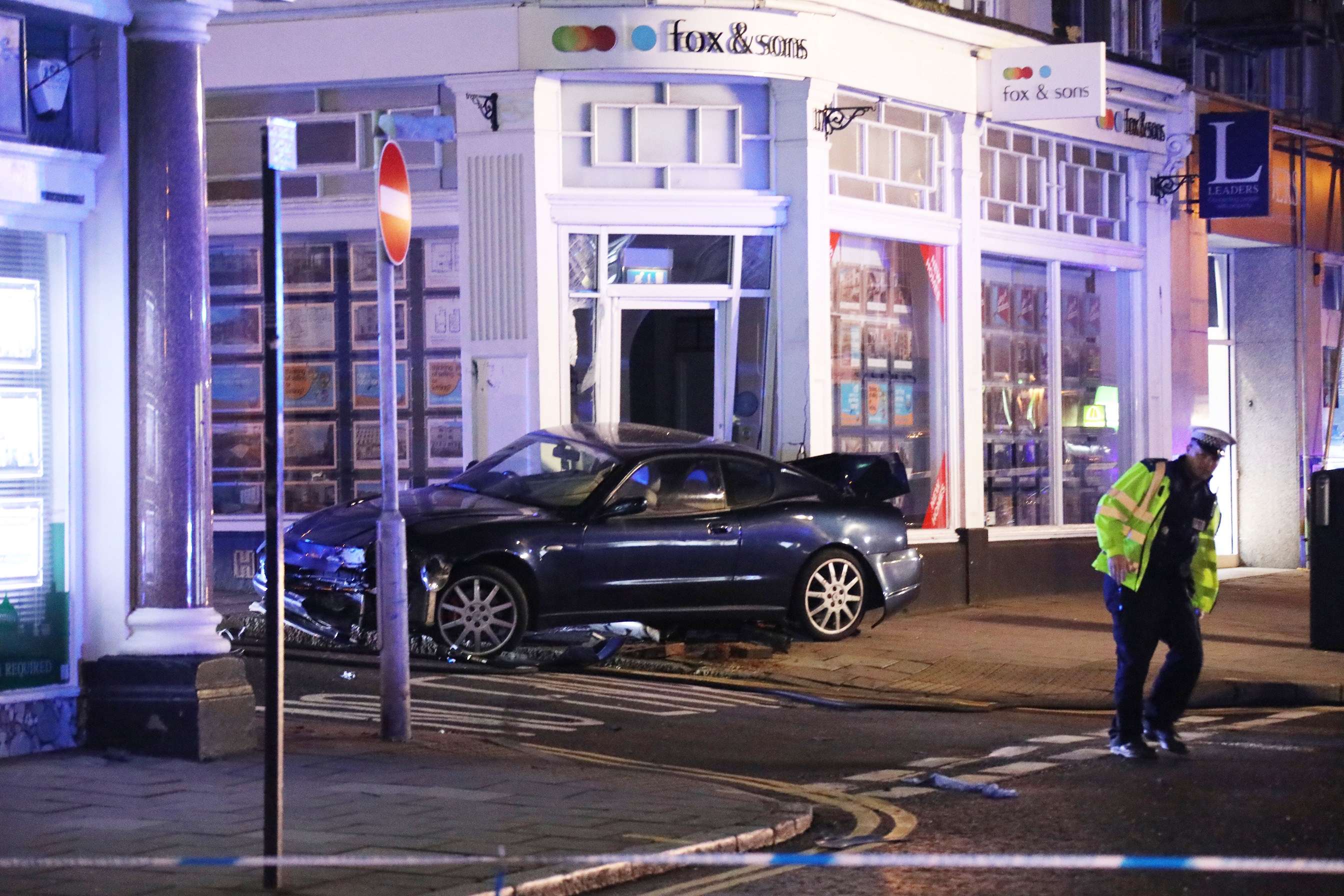 Two pedestrians were injured – one seriously – after being hit by a supercar before it smashed into a Brighton estate agents this evening.

The driver of the blue Maserati 3200 fled the scene after the crash which happened at around 9.30pm – at the same spot where several pedestrians were injured in a late-night smash last month.

The car ended up wedged into the front of Fox and Sons, near Norfolk Square, on the north side of the road. One witness said that he heard the car racing along the road followed by a couple of bangs.

He also said that the road was often used “as a racetrack” by high-powered vehicles, adding this was the ninth similar incident this year. 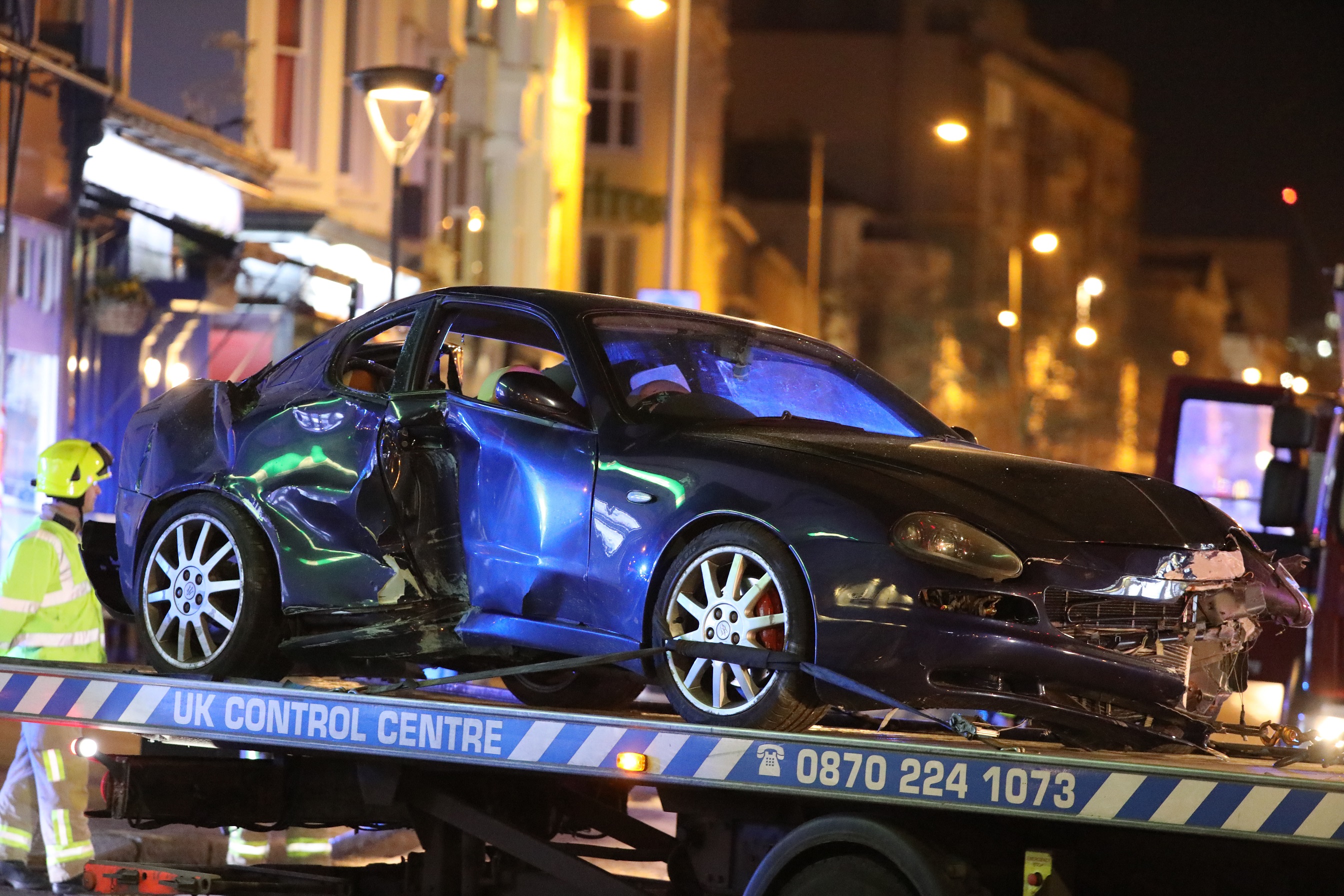 A Sussex Police spokeswoman said: “Police were called to Western Road in Hove at around 9.30pm. A Maserati car had collided with two pedestrians and a shop, Fox and Sons.

“The pedestrians were taken to hospital for treatment. Police are trying to trace the driver of the car who left the scene.

“Anyone who witnessed the collision or saw the vehicle in the area before the crash should contact Sussex Police quoting incident 1198 of 28 March.” 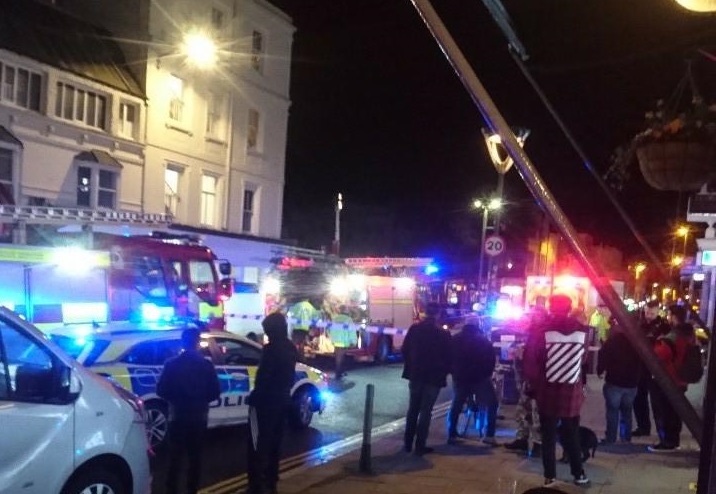 Buses were diverted around the crash scene while emergency services were at work.

One of the “no entry” signs at the bottom of Borough Street was completely flattened by the force of the crash.

It happened just yards away from another late-evening smash last month, in which a car mounted a pavement and hit several people before crashing into a phone box on the other side of Western Road.

Several pedestrians were taken to the Royal Sussex with minor injuries after the incident on Friday 9 February at about 10.40pm.

A man was arrested for driving offences, Sussex Police said at the time. 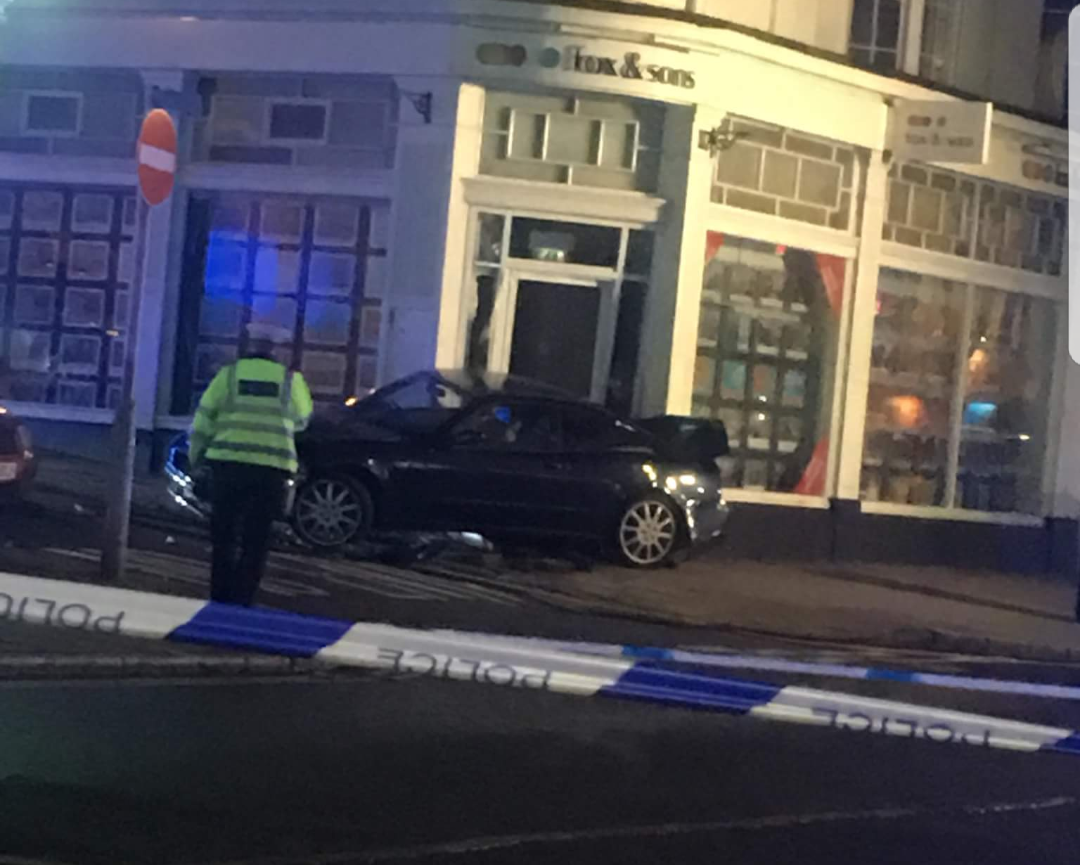