Chaos surrounds the way that the latest benefit rule changes are being brought in and they will hit poorer families hardest, according to Hove MP Peter Kyle.

Mr Kyle said that the changes to “support for mortgage interest” (SMI) are likely to push people on low incomes into debt and cause real hardship.

They will also create problems for people who want to downsize to move to supported accommodation such as a care or nursing home.

From last Friday (6 April) support for mortgage interest changed from a benefit payment to a loan which will be managed by a private company, Serco.

Mr Kyle said: “Only 14 per cent of claimants have agreed to take out the loan and 30 per cent have already declined the loan.

“Five thousand people had not even received an initial letter from the DWP (Department for Work and Pensions) just two weeks before the change is due to take place.

“The DWP had also still not managed to contact over a third of claimants by telephone to explain the change.

“There is a real danger that people who try to manage without taking out a loan could try to manage by cutting back on essentials like heating instead.

“There are concerns too that many could be at risk of going into arrears.”

Mr Kyle asked Work and Pensions Secretary Esther McVey about the changes in a parliamentary question.

He was told that 11,000 people received support for mortgage interest in the south east.

Homeowners can receive support if they find themselves in difficulty with their mortgage payments, usually due to redundancy, disability, or a shortfall in their pension income.

The change will affect the lowest-earning households, already in receipt of other state benefits such as pension credit or disability benefits, who may be pushed further into poverty.

Under the new system, people will have to pay back the loan if they sell their home.

Mr Kyle said that this may make it harder for people to downsize in later life and it may also be a problem for people who need to move because they need expensive specialist residential care. 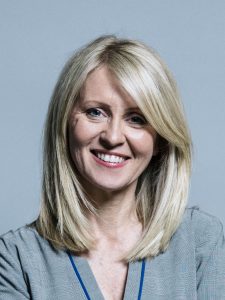 Many SMI recipients have reported poor communications from Serco, with many not having queries answered, Mr Kyle said.

The government had previously estimated that just 5 per cent of working age and 10 per cent of pension age recipients would not take up the loan.

The government’s own figures now show that 30 per cent have already decided not to take out the loan, with thousands yet to take a decision.

The government has conceded that they will not stop the benefit where it has not contacted claimants in time – but it has refused to pause the change of SMI to a loan for all recipients.

Mr Kyle cited a forecast by Royal London Insurance that a 10-year SMI loan could cost homeowners more than £11,700 in repayments.

The Labour MP added: “Support for mortgage interest is an essential lifeline that helps to keep a roof over people’s heads.

“The government wants to save money but they’re not thinking about the impact on home ownership this will have, particularly on pensioners and vulnerable disabled people.

“By pushing ahead with this change, the government is failing to support home ownership and undermining the principles on which our social security system is based.”