The policy change comes after the Sussex police and crime commissioner Katy Bourne won permission to impose an above-inflation 7.8 per cent rise on council tax bills.

But Sussex Police will still be operating with fewer officers than it had before austerity measures were brought in after the 2008 credit crunch.

The details are set out in a document published today – the Sussex Police Transformation Strategy 2018-22.

The force shed a fifth of its officers and more than half of its police community support officers (PCSOs) in seven years.

And over eight years, from 2010, police chiefs have had to take £88 million out of their budget.

This year the £12 council tax rise – known as the police precept – means an extra £8.5 million a year for the force to spend after years of cuts.

Chief Constable Giles York said that he was determined that the public would feel the difference as he made changes after the £1 a month increase for local taxpayers took effect.

Mr York said: “Over the last few years, we have dealt with significant challenges created by the financial constraints in which the force has found itself.

“This has meant difficult decisions have had to be made resulting in fewer people than we had before.

“Some areas of policing are stretched due to increasing demand and a change in the complexity of what we deal with.

“This change in our financial position has created an exciting opportunity to strengthen areas where it is needed most.”

Mr York has introduced a number of reforms aimed at enabling the reducing number of officers to work smarter and faster, avoiding duplication and reducing bureaucracy.

And with police stations closing but new technology being used, Sussex Police has previously said that officers had been enabled to spend more time in the communities that they serve.

Today, in the Sussex Police Transformation Strategy, Mr York said: “Since 2010, we have transformed and modernised significantly while saving nearly £90 million to balance the books and maintain service delivery.

“As a result of the new precept uplift I am now in a position to signal an exciting step change for the future.

“Our determination to push forward with substantial change, collaboration and technologically driven improvements is undiminished. 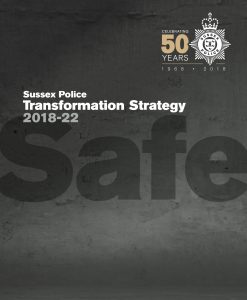 “This 2018-22 transformation plan describes where we will strengthen policing across Sussex and explains why.

“Detailed plans are currently being developed but I have been clear that we must share our approach as quickly as possible with our staff and the public.

“It’s vital that work continues to improve our efficiency and make Sussex fit for the future. We must continue to modernise so that we can keep pace with, and meet, the significant changing demands on our service.

“We still need to save a further £3 million. The precept increase, together with the release of reserves of £17 million, allows us to strengthen local policing in a way we couldn’t have planned for before – and to do so immediately.

“The change programmes we have under way have been based on a robust analysis of how and when people need us the most, always using the principles of threat, harm and risk, and resourcing those programmes based on demand.

“This important work must continue even with this change in our financial position. 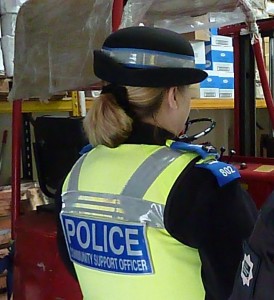 “We will be prioritising areas where communities face the greatest challenges and where we are most stretched.

“This will include an increased focus on preventative policing, investigating the most harmful crimes and continuing to be accessible when communities need us.

“I do not underestimate the impact a tax rise will have on people and so I am absolutely determined that the public will see and feel a difference locally in the service we provide with this money.”

As well as 200 extra officers over the next four years, the reprieve of almost 500 jobs and a review of PCSO recruitment, Mr York promised “additional officers joining local prevention teams to increase visibility and accessibility, encouraging people to talk and share their knowledge of their neighbourhood and solve local community issues such as anti-social behaviour”.

He said: “This will enable a wider spread of local prevention resources and a greater capacity to work with communities and partners to address local concerns.”

The chief constable also signalled “increased resources within the ‘community investigations teams’, a successfully proven element of the new local policing model, to meet demand better as they deal with crime series, such as burglary and organised crime”.

There would be, he said, “improving ways for the public to contact the police about non-emergency matters in ways that are convenient to them, including a new online portal for reporting incidents and contacting the police.” 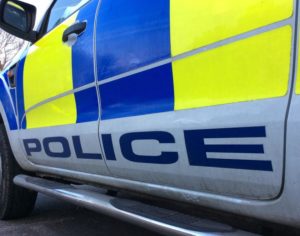 And he promised “continued modernisation of services so that officers and staff have the right skills and tools to respond to the increasingly complex policing challenges they face, such as automatic number plate recognition technology in all frontline vehicles, to support aims to reduce injuries on the road and fight crime”.

The move will see more officers working where they are most needed, prioritising the areas where the communities face the greatest challenges and where the force is most stretched.

Mr York said: “I am absolutely committed that the public and police colleagues will feel a difference over the next four years, now that we will have more money than we had previously expected.

“This means we can increase our presence within communities, enhance our investigations teams and improve accessibility when people want to get in contact.

“Local policing is at the heart of everything we do and continues to be the foundation of the service we provide to keep people safe and feeling safe.

“We are undertaking an enormous recruitment drive over the next few years on a scale we haven’t seen for a long time. Recruiting more police officers and putting them where they are most needed puts us in the best position to achieve our aim as well as further modernising our service.

“I am grateful for the commitment of all officers and staff in keeping people safe and making a real difference in the community.”