A Brighton man who was jailed for helping a hit and run driver to try to cover up his crime has had his prison sentence cut. 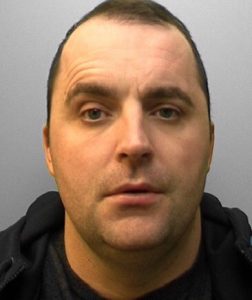 Clark Walker, 33, of Ditchling Rise, Brighton, was in the passenger seat of a Fiat 500 when builder Adam McDermott smashed into Andy Payne, who was 53 at the time.

The pair left Mr Payne for dead in the street in Montague Place, Kemp Town, but the crash was captured by a couple of security cameras.

Footage uploaded to YouTube was viewed millions of times and helped detectives from Sussex Police to establish the identity and involvement of the pair, including their parts in the crash and cover up.

The hit and run happened at about 3.40pm on Thursday 14 January 2016 when McDermott, 33, of Vernon Terrace, Brighton, turned left from Bristol Road into Montague Place.

Walker and McDermott, who was not even insured to drive the car, abandoned the badly damaged Fiat just under a mile away in Madehurst Close, off Whitehawk Hill Road.

They tried to set fire to the vehicle, which belonged to McDermott’s girlfriend Robyn. They hoped to burn the evidence and make it look as though the car had been stolen.

Afterwards Walker and McDermott were seen to disappear into Beresford Road, which is connected to Madehurst Close by an alleyway. This was where the pair set fire to the car.

The lighter fluid was found in the car after the pair unsuccessfully tried to torch it. They only managed to burn the front seats.

At the Court of Appeal on Friday (27 April) Walker’s appeal against his sentence was upheld, with his term reduced to 10 months.

As a result he was expected to be released imminently.

It is not Walker’s first stint in prison. He was jailed in 2007 for four years for a carjacking in Ditchling Road, Brighton.

During the incident, Walker, who then lived in Bromley Road, Brighton, threatened a driver with a samurai sword.