Buskers may be silenced in Pavilion Gardens in Brighton

Live music may be silenced in the Royal Pavilion Gardens if people opt to ban buskers in a public consultation. 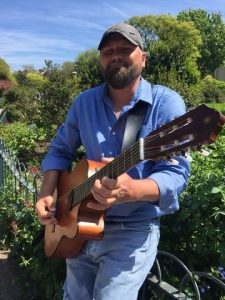 As well as the option to ban buskers, Brighton and Hove residents are being asked if they would like keep them as they are, offer selected time slots, ban amplified music or audition musicians.

Hungarian guitarist Lazlo Jakob, 43, started busking in the city when he fell on hard times five years ago.

Using a loop pedal, he plays over his own recording through an amplifier.

He said: “I like the audience here. People sit down and listen.

“Here I have a feeling of being on stage and this is the only place where I can play where people are sitting and listening.

“I am very proud of the music I give to the people.”

Office worker at G2 Legal, Yasmine Churchill, 27, enjoys the variety of buskers as she has lunch in the gardens most weekdays during the summer.

She said: “I love it. It’s really relaxing and gives the area a bit of character.

“There’s always a variety of stuff which is amazing.” 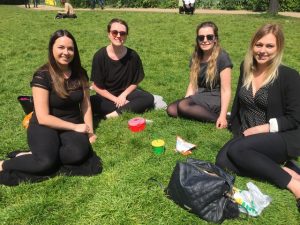 Her colleague Tess Austin, 23, was not keen on the idea of auditioning buskers.

She said: “You will end up with the same sort of thing here.

“What I like is the variety of music. It is totally random.”

He said: “They shouldn’t change a thing. It should be free to busk here as you see the city in its most artistic form. It’s a fantastic site that’s perfect for busking.”

Brighton and Hove has a rich history of producing musicians. Many now learn their trade at BIMM in the heart of the city.

He pointed out that Covent Garden licenses buskers, many of whom have gone on to have successful careers, such as Eddie Izzard. 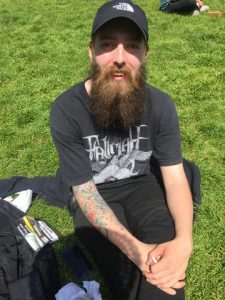 Mr Stewart said: “While it can look like local government stepping in where it’s not wanted, auditioning and licensing can also be a good element of quality control that ensures those present have the best possible experience – which also translates into the local economy because the cafés and shops in the areas get more business and so on.”

The results of the survey will support Brighton and Hove City Council’s bid for Heritage Lottery Fund money as part of phase two of the Royal Pavilion Estate project.

A council spokesperson said: “Busking has been part of the Royal Pavilion Gardens for a long time but we appreciate that people have differing views on it.

“We want to find out what people think and are open to people’s views on whether we should be looking at managing it in a different way.

“Any changes would be considered in relation to the council’s citywide busking policy.”

The public consultation is open until Friday 29 June at the Brighton and Hove City Council consultation site.