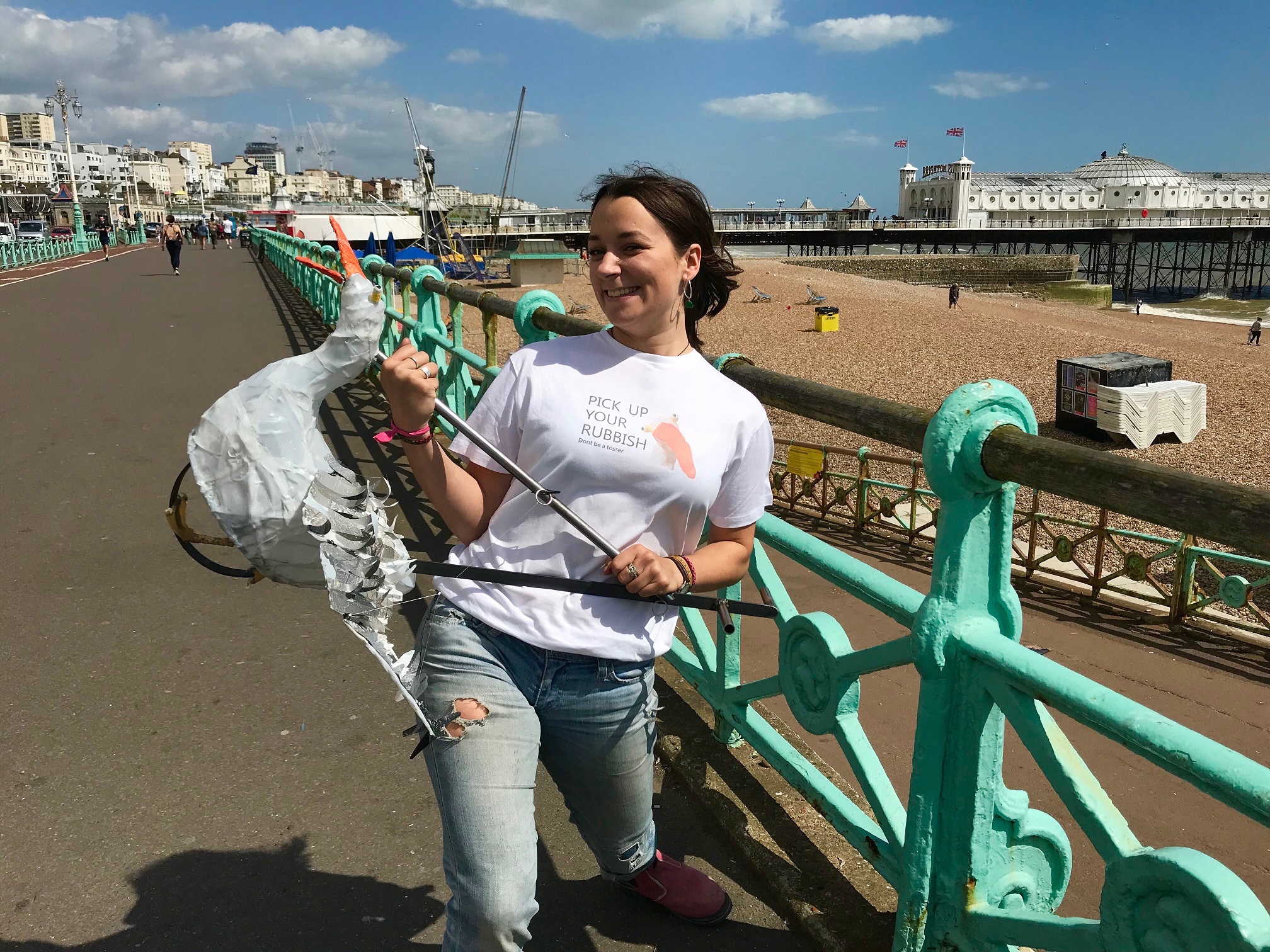 Two films featuring a litter policegull and a Big Fat Man’s trip to the seaside shine a light on how Brighton students see our beach.

The seagull film, produced by second year 3D Design and Craft student Annie Lumby, follows the Name and Shame bird as he attacks litterbugs on the beach.

And Till Lightfoot Pendered’s final year project showcases her “typical day at the seaside” creations – including the Big Fat Man and some of the comic creations he encounters on the seafront.

THE NAME AND SHAME SEAGULL ON PLASTIC PATROL. from Annie Lumby on Vimeo.

Annie said of her film: “The seagull runs and squawks at people who litter, hopefully making them too embarrassed to litter again.

“I was inspired by the huge devastating impact of plastic in the sea and consequences its having on sea life.”

“On the last Bank Holiday weekend alone, the beach was left under 45 tonnes of rubbish – hopefully, the seagull will help get the message across.” 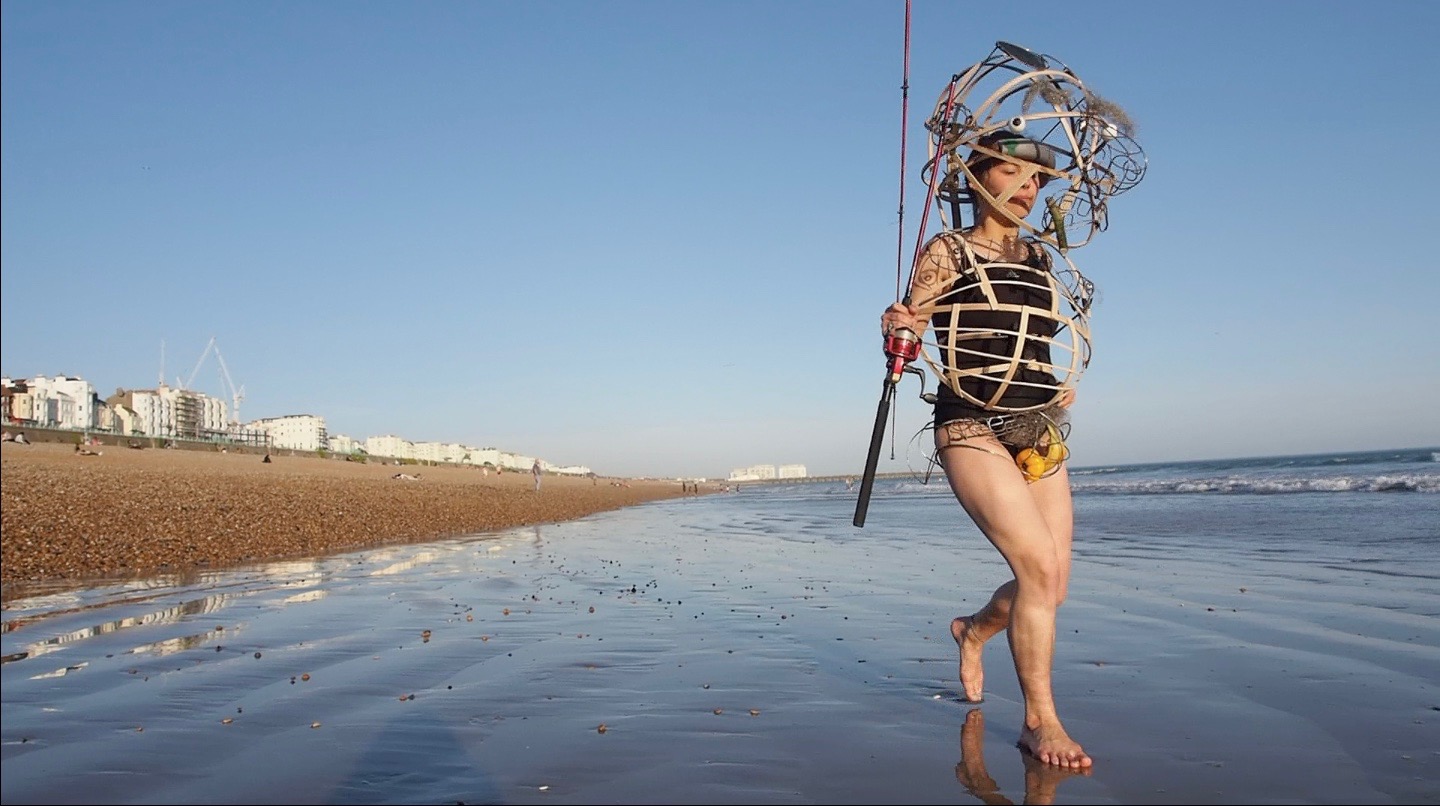 Till, whose film will be featured in the University of Brighton’s annual graduate show at the Grand Parade building, said: “The narrative depicts a traditionally testing British day out at the seaside, in which the protagonist Big Fat Man is subject to a series of comical disasters, resulting in his mysterious disappearance.

“The work celebrates the weird and wonderful workings of the human imagination to come up with hilarious ways to entertain.

“My making process begins with imagining and illustrating the characters. Then I draw in the air to build their structures, using steam bending and spot welding as the principle techniques for this.

“Adding to these structures, I find that the context and irregularities of found and re-appropriated materials create interesting dialogues within the works. This determines what I produce as much as the vision I start with and gives the work a life of its own.

“The purpose and identity of each costume links closely to the sea. The narrative refers to traditional sea tales, and pays homage to the drab seaside town feel of many of the coastal areas around England.”

The graduate show will be exhibiting works in the arts, design, architecture and media and is open to the public every day from 2-10 June in Brighton, and between 5-10 June in Hastings.