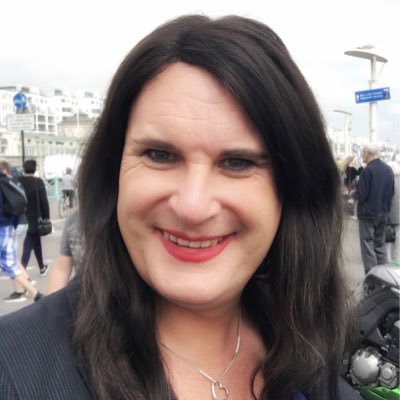 The row over a Brighton media personality’s bid to be reselected as a Labour candidate has deepened after party’s HQ insisted she should again be shortlisted as a candidate despite the local party’s misgivings.

Sophie Cook, a former Latest TV newsreader who now presents a show on Brighton’s Radio Reverb, was dropped as a potential candidate by the East Worthing and Shoreham party after questions were raised about the bankruptcy of her company Seeker News in 2013 – but this decision was overruled by Labour head office.

As a result, the other two candidates dropped out, scuppering the selection process. And now a new process has started – but the party’s National Executive Committee has insisted Ms Cook makes the shortlist once more.

Now, local members are writing to head office to demand transparency over the decision.

One party member, who wished not to be named, said: “The NEC overthrew the panel’s decision, and now they probably think that the party can’t be considered trustworthy enough to do it’s own selection. It suggests that the committee is incompetent or it lacks integrity.

“It’s a Momentum led panel – we are all big supporters of Jeremy Corbyn. It’s got nothing to do with anything other than the issues that were brought to our attention.

“It’s what people complained about during the Blair years, that local people didn’t get a say and now seems to be happening again.

“The Unite union is part of this. They back Sophie Cook and if you look at who’s making these decisions it becomes clear.

“We just have really got location election results. We did all this ourselves and I think we should be trusted.”

The row echoes a similar one last week in Lewisham East, where a by-election will be held following the resignation of Labour MP Heidi Alexander.

It was reported that Labour’s general secretary Jennie Formby and fellow NEC member Jim Kennedy – both from Unite – took Momentum-backed candidate Sakina Sheikh off the shortlist when it emerged she had supported rival party Take Back the City.

This decision was later reversed – and became academic when anti-Brexit candidate Janet Daby was selected by the local party.

Momentum founder Jon Lansman tweeted: “The Lewisham East selection convinces me that selecting candidates is always best left to local members with no interference from the NEC or the leadership, just a fair process.

“Members know best what representation their communities need. It’s time to have our democracy back!”

Ms Cook was taken off the shortlist by local members because she didn’t answer questions about the bankruptcy of Seeker News to their satisfaction. The company, which published a free newspaper in Poole, went bust owing almost £90,000 to creditors.

The administrators report, released in January last year, said that the directors – Ms Cook and her then wife Dawn – withdrew almost £25,000 from the company as loans to supplement their salary – money which there was no realistic prospect of being paid back following liquidation. HMRC rules then required tax to be paid on any loans over £5,000 at the rate of 25%.

It’s alleged that Ms Cook had not told the panel about the information in the first round interview, and could not satisfactorily answer their questions when they called her back having been informed about undisclosed irregularities.

Last year, sitting Tory MP Tim Loughton’s majority was slashed from 10,000 to 5,000, and many feel this makes it a winnable seat at the next election.

IN a letter to local party members, the NEC said: “The final choice of candidate will be made by East Worthing and Shoreham Labour Party members at a hustings meeting in the usual fashion.

“Members will also be able to vote to nominate candidates at their branch meetings prior to shortlisting. A timetable for this selection will be published soon, and we hope that there will be lots of applications so that members can be given a wide choice of candidates.”