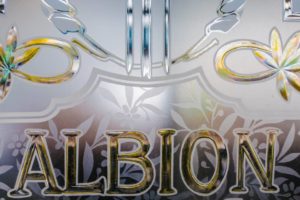 The Laine Pub Company owns 49 per cent of Mash Inns which, in turn, operated two pubs in the financial year to the end of September.

They were the Old Albion, formerly the Albion, in Church Road, Hove, and the Ladywell Tavern, in Lewisham, south London, which are both on 25-year operating leases.

Rents are based on a percentage of each pub’s turnover.

Since the financial year end two Brighton pubs have been added to the Mash Inns portfolio.

Mash Inns agreed a 25-year operating lease with the Branch Tavern, in London Road, in February this year.

And in April it signed a 25-year operating lease with the Saint George’s Inn, in Upper Sudeley Street, Kemp Town.

The annual accounts for Mash Inns were filed with Companies House on Friday (29 June).

They included a directors’ report which said: “The loss before tax for the year amounted to £110,000 (32-week period ended 30 September 2016: £11,000) primarily due to administrative costs incurred establishing the business operations.

“The directors do not recommend the payment of a dividend.” 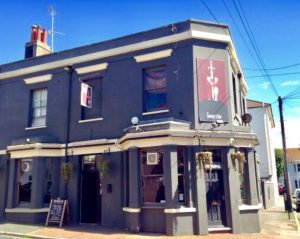 The directors include Gavin George, 52, and Gary Pettet, 57, who are also directors office  the Laine Pub Company.

Notes to the accounts included details of “related party disclosures” which said: “Mash Inns Limited made payments of £73,000 (2016: £27,000) to the Laine Pub Company Limited in relation to company management fees and various other recharges including repairs and renewals.

“Mash Inns Limited made trading purchases of £192,000 (2016: £64,000) from Ei Group PLC in relation to rent, drink products and various other recharges including insurance.

“Further recharges from Ei Group PLC of £453,000 were incurred in relation to the properties managed by the company, which were capitalised into tangible and intangible assets.

“The company also drew down £873,000 (2016: £nil) of a capital expenditure loan facility from Ei Group PLC and used some of the proceeds to repay the recharge noted above.

“The loan is due to be repaid from free cash flow generated by Mash Inns Limited. The loan has no fixed maturity and is non-interest bearing.”