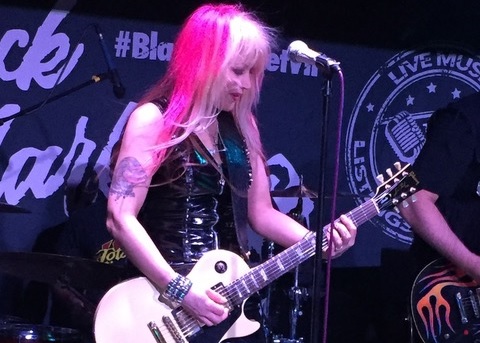 The very first time I saw Bristol punk rockers Vice Squad was way back in 1981. I seem to recall that it was more than likely at the Lyceum Ballroom in London. This still would have been the original 1979 original line-up of Beki Bondage (vocals), Dave Bateman (guitar), Mark Hambly (bass), and Shane Baldwin (drums).

When I became aware of the Blackmarket VIP gig announcement in Hastings, I jumped at the opportunity to see them again. I had in the meantime amassed the back catalogue of Vice Squad albums including the latest album ‘Cardboard Country’ which was released on their own Last Rockers label last year. 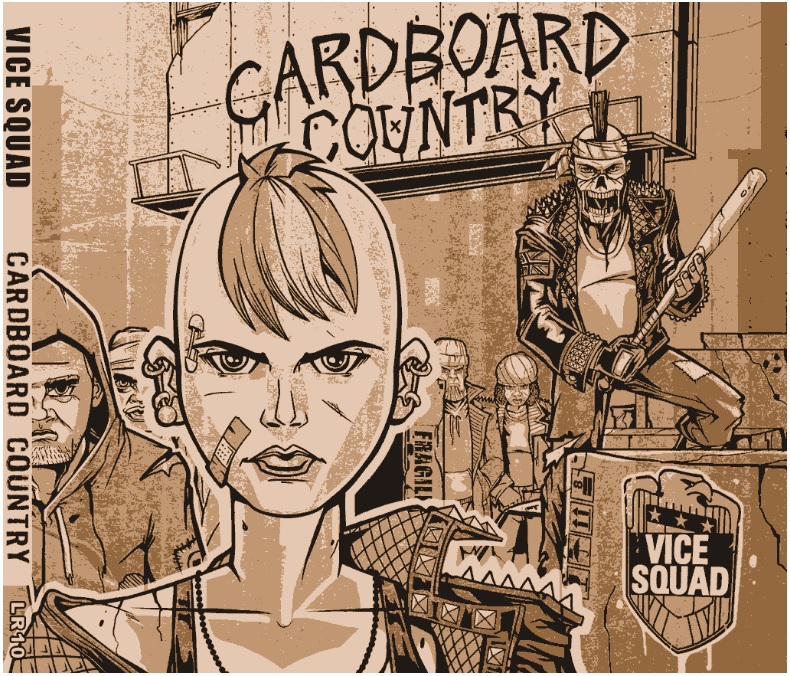 The ‘Cardboard Country’ album was launched off the back of a very successful Pledge campaign raising funds for the Shelter homeless charity in line with the album title.

Vice Squad are still fronted by raucous voiced singer/guitarist Beki Bondage, who understandably has been featured on the front cover of a number of influential music tabloids including Melody Maker, NME, Sounds, Record Mirror and Smash Hits. The band is 100% DIY and has no record company or management backing – they wouldn’t want it any other way! 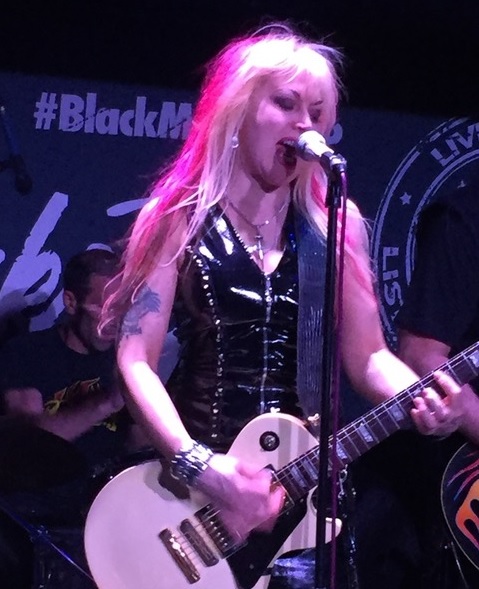 Beki Bondage of Vice Squad live at the Blackmarket VIP 2018

Since reforming Vice Squad in 1997, the band has released several albums with powerful punk songs that are very well received by fans and the press. In keeping with the DIY ethic the albums were recorded in the front room of Beki’s South London flat. 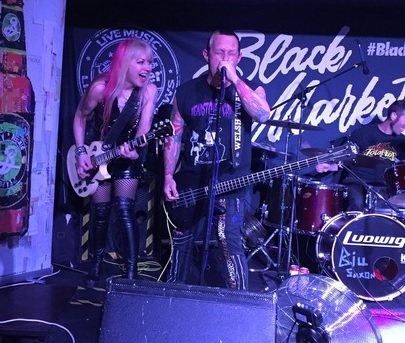 I have been to the Blackmarket VIP venue (located on George Street, Hastings) a number of times over the past 6 months when I went to see The UK Subs, Morgellons and Crisis. I like the venue and the sound is great, which added to my excitement.

On arrival, the support band hadn’t turned up for some reason, so everyone was talking and listening to music through the PA. I met some great people I didn’t know and we waited in anticipation.

Vice Squad were really friendly and many of us got a chance to chat with them and of course had the chance to meet Rebecca Louise Bond aka Beki Bondage herself, something I hadn’t had the opportunity to do before. Wow! How does she look so young? By all accounts, it’s down to her veganism. So you know where you heard it first folks! 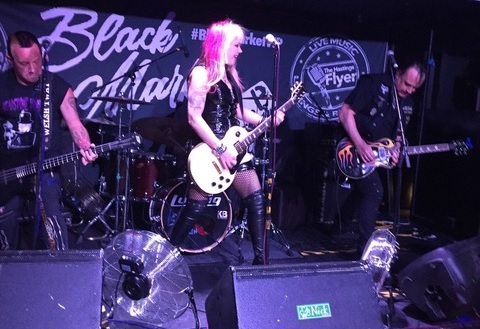 The Vice Squad set kicked off with ‘Citizen’ from the ‘Stand Strong, Stand Proud’ album released in 1982 and boy did it sound brilliant after the first 30 seconds. I knew we were in for a real treat. Beki is an awesome performer and it took me right back to the last time I saw them live many moons ago.

Next up was ‘Defiant’ from the 2006 album of the same title, just as brilliant. The current lineup of Vice Squad are great musicians and they are Beki (vocals/guitar), Paul Rooney (lead guitar/vocals), Wayne Cotton (bass/vocals) and new boy Peter Munroe (drums). Boy can they play!

Next up was ‘Punk Rock Radio’ from the 2011 album of the same name. The lucky punters were treated to the a complete catalogue of new and old tunes right through to the the last song, which was ‘Last Rockers’, which incidentally was Vice Squad’s first single release in 1981.

The highlights for me on the night were ‘Punk Rock Radio’, ‘Spitfire’, ‘Stand Strong, Stand Proud’ and ‘Last Rockers’. The whole gig was brilliant and I shall be making sure I see them again soon. Beki and the band put on a performance that was top notch and I for one would like to personally thank them for that. Let’s hope that they return to Sussex sooner rather than later. 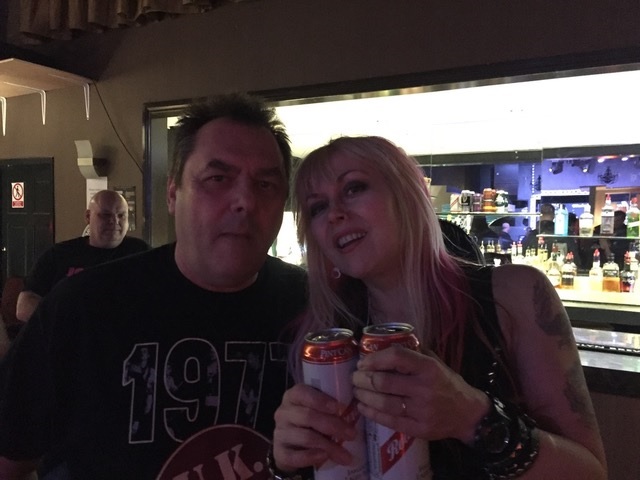