Why ‘free’ child care in Brighton and Hove isn’t free

The government is underfunding “free” child care in Brighton and Hove, leaving parents or providers to make up the shortfall.

According to the council and child care providers, the national formula used by the Department for Education short-changes local families and nurseries.

As a result the so-called free child care is not free after all – or if it is, it is because pre-schools and nurseries are subsidising it and risk going bust as a result.

Ministers promised free places for 30 hours a week for three and four-year-olds.

But the government is contributing between £4 and £5 an hour even though the typical cost in Brighton and Hove is more than £5 an hour.

Some child care providers are unhappy with the term “free child care” because they are being left to make up the shortfall to cover rising costs.

Kate Peach, owner of Each Peach nursery, in Wilbury Villas, Hove, said that the £4 an hour funding was unsustainable.

She said: “When you have the amount of children we take over the course of the year, if each one took the 30 hours completely free it would cost us £92,000 a year.

“We do not make anywhere near that much.”

She is frustrated at the continued use of the term “free” given that she needs to ask for top ups to cover staff costs.

Mrs Peach said: “It is a very healthy amount of funding and not to be sniffed at.

“I’ve said anyone who gets the 30 hours can be charged £2 difference for the extra quality premium. It’s paying to make sure there’s still a nursery.” 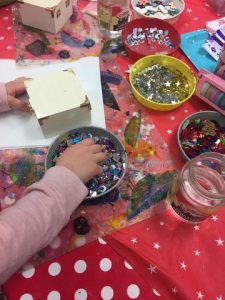 She said: “We have always been a community-based nursery, not for profit.

“If one year numbers go down or plateau, we still have all our costs going up.

“Wages go up, the cost of living has gone up – and resources.

“We are not allowed to claim back VAT so face full costs for everything.”

The council said: “Child care providers continue to be concerned about the level of funding for three and four-year-olds.

“While we are passing on 95 per cent of government funding to providers, our funding rate from the Department for Education is the lowest of any unitary authority in the south east.

“Our base funding rate of £4 per hour, plus supplements, is very low compared with the fees child care providers charge parents for hours in addition to the free entitlement.

“We are surveying parents this summer as part of our Childcare Sufficiency Assessment and from this we will gather parents’ views of the offer.”

In a joint statement Labour councillors Daniel Chapman and Caroline Penn, the chair and deputy chair respectively of the council’s Children, Young People and Skills Committee, said: “While we are pleased that more parents have access to free child care, we are very concerned about the impact the shortfall in funding is having.

“We have been in contact with the city’s MPs and they have raised this with the Department for Education and the minister.

“It is very disappointing that we are still waiting for our early years provision to receive the necessary funding.”

Parents are now being asked to complete a survey as the council prepares its “child care sufficiency assessment” to find out how many child care places are needed in the future.

In the online assessment, parents are asked how many children they have and whether they use child care or “free” early education.

The survey also asks about any special educational needs as well as how satisfied parents are with child care and why they need it.

Parents asked about the scheme were critical of the way that it is promoted but generally did not seem to mind being charged top ups.

Emma Costello said: “I find the whole thing confusing. Before I had a child I took what the government said at face value – ‘all three to four-year-olds in England can get free early education or child care’.

“So I assumed once my child turned three I had 30 hours a week to use as I wanted.

“Now I know that it’s not as simple as that and depends on when they are born and whether you can get a nursery which allows funded-only hours which seems to be really hard.

“I know the nurseries lose out by offering funded places, so don’t blame them at all for charging top ups, but I think the whole thing has been incorrectly advertised by the government and is very confusing for parents.”

Karlynn Layzell said: “It is massively false advertising from the government.

“My nursery can’t offer it as they can’t afford to fund it so although I’m entitled to 30 hours, I only get 15 free.

“I’m hoping the scheme will be implemented correctly and available for when my twins need childcare next year, otherwise it’s pointless me working.”