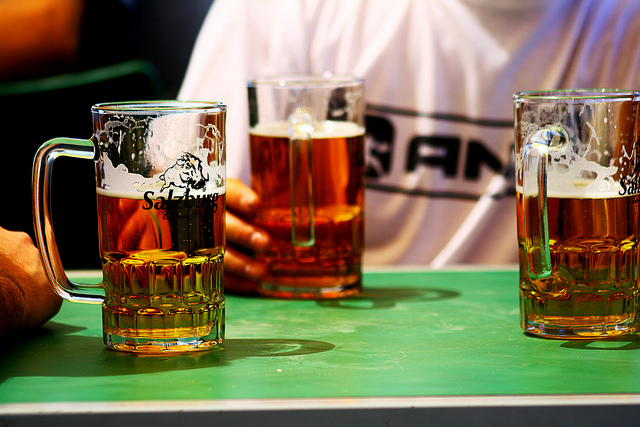 Residents were left exposed to days of noise and disruption they could not escape by a beer festival which wants to return this year, councillors were told this morning.

St Peter and North Laine councillor Pete West said the complaints he had received about last year’s Oktoberfest on The Level were “harrowing” when speaking on behalf of residents against the two-day event.

Speaking at the licensing panel on Tuesday 11 September, Councillor West raised concerns about the loss of park space and quiet areas not just during the event but for several days before and after, pointing out The Level serves 35,000 households within a 15 minute walk.

He said many people had complained about last year’s event and this was impacting on their mental health by increasing their stress.

Six official complaints were recorded by the council.

Existing issues with anti-social behaviour and drug dealing at the park and how Oktoberfest might impact on this were also among the concerns raised.

He said: “The loss of the park for eight days puts considerable pressure on park use and has an impact on residents.

“I do not look forward to receiving further harrowing messages of concern of what people experience over a number of days because they cannot escape it by going away.”

Councillor West added the event was more suited to another location in the city.

However, promoter Ian Baird presented a comprehensive case in support of the event.

Mr Baird told the panel he understood worries about noise and his company was not aware of the extent of complaints until after the event.

He said received just one complaint to the neighbours hotline and visited the person concerned.

This year he has hired acoustic consultants Joynes Nash to monitor sound levels and be on the end of the complaints phone line for residents.

Letters warning residents about the event on October 12 and 13 with the phone line number are due to go out to more streets this year.

Other methods to counter noise include using a different system to reduce bass vibrations.

Panel member Conservative Councillor Lee Ware asked how independent the Joynes Nash would be when dealing with a noise complaint that may jeopardise future employment.

Mr Baird said: “Joynes Nash would not put their reputation on the line to save me.

“They will not have control of the volume switch but they will monitor and would certainly tell environmental health.”

He told the board he hopes to be on and off site within eight days, two days fewer than last year.

The licensing panel decision is expected within five working days.