A costly case against Brighton leaseholders – but tribunal undercut by settlement

Brighton and Hove City Council’s legal advisers made a complete mess of their tribunal case this week against 39 leaseholders on the Bristol Estate. 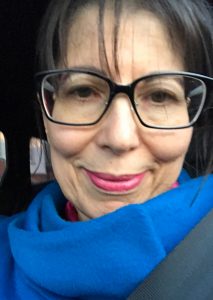 Many leaseholders were still going through the disputes procedure but the council went to a tribunal anyway.

The idea was to get a decision on the million-pound major works bills, using the Bristol Estate as an example.

Approximately half the tenants formed Justice for Tenants and pooled funds to pay for a surveyor and barrister to defend themselves.

The others were not represented.

The council brought over 3,000 pages of evidence to support its case for surrounding their buildings with cladding and as a consequence changing the windows as well as roof and concrete repairs.

There were nine council representatives including a barrister, legal staff and building experts.

The leaseholders had one barrister and one surveyor.

However, before the start of the case the council barrister offered a deal to those leaseholders who were represented – at a substantial discount.

The council had previously refused any negotiation but its legal team were now offering a discount before the counter-arguments were even heard.

Were they afraid for them to be aired?

An “out of court” settlement was agreed. The council was rumoured to have spent a sum close to a quarter of a million pounds on legal fees, caved in and offered a substantial discount limited to those who were represented and not applying to the 20 who were not.

One leaseholder was left who disputed the window costs but apart from this there was now no opposition to be heard.

The other 20 leaseholders did not attend. No one was clear if they had been told that the case was taking place.

The council barrister galloped through its evidence and the case ended on the second afternoon on Tuesday (25 September).

The council left with its credibility in tatters as any decision on the strength of its case was destroyed by its barrister’s own goal in offering a discount before the council had even begun to make that case.

Shula Rich attended the tribunal as an observer on behalf of the Brighton, Hove and District Leaseholders Association.