Teenager jailed over stabbings at The Level in Brighton

A teenager has been jailed for stabbing a man and a boy at The Level in Brighton in what detectives believe was a drug-related dispute. 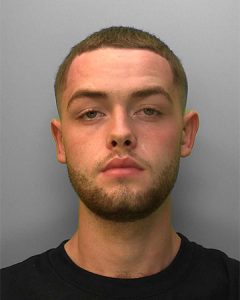 Eighteen-year-old Kai Zanre was jailed for four years and eight months after stabbing two other teens with an 11in knife during a fight last month.

Sussex Police said: “A teenager has been jailed for four years and eight months after he admitted stabbing a man and a boy at The Level, Brighton.

“Kai Zanre, 18, of Eastern Avenue, Ilford, pleaded guilty to committing grievous bodily harm and possession of a knife in a public place when he appeared at Lewes Crown Court on (Tuesday) 16 October.

“The court heard that Zanre was one of three people involved in a fight at The Level on the morning of Monday 17 September.

“He stabbed two of those involved in the fight with an 11in knife and they were taken to hospital for treatment and later released.

“The dispute was believed to be drug-related.”

Detective Inspector Simon Morgan said: “The two who suffered stab wounds as a result of this altercation have been lucky as their injuries could have been a lot worse.

“Carrying a knife does not provide protection but in fact makes you vulnerable and, as in this case, can place yourself and others in serious harm.

“Many people are still unaware of the consequences of carry a knife. Getting caught in possession of a knife in a public place could mean up to five years in prison and a greater sentence if you use it to inflict harm.”

* An 18-year-old man from Pinner arrested on suspicion of assault causing grievous bodily harm (GBH) with intent, having heroin and cannabis with intent to supply, having a knife or sharp pointed article in a public place and robbery following the incident on Monday 17 September has been rebailed until Wednesday 14 November.

A 16-year-old boy from Brighton who was arrested on suspicion of affray and having cannabis with intent to supply has been released without charge.