Detectives investigating the death of a 47-year-old man three weeks after he was attacked in Brighton have appealed to the public to help them identify two people. 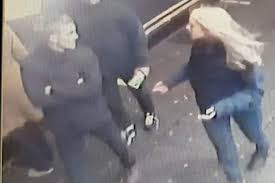 Sussex Police said that the pair, pictured in security camera footage, “could hold vital clues” to what is being classed as a “suspicious death”.

The force said: “Police investigating the death of a man following a violent confrontation in Western Road, Brighton, on Sunday 2 December would like to speak to the man and woman seen here.

“It is thought they may have vital information concerning the incident.

“The incident happened at 11pm near Creams restaurant, Western Road, in Brighton, and several people are believed to have seen what happened.

“The incident was reported to police but the man did not seek medical treatment at the time.

“However, on Monday 17 December he fell seriously ill and was admitted to the Royal Sussex County Hospital, Brighton, where he remained in a critical condition until sadly he died on Sunday (30 December).

“Police have now launched a manslaughter investigation to establish how he died, what events led up to his death, and whether the injuries suffered in the assault caused his death.”

Detective Inspector Chris Thompson said: “We’d like to talk to anyone who can identify the man and woman pictured here or anyone who may have witnessed this incident.

“We’d also welcome information from anyone who has knowledge of events leading up to the assault. 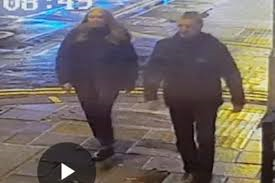 “Anyone who can help is asked to report details online or phone 101, quoting Operation Hughes.

“Alternatively, please contact the independent charity Crimestoppers or call 0800 555111, anonymously if you so wish, with any information you may have.”