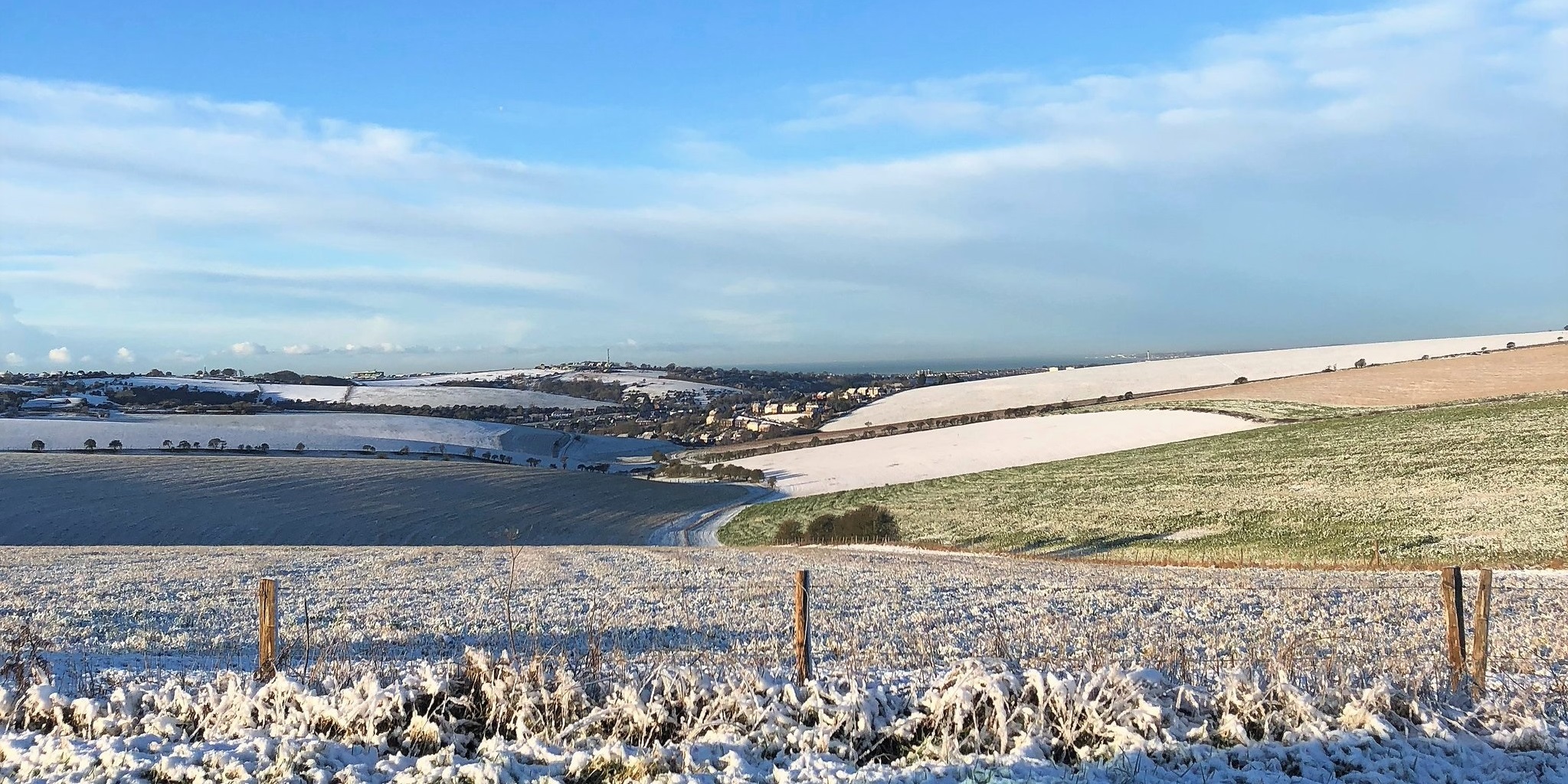 A dusting of snow over Woodingdean this morning. Picture by BLB Group on Twitter

As Brighton and Hove woke up to a sprinkling of snow this morning, weather forecasters were warning of much more to come tomorrow evening – but with rain due straight after it’s unlikely it will be sticking around.

The Met Office’s severe weather warning covering the south east of England was updated at 10.15am to increase the likelihood and bring the start time forward to 1pm tomorrow – with heavy snow showers expected in Brighton at 8pm.

However, the snow is set to turn into sleet by 10pm, and then rain by the early hours – bringing another icy start to Friday morning.

The Met’s chief forecaster said: “The warning has been updated to increase the likelihood of impacts across England and Wales, change the start and end times, but also reduce the northwards extent of the warning.

“Areas of rain and snow are expected to move into the UK from the southwest from Thursday and through Friday. Any single period of rain and snow is not expected to last more than six to nine hours but some snow accumulations are likely with 1-3cm likely in places within the warning area and the potential for 5-10cm, perhaps particularly over Wales and southwest England.

“Snow amounts will vary markedly across England and Wales with many places seeing very little accumulating snow. With cold air in place along with areas of rain and snow, icy stretches are likely to form.”