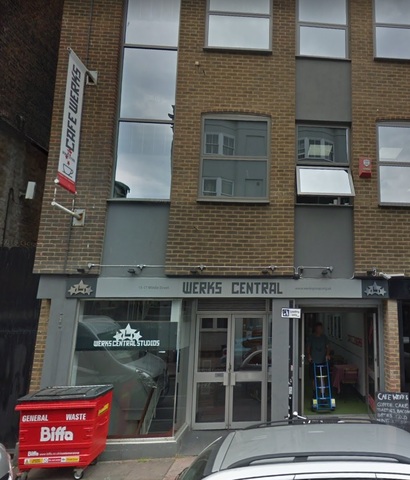 A city centre office may be given permission to sell alcohol after agreeing to slash the hours it wants its bar to operate.

Werks Central in Middle Street, which rents out work space and hosts events during the Brighton Fringe at the former Brighton Media Centre building, originally applied to sell alcohol from 11am-11pm daily from its cafe bar.

During discussions at the licensing panel hearing held at Hove Town Hall on Friday 1 February shorter hours of 6-10pm were suggested by chair Councillor Jackie O’Quinn and agreed by Werks owner Ian Elwick.

Concerns were raised by Sussex Police and Brighton and Hove City Council licensing department, as Middle Street is in the heart of the cumulative impact zone, where restrictions are placed on new alcohol licenses.

The panel heard how Middle Street in Regency Ward experiences the second highest levels of alcohol-related crime in the city.

Speaking on behalf of Sussex Police, licensing officer Mark Thorogood told the panel the applicant had been very open and willing to agree conditions.

He said: “Middle Street is at the heart of the night-time economy. The whole area has a high influx of people pretty much every weekend night, which needs police intervention.

“It is surrounded by a number of venues and not greatly lit at night and a bit of a back street which is more enclosed.

“People do become a bit more vulnerable and could become a victim of crime.”

Mr Elwick described Werk Central as having a calming influence on the area, working with an older clientele.

He said: “Our market is  25 to 75 age group, it is not a young market that is going to spill out onto the streets.

“It is a co-working space with a more sober demographic. Most younger people aged  25 to 35 drink less than the wider population.”

Councillor O’Quinn said the panel had previously heard venues say they are different and will not cause problems.

She said: “We have had people say they are exceptional because they are more expensive and have an older clientele. They are just as likely to have a violent incident in the street.

“You can have quite well off people drinking a lot of alcohol and once they are out in the street… what you need to understand is a lot of places do not have incidents outside.

“You cannot say  it is not a problem, because there have been incidents.”

“It is just going to be a little bar with a few beers, we’re not going to sell Jägerbombs.”

After discussing shorter hours and a limit to events only, the panel retired for its deliberations and will inform Werks Central of its decision within seven working days.