A woman who suffered from long-term health conditions committed suicide after her illness “blighted her life”, an inquest heard.

Amy Kesteven, 27 of Deacons Drive, Portslade, had lived with a number of physical and mental health problems since she was nine years old.

An inquest at Brighton and Hove Coroner’s Court, at Woodvale, was told that Miss Kesteven had suffered from chronic fatigue syndrome – or ME (myalgic encephalomyelitis) – for almost 20 years. She also had OCD (obsessive compulsive disorder) and emotionally unstable personality disorder.

In the final weeks of her life she had also suffered from sickness and diarrhoea to the extent that a doctor book an ambulance to take her to the Royal Sussex County Hospital in Brighton.

Miss Kesteven’s mother, Katherine Ford, who was also ill, went to hospital by ambulance with the same sickness bug but Miss Kesteven refused.

Instead she drank rum and brandy and took sleeping pills and drowned herself in her bath after leaving a suicide note.

“The immediate cause of death was drowning in bath water. She had the presence of alcohol on board.

“I can’t ignore the diagnosis of emotionally unstable personality disorder which is very difficult to live with.

“Everything came together at this particular time which made her feel even worse than usual. She had hyponatraemic gastroenteritis.

“I think she was probably very rarely physically alone. I think this was an opportunity that came for her.

“I think she intended her act to end in death. And it did. There’s no other reasonable explanation for what she has done. She took her own life.” 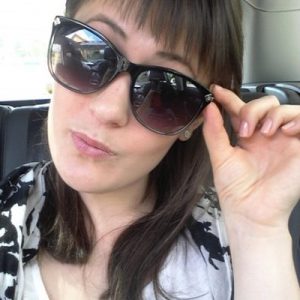 A suicide note was found in her bathroom with her drink bottles and empty pill packet.

Miss Kesteven died on Wednesday 14 November – eight days before her 28th birthday and just over a week after the second anniversary of the death of her father Nick Kesteven. He died after jumping off Beachy Head.

The coroner said that her death was sudden and unexpected although she had been ill for some time with chronic fatigue syndrome and had been trying to treat herself. She researched her condition and took vitamins and supplements to try to help herself.

The coroner also praised Miss Kesteven’s brother Sam, a 24-year-old university student who had tried to care for his sister and their mother.

The inquest was told that Miss Kesteven had been unable to register with a GP in Brighton and Hove since moving from Barns Green, between Horsham and Billingshurst.

It was Sam Kesteven who had found his sister in the bath and called 999. He told the emergency operator: “I just came home and found my sister dead in the bath.

“We’ve been having a family crisis at home. We haven’t really slept in three nights. My girlfriend and I went home to rest. 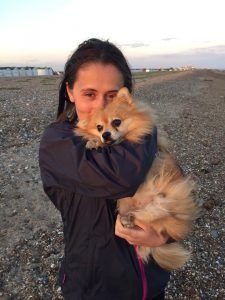 “We only had the ambulance here last night. They’ve had a terrible gut bug. The ambulance came yesterday and took my mum to hospital. Amy completely refused to go.

“I feel like I’m living a nightmare. I left here last night and she told me she’d be ok.”

Coroner’s officer Tony Beldam said: “He sounds to have been an absolute pillar for such a young man.”

The court heard him described as “a ray of hope” who was exhausted by the time that his sister killed herself.

The coroner offered her condolences to the family, in particular to Amy Kesteven’s grandmother Jenny Ford, who had travelled to the inquest from her home in Hatfield, Hertfordshire.

The coroner said that Amy “took her own life” and added: “It’s a very difficult situation for everyone.”

The day after he found his sister dead, Sam Kesteven posted on Facebook: “My beloved sister, Amy Kesteven, has died. After 18 years suffering with chronic fatigue syndrome (ME) she has taken her own life in order to bring an end to her torment and come to peace.

“It is a great injustice that euthanasia is not legal in this country and that people like Amy have no choice but to end their life alone.

“It is equally awful that their loved ones cannot be with them in their final moments. Amy was the strongest person I have ever known, she carried the burden of her condition with true grace and she never lost hope that she could overcome it and live a full life again, like she did as a young girl.

“The world has made a great loss. I love you Amy. I am so sorry. I won’t let your struggle be in vain.”