Angry neighbours yelled at councillors and consultants as planners discussed – and approved – a scheme for 45 new homes and a synagogue in Hove.

They shouted from the public gallery as members of the planning applicant’s team answered questions from members of Brighton and Hove City Council’s Planning Committee at Hove Town Hall.

The noise started early in the meeting over speaking time for objectors.

One neighbour asked for extra time to speak after his fellow objectors. But his request was refused because the council’s rules allow three minutes for each side – objectors and supporters – to put their case.

People living near the synagogue in New Church Road, Hove, protested outside the town hall before heading inside where members of the Jewish community were also present to hear the plans debated.

The plans include 35 flats and 10 town houses at the back of the plot, in four, five and six-storey blocks.

A privacy screen and obscured glass will be fitted to make sure people moving into the flats cannot look into the grounds of the neighbouring St Christopher’s School.

The new synagogue would be a single-storey but double-height building at the back of the plot.

Planning consultant Ian Coomber, representing neighbour Julia Besser, who lives in Pembroke Gardens, said that she would lose 35 per cent of her light.

He said: “Is this acceptable? The sense of enclosure and loss of privacy is made worse by the loss of trees.”

When asked for details about the impact of the loss of light, Mr Coomber said: “BRE guidelines say the impact of 35 per cent loss of sunlight is considerably significant. 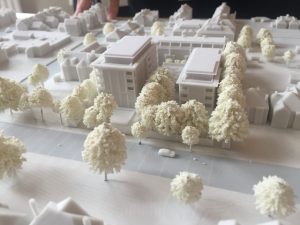 Neighbour Paul Spirou reminded the Planning Committee that there were more than 700 objections to the “draconian development”.

He said that St Christopher’s would be severely affected, neighbours would be overlooked and they would suffer loss of light from the overbearing scheme.

Westbourne ward Conservative councillor Denise Cobb received a round of applause after speaking against the scheme.

Councillor Cobb said: “In my 20 years as a councillor I have never seen a scheme with such depth of opposition.

“How much support came from local people?”

She said that tree preservation orders covered 22 trees on the site and should be a deciding factor in turning down the plans.

They were told that the information could not be revealed because of “GDPR” data protection rules.

Brighton and Hove Albion chairman Tony Bloom also received a round of applause for his passionate speech in favour of the planning application.

The Hebrew community is working on the scheme with his charity, the Bloom Foundation, which the committee was told would make an £8 million loss on the project.

He said: “The site was on the verge of being sold to a commercial developer, threatening the survival of the Jewish community.

“The Bloom Foundation has stepped in with an alternative to build facilities for all the local community.”

He added: “We will reverse the vicious cycle of falling membership and the loss of young Jewish families in the city.”

He said that the site offered classrooms yet there were objections about overlooking and loss of amenity.

He was told that the windows are angled away and would be looking towards the sea, not towards the playground. While there were concerns, the school was described as supportive.

The other Central Hove councillor, Clare Moonan, asked about light into the school.

The Labour councillor was told that no classrooms faced on to the synagogue site, only toilets and other utility rooms. 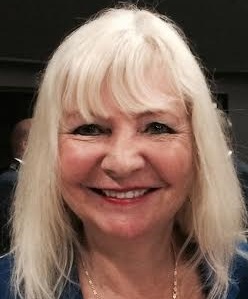 Conservative councillor Jayne Bennett asked if all the houses would be available to all.

She was told that they would be, although five of the home would be classed as “affordable” and would be let through a Jewish housing association.

She said: “I think it is a good site to be developed but it is too high and I am worried about the trees.”

Green councillor Phélim Mac Cafferty asked about the long-term future of the trees of the site because the council’s arboriculturist said that there would be considerable root damage to 12 protected trees.

He said: “This is putting a quart in a pint pot. This is asking too much for a relatively modest-sized area to deliver.

“When I think of this area of Hove, I think of trees. If there is a threat to these trees, I have to think strongly about it before giving consent.” 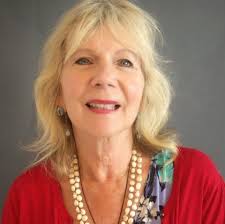 The council tree expert was not available but the developer’s arboriculturist said that the the root systems along the eastern boundary were taken into consideration and the “thrust” of the scheme was to retain them for the long-term future.

Four are due to be removed from the site with all others remaining. If any are damaged, the council has secured a commitment to replace each one with three.

Goldsmid ward Labour councillor Jackie O’Quinn said: “In my ward we have had incidents of anti-semitic graffiti.

“What recommendations have the police made with regard to security in the area?

“I think that is quite important as it is next to a school and we are on high alert.”

She was told that Sussex Police had said that the development was secure by design.

Parking permits came up but councillors were told that there was plenty of parking available in the area and that the plans were in line with council policy.

Green councillor Leo Littman said that he felt sad at the “dilapidated” state of the site as he had had his Bar Mitzvah at the schul and had a close family connection to the synagogue.

He said: “It is desperate for development but this is two villas and a synagogue making way for 45 dwellings which is inappropriate for the site.

“If something else was to come along, we would judge it on the basis of what is in front of us.”

Conservative councillor Joe Miller said that the schul was “an amazing space” and welcomed the affordable housing.

He said: “I have got concerns about the trees although these concerns do not outweigh the benefits.”

The planning application was granted by seven votes to five.