A controversial café owner in Hove has been given an alcohol licence for his new outlet. 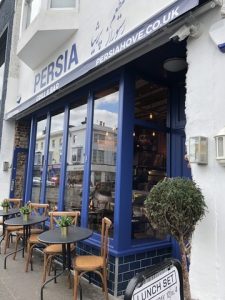 Persia, in Church Road, Hove, was granted a licence despite a raft of complaints and concerns from neighbours.

Mr Abdolkhani was previously barred from having any involvement with his family’s neighbouring business Barcode.

In its response, the licensing panel – made up of three councillors – said that it had sympathy with neighbours’ concerns and had taken them into consideration.

The response said: “It is clear that in the past in relation to Barcode there was disregard for the relevant legislation and in particular the licensing objective of the prevention of public nuisance.

“However, the panel must look at this new application on its own merits and in the context of its likely impact upon the licensing objectives.”

Mr Abdolkhani’s solicitor John Milton had urged the panel to treat the application independently, describing the accusations about Mr Abdolkhani as a “witch hunt”.

His client had held a personal licence for more than a year, the panel was told, and this was a factor in its decision.

Sussex Police agreed a series of conditions including a requirement for  customers to be seated and for there to be substantial food available at all times.

The premises does not have planning permission to operate as a restaurant after it was refused in July 2018. An appeal was rejected in April.

The plans were turned down because the premises were previously used as a shop and changing to a restaurant would go against council policy due to the impact on the shopping street.

Planned changes to the access to the maisonette above, including removal of the recessed doorways, were also turned down.

Planning inspector Stephen Papworth upheld the council’s decision and said that harm would be caused to the character and appearance of the area which is a conservation area.

Councillor Wealls had raised the issue with the council planning department’s enforcement team.