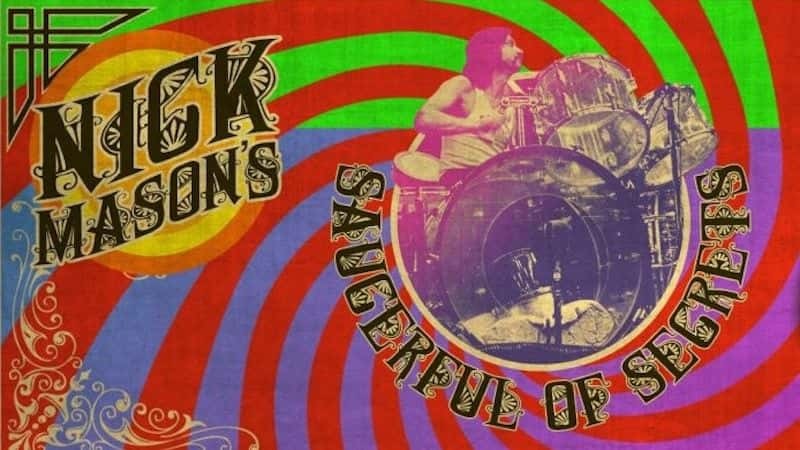 With this in mind he set out to create a band that would recreate the spirit of the early Pink Floyd. He recruited his guitarist friend Lee Harris, longtime Floyd bassist Guy Pratt, Spandau Ballet guitarist Gary Kemp (whose presence certainly caused my eyebrows to raise), and Dom Beken on keyboards. 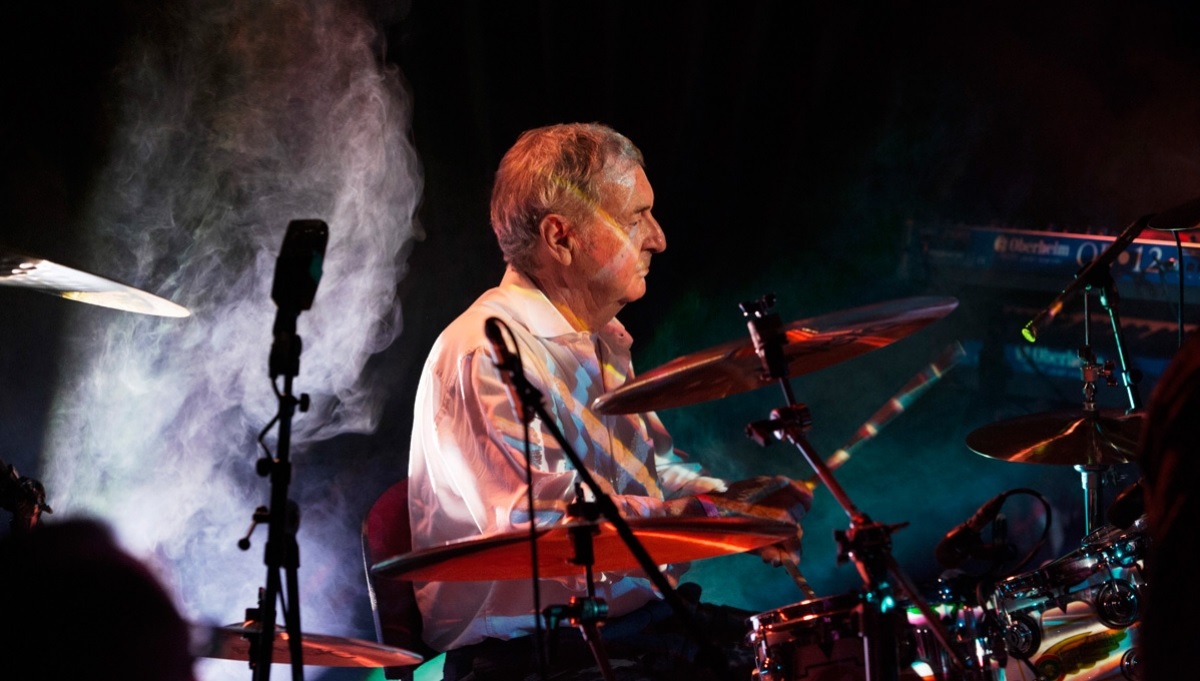 The band started off in May last year with gigs at Camden Dingwalls and Putney Half Moon – the idea being that they would play the kind of venues that the early Floyd would have played. I heard great things about their early gigs, and I simply had to see them. I was a little uneasy though. Surely this would be a stroll through the more conservative parts of the early Floyd’s back catalogue. I mean, they’re hardly going to play ‘Interstellar Overdrive’ are they???

Oh yes they are!!! In fact, that’s what they start with – not so much a set opener as a statement of intent. They don’t just open the door to the darker corners of the early Floyd’s back catalogue, as much as kick the bloody thing off its hinges!!! And they don’t treat the material with reverence either – they rip it apart!!! Up close you appreciate what a dexterous and powerful drummer Nick Mason is. That’s something you don’t really see at an arena or stadium gig. The rest of the band are locked in tightly to his rhythms too. They all clearly love this music. They’re fans.

Okay. So far so good, but we haven’t heard any vocals yet. We do on the next song, ‘Astronomy Domine’. Guy Pratt and Gary Kemp share the vocals with considerable aplomb. They don’t try to imitate Syd – what would be the point? Their vocals serve the song though, and that’s more than good enough. 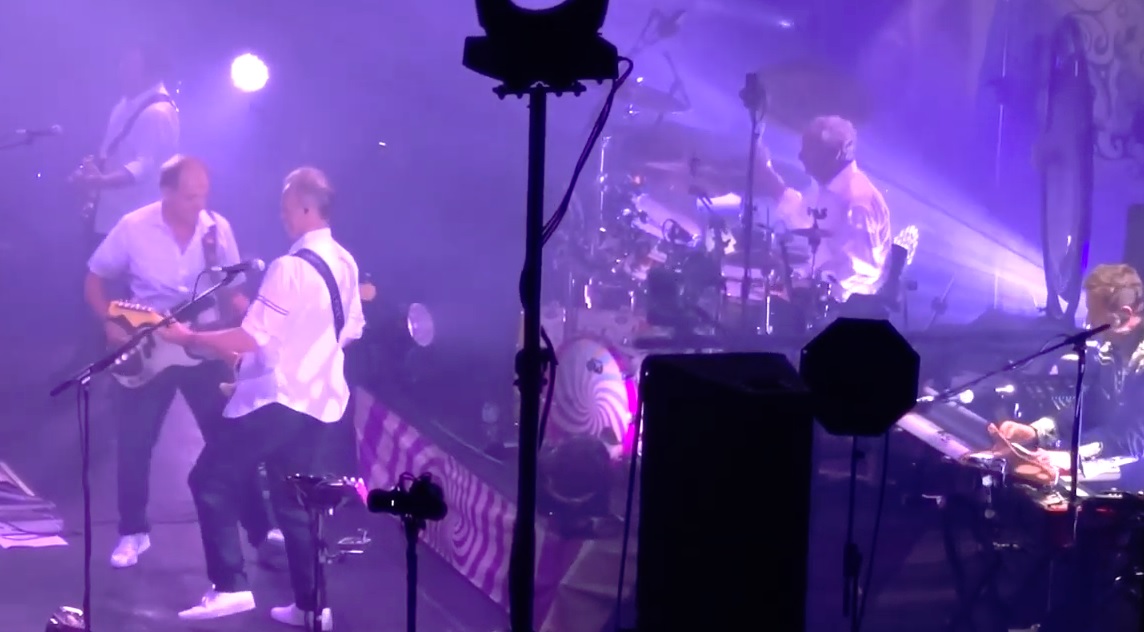 It’s not one big Syd-fest though. After ‘Lucifer Sam’ we go forward in time to ‘Fearless’ from ‘Meddle’, with the audience joining in on ‘You’ll Never Walk Alone’. When we get the title track from ‘Obscured By Clouds’ together with ‘When You’re In’ from the same album, it becomes clear that no stone is going to be left unturned. Excellent – this is a rare example of fans being given precisely what they want. Somebody behind me yells “play something we know!!!” Sorry mate – you’re at the wrong gig!!!

The audience’s collective minds turn to what other dusty, seldom played with toys may be brought out from the back of the cupboard. Rick Wright’s ‘Remember A Day’ is sublime, and ‘Arnold Layne’ is welcome, but not a huge surprise. 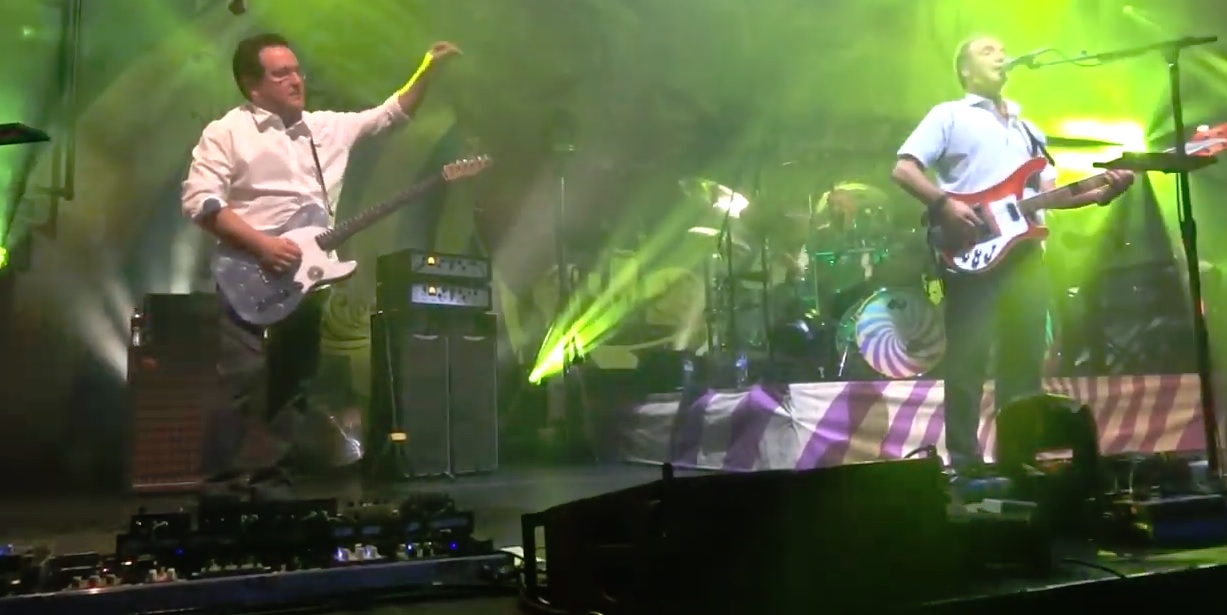 ‘Vegetable Man’ is something of a surprise though! It was unreleased until it was included on the ‘1965-1972’ box set. In many ways it is songs like this that are the raison d’etre for this band. Nick Mason tells the audience a little about it, describing it as “half a song”, which is possibly a somewhat harsh appraisal. Nick is pretty chatty throughout the gig. Earlier he told us that his ballet shoes had worn out, as he had spent “so many years tip-toeing between David and Roger”. It’s inclusion serves to underline what tonight is all about – nothing is off limits. That in itself is about as close to the ethos of the early Pink Floyd as it is possible to get.

And so it continues. Every album (with the exception of ‘Ummagumma’) from ‘The Piper At The Gates Of Dawn’ up to and including ‘Obscured By Clouds’ is represented. ‘The Nile Song’ from the ‘More’ soundtrack is a particular highlight. Guy Pratt had an amusing anecdote about the song: before one Pink Floyd tour David Gilmour asked the band if they had any suggestions for songs they’d like to play. Pratt said he’d like to play ‘The Nile Song’. Gilmour suggested that he might like to play in another band. 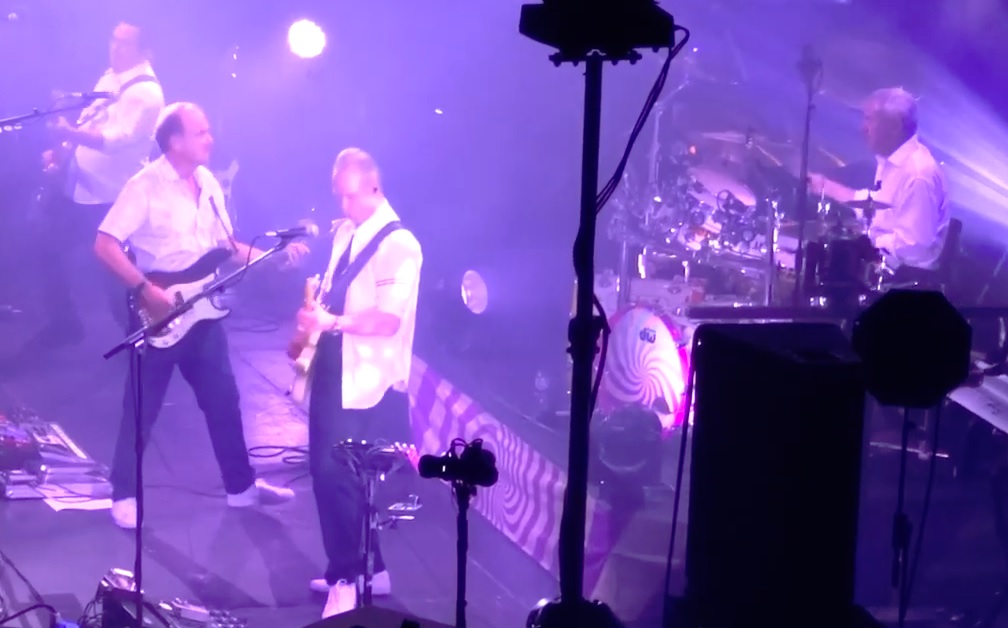 All good things must come to an end, and the main set finished with ‘See Emily Play’, ‘Bike’ (another song I hadn’t envisaged them playing) and ‘One Of These Days’. Encores were (fittingly) ‘A Saucerful Of Secrets’ and ‘Point Me At The Sky’, which until its release on the ‘1965-1972’ box set was a mega-rarity.

Although this was not technically a Pink Floyd gig, I would say that it is probably the best Pink Floyd performance that I have seen. The setlist choices were phenomenal. The band successfully resurrected the spirit of the early Floyd, and then some. Probably best of all, they were able to surprise the audience, which is something of a rarity these days. Altogether, this was an absolutely spectacular show that I won’t forget for a very long time. More please!!! 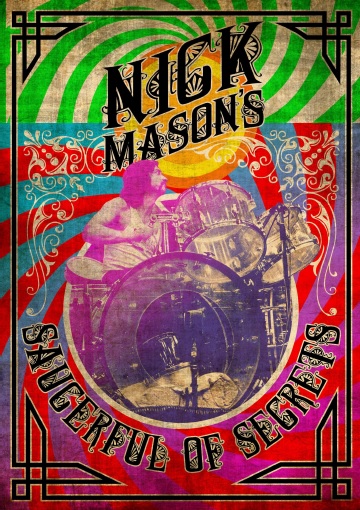