Popworld fails in bid to open until 3am 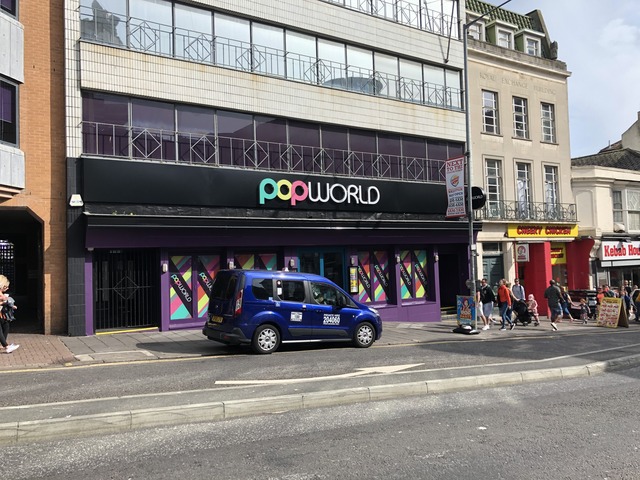 There will be no extra hour for nightclub Popworld as its licence extension is refused.

Owners Stonegate wanted to keep the pop music themed venue in West Street open until 3am, but objections by Sussex Police cost the company an extra hour.

Popworld replaces the Yates’ brand. It opens from 9pm until 2am, rather than the full day.

The re-branding has seen a complete brightly coloured refit as well as a change in offering as there is no food or sports, just “cheesy” pop music.

Stonegate was described as an experienced company that had a “proven track record” of working in cumulative impact zones (CIZ).

West Street is in the heart of Brighton and Hove’s CIZ, where limits are placed on the number of new restaurants serving alcohol.

New pubs, nightclubs and off-licences have to show exceptional circumstances before given new licences.

In a report following the licensing panel the key sticking point were the consequences of policing West Street.

The force’s concern about increasing numbers of people at the busiest time for Operation Marble, the police operation for Brighton and Hove’s night time economy.

Stonegate was told in the report that 3-4am is the busiest time for the police in terms of people leaving venues with increasing numbers of incidents at taxi ranks and food outlets as a number of venues already close at that time.

In their response the panel formed of councillors Lizzie Deane and Jackie O’Quinn as well as former councillor Lynda Hyde said conditions offered by Stonegate would go some way to “de-risk” the application.

Their response said: “Ultimately however the panel do not consider that they will operate to overcome the additional later hour and prevent the likely problems associated with this.

“They do not constitute exceptional circumstances in this case.”