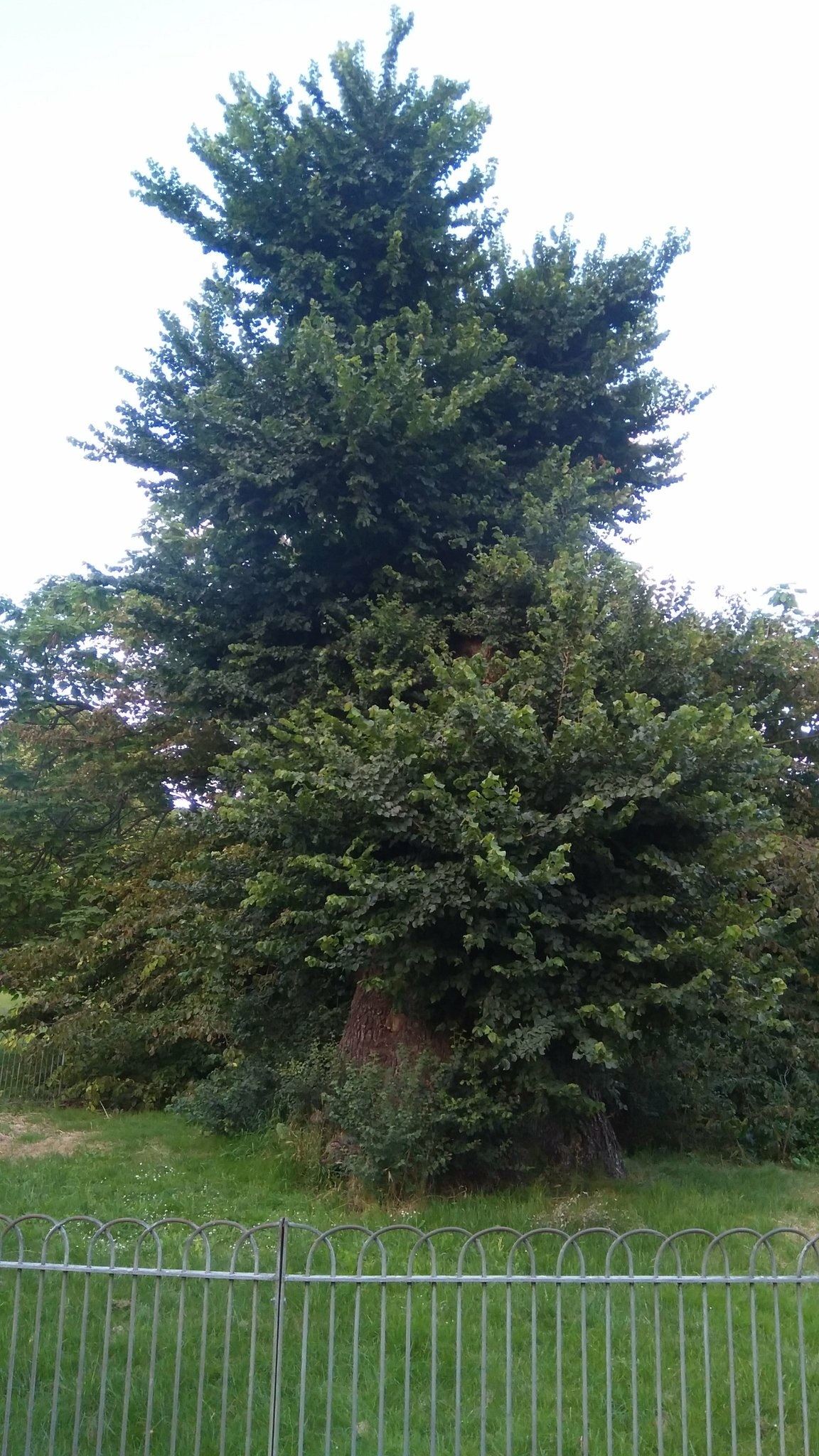 The twins earlier this week, by @sioncorn on Twitter

One of two 400-year-old English elms, believed to be the oldest in the world, is to be felled after becoming infected with elm disease.

It’s thought that one of the Preston Park Twins, at the north end of Preston Park, became infected late last summer, but only started displaying symptoms in the last weeks.

The disease is already into the tree’s root system and fast action is required to stop the disease spreading to its twin.

On Wednesday, contractors began to dig trenches and sever the connecting roots that link the trees together. The council is closely monitoring nearby trees so that any further problems can be dealt with.

Chair of the Environment, Transport and Sustainability Committee, Councillor Anne Pissaridou said: “For many years, we have fully funded an internationally recognised control campaign to contain the spread of elm disease in the city.

“Our success has led to the city becoming the holder of the National Elm Collection and the last major bastion of the elm in the UK.

“It is very sad that we have lost one of the magnificent Preston Park Twins to the disease this year. Overall, losses to elm disease have been manageable throughout the years and our elm population is always being added to.

“We thank residents for their continued support in spotting and reporting cases of elm disease which helps us act quickly to treat trees and reduce contamination.”

The elm is the latest elm to fall sick with the disease in the city. Last year, the Level’s legendary shoe tree was felled, and in the past few years dozens of elms in locations across the city, including The Level, Westbourne Street and Queen’s Park.

However, the city is still home to more than 17,000 elm trees, and more are planted each year.

The council is now urging people to report sick looking elms, and is warning the most likely way trees are becoming infected is from beetles breeding on logs from diseased elm trees being stored locally, for instance for wood burning stoves.

The council’s arboricultural team offer a free inspection of firewood and other timber. Similarly, if you have an elm tree in your garden that may be dead or dying, we are happy to come out and inspect it free of charge.

Anyone wanting to use the service can contact the team on 01273 292929 or by emailing arboriculture@brighton-hove.gov.uk