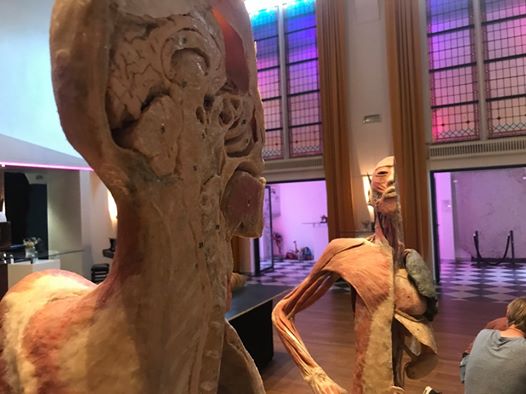 Scores of people have discovered that the tickets they bought for what they thought was an exhibition of dissected human bodies has been cancelled amid claims it was a scam.

The Real Human Bodies exhibition advertised on Facebook it was coming to the Brighton Hilton Metropole this weekend and was selling tickets at £17 for adults via the All Events website.

But the organisers Huppertz Global did not have the correct licence, and since news spread online this week that the event isn’t going ahead after all, the Metropole has been inundated with calls from worried customers who can’t get hold of the organisers.

One, Martha Howells said: “I paid £29 for 2 tickets (one adult and one student). My sister is coming to stay this weekend and we thought it looked really interesting.

“I’m feeling silly now that it’s so clearly a scam. I will definitely be more careful when purchasing tickets through a Facebook event in the future!”

Another disappointed customer, Nicole, said: “I bought a ticket for myself at £17. I’m more frustrated with myself really – I’m usually sceptical of Facebook events, having seen many obvious scams before.

“Ordinarily I do my research but being excited, having wanted to see the Bodyworks exhibition for years, and not being in the best of health, I was caught out.

“I’m fascinated by all things death related (goth!) and the idea of plastination. I’ve been considering donating my body to this or for other science/art-related projects for years.

“Anyway, I’ve opened a dispute with PayPal and reported the event to Facebook and All Events.”

Some customers have complained to Action Fraud, which confirmed it is investigating.

Events like this, such as the genuine Bodyworks exhibition in London, need a licence from the Human Tissue Authority, which confirmed it had not issued such a licence to the Metropole.

The organisers also pulled previous events in Portsmouth and Southampton.