A telephone service to help doctors’ surgeries struggling to cope with their patient workload is being extended.

Health chiefs in Brighton and Hove have agreed to continue using “Practice Assist” for a third year, bringing the contract cost up to £1.2 million.

The telephone appointment system, which helps surgeries to cope with patient demand, was described as a temporary solution.

At the moment six family doctors’ surgeries in Brighton and Hove use the service as they balance patient numbers and general practitioners (GPs).

The Brighton and Hove Clinical Commissioning Group (CCG) Primary Care Commissioning Committee was told that there was a shortage of GPs willing to become partners in doctors’ surgeries.

The trend has been towards working as a salaried GP or locum instead.

This year’s budget is £300,000 after Wish Park Surgery, in Hove, said that it would stop using the service as it now offers its own telephone appointments.

Half the cost of the service, which is provided by Care UK, is paid for by the six surgeries using it, with the rest coming from the CCG.

The renewed contract is for 12 months although it can be ended at two months’ notice if it is no longer needed.

The Primary Care Commissioning Committee was told that the £150,000 saving compared with last year would go towards “primary care resilience” to help surgeries struggling in difficult conditions.

Park Crescent Health Centre and St Peter’s Medical Centre are spending the most on Practice Assist for the next six months.

St Peter’s merged with the North Laine Medical Centre last year, with both now based in Oxford Street, Brighton.

A planning application for a new surgery building was submitted to Brighton and Hove City Council in April.

Currently GPs are working where they can in the existing building, with administrative staff working at Citibase in Ditchling Road.

Healthwatch director Bob Deschene asked whether the support given to St Peter’s and Park Crescent was sustainable.

Jimmy Burke, the CCG’s senior manager for primary care commissioning, said that the merger of two practices at St Peter’s would eventually resolve itself with the combined practice becoming stronger.

He confirmed that there was a risk of over-reliance on Practice Assist at Park Crescent but said that it was “on the radar” of the CCG’s resilience group.

Mr Burke said: “The CCG is much more reassured than in the past. They were very unlucky to lose a succession of partners in the last 18 months.

“They have completely restructured their team and created a new practice vision. They’re doing very innovative work down there.

“There is no denying they could do with some extra partners and they are continuing to look.” 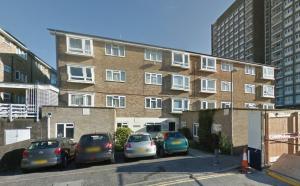 The CCG’s director of primary and community care, Sally Smith, said that workforce shortages meant that practices were using other staff to care for patients such as paramedics, advanced nurse practitioners and clinical pharmacists.

St Peter’s has a budget of £45,700, split with the CCG, to cover the cost of 3,325 phone appointments from Monday 1 April until Monday 30 September this year.

For the same period Park Cresent has budgeted for 2,800 phone appointments at a total cost of £38,500.

Just over 10,000 phone appointments are budgeted for until the end of September, with the rest shared between Saltdean and Rottingdean, Wellsbourne, Ardingly Court and Albion Street surgeries.

Despite the extra help needed to meet demand at Ardingly Court, the CCG pulled the plug on a move for the practice from its outdated surgery late last year, saying that there was no longer enough demand on its doctors.

Two injured as police car rolls down hill and crashes