A Brighton restaurant owner has promised that neighbours will not be kept awake by noise from karaoke singers in the early hours of the morning.

Yingbo Food Culture, the company that owns Utopia – also known as No 1 Restaurant – in Ditchling Road, also said that it would serve “substantial food” if it was given a drinks licence.

When the business was the Sichuan Garden Chinese takeaway, it was allowed to deliver beer, cider and wine with orders.

But it was caught with a full bar, including spirits, and no kitchen, with officials finding an oven that had not been wired in.

And the premises was served with a noise abatement notice after neighbours complained about the noise from late-night karaoke sessions.

It closed six months ago. Now the owner wants to reopen the takeaway as a restaurant, with a licence to serve alcoholic drinks on the premises.

But neighbours objected, as did the licensing teams at Sussex Police and Brighton and Hove City Council.

So the application and objections were heard by a council licensing panel, consisting of three councillors, at Hove Town Hall today (Friday 19 July).

The panel was told that police and council officials had recently gone back to the premises which is by the Open Market and opposite The Level.

A cooker had been connected, hot-plate tables installed and the karaoke equipment removed.

Council licensing officer Donna Lynsdale was concerned that that karaoke machine could easily be brought back, with police licensing officer Hannah Staplehurst telling the panel: “The former karaoke room had not been substantially altered to reflect the proposed use.

“The room still has holes in the wall where the karaoke equipment once stood.”

Ms Lynsdale said that the owner had two other businesses, in Queen’s Road, Brighton, where there had also been issues of concern.

She said that – as with Utopia – an internal layout had not complied with the designs submitted in the licence application.

She said that people had been smoking on the premises and there were claims that alcohol had been sold to under-age students from Bellerby’s College. 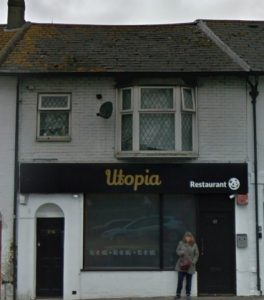 Ms Lynsdale said: “I have little confidence in the licence holder. Once the licence is granted, I believe they will still run as a karaoke bar.”

She added that there were posters in the Famous Sichuan, in Queen’s Road, promoting Utopia as a bookable karaoke bar before it closed.

Miss Staplehurst said that Sussex Police did not have confidence that the Ditchling Road premises would be run as a restaurant.

She said: “We found a limited kitchen and prep area had been set up behind the bar. But in our opinion, it would be questionable regarding operating as a full restaurant.”

Yingbo’s solicitor Nicholas Perkins said that the karaoke objection was a red herring as the applicants were not planning to continue with it at this time.

He said that until sound issues were dealt with, there would be no karaoke.

Mr Perkins admitted “errors of the past” and told the licensing panel that the previous “designated premises supervisor” had been removed.

He said that the proposed style of cooking – at the table – was popular in London and Manchester and meant that the need for food preparation was reduced. 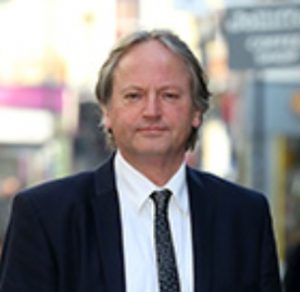 Mr Perkins said: “You can be satisfied and confident that my clients will be complying with the conditions on the licence.

“I have advised them at length of the consequences of their not complying with the conditions.

“They would face a review and, in view of the previous problems, I suggest a review would have poor consequences.”

Ryan Zhu, a business associate of Yingbo’s company secretary Ting Huang, said that the table-top cooking would involve offering thin slices of meat for searing, Korean-style. It would also include using table-top hot-pots, which were a popular traditional style of cooking in the Far East.

Mr Zhu also said that the restaurant would offer noodles in the same way as the Itsu chain, using instant bases.

He said: “It’s different to a commercial restaurant like China Garden where you have slow-cooked food – really different.

“There’s a place in North Road called Noodle Soup. They are famous among the Chinese community. They take a pack you can buy for 50p, put it in the boiling water, decorate it, present it really nicely. It’s a model going for quite a while.”

Mr Zhu said that the former karaoke room would be a VIP area, which he described as part of Asian culture, where families got together, ate and played cards and the tile game mahjong.

Mr Zhu said that they were trying to get away from a large menu, instead offering a simplified menu, and trying to work out what would work.

The panel, which also included councillors Dee Simson and Marianna Ebel, had concerns about the proposed “designated premises supervisor”.

They were worried that Mei Mei Lue, who previously held the same position at the Famous Sichuan in Queen’s Road from 2012 to 2014, did not have enough understanding of licensing law.

Mrs Ting said, who is a “personal licence holder”, that she would have day-to-day responsibility for the business but would appoint another designated premises supervisor.

The panel said that would announce its decision within five working days.