Auditors are being asked to look into the process of awarding contracts to transport some of the most vulnerable children in Brighton and Hove from home to school and back.

The contracts, worth £2.5 million a year, have come under intense scrutiny after officials appear not to have given adequate answers as to why they overturned a democratic decision made by elected councillors.

Brighton and Hove City Council took on cost-cutting consultants but officials have refused to say how much they are paying them, according to Conservative councillor Lee Wares.

He said: “The council absolutely refuses to share any details of the employment of consultants … nor the business case … nor why it overturned the democratic process.”

Councillor Wares also said that he was incredulous that the Labour council leader “point blank refused to allow a series of questions to facilitate any meaningful debate” at a previous committee meeting.

His concerns included the safety of hundreds of the most vulnerable children in Brighton and Hove.

Councillor Wares told the council’s Audit and Standards Committee: “How can any of us scrutinise the administration’s decisions if in committee we are told you can only have a couple of questions and to put the rest in writing?

“That is not transparency or democracy. It is dictatorship. Absolute power corrupts absolutely.

“Our committee system is designed to allow us and members of the public to question and scrutinise what the administration is doing.

“When the administration does backroom deals, especially those that are contrary to what a previous committee authorised, and then shuts down any debate on the subject, we are left with no choice than to seek this audit.

“Aside this blatant disregard of the constitutional process, we are dealing with the most vulnerable in our society.

“Conflicting and, let’s say, obscure answers provide no assurance that even minimum standards will be met or achieved to satisfy safeguarding and welfare.

“As councillors we are corporate parents, children in our care will be subject to the implications of this contract.”

Councillor Wares described the contracts as having had “no member oversight save for a nod and a wink by the administration and a (consultancy) contract that nobody can question”.

He added: “Let us be clear, when something goes wrong, they will come for you.

“If there is nothing to hide, then show us all the detail, open your files and let us scrutinise.”

The former Labour chair of the council’s Children, Young People and Skills Committee said that he was not the politician who had given his consent to overruling a decision made collectively by councillors.

Councillor Les Hamilton, who chaired the children’s committee briefly before the local elections in May, said that despite assurances from officials, he backed calls for an audit.

The veteran Labour Councillor said: “That was before my time. I would support an audit so everyone can get some real hard figures that everyone can understand.” 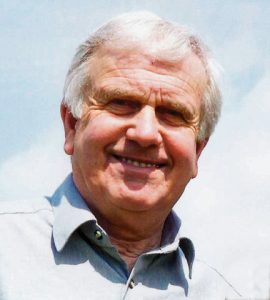 The cross-party Audit and Standards Committee unanimously agreed to an audit of the contract process.

After the meeting, at Portslade Town Hall, Councillor Wares said: “We are pleased that colleagues agreed that the issue of non-disclosure, stifling debate and keeping elected members in the dark was unacceptable.

“I referred to questions that we were promised would be answered at the Policy, Resources and Growth Committee on Thursday 11 July and here we are 12 days later and still no answer. It speaks for itself.”

Councillor Mears added: “As corporate parents we have a legal and moral duty to protect those in our care.

“It is very difficult to do this when the administration deliberately shroud everything in secrecy.”