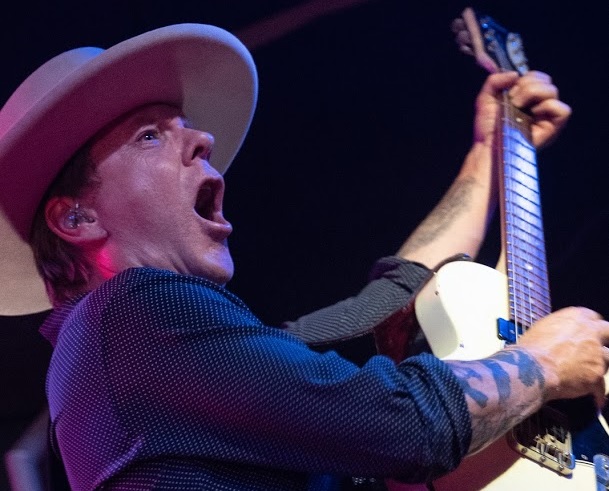 What do you get if you cross a rodeo cowboy with a Hollywood actor and singer/songwriter? The answer is Kiefer Sutherland, and he is very talented at all three, having won awards for both his acting and his roping skills at rodeos as well as having produced two albums, ‘Down In A Hole’ in 2016 and ‘Reckless & Me’ in April this year. An interesting guy. He has had three successful careers, not counting those of producer, director and, not least, father and husband.

Born in London in 1966, Kiefer Sutherland is the son of Donald Sutherland and Shirley Douglas, two celebrated Canadian actors. He is best known for his film and TV acting roles, notably playing Jack Bauer in ‘24’ and Tom Kirkman in ‘Designated Survivor’ TV series, and for starring in many films such as ‘The Lost Boys’, ‘Young Guns’ and ‘Flatliners’. His colourful personal life is well documented over the decades, not all of which ended happily. This life, lived to the full, has provided Kiefer with fertile fodder to feed his songwriting skills. 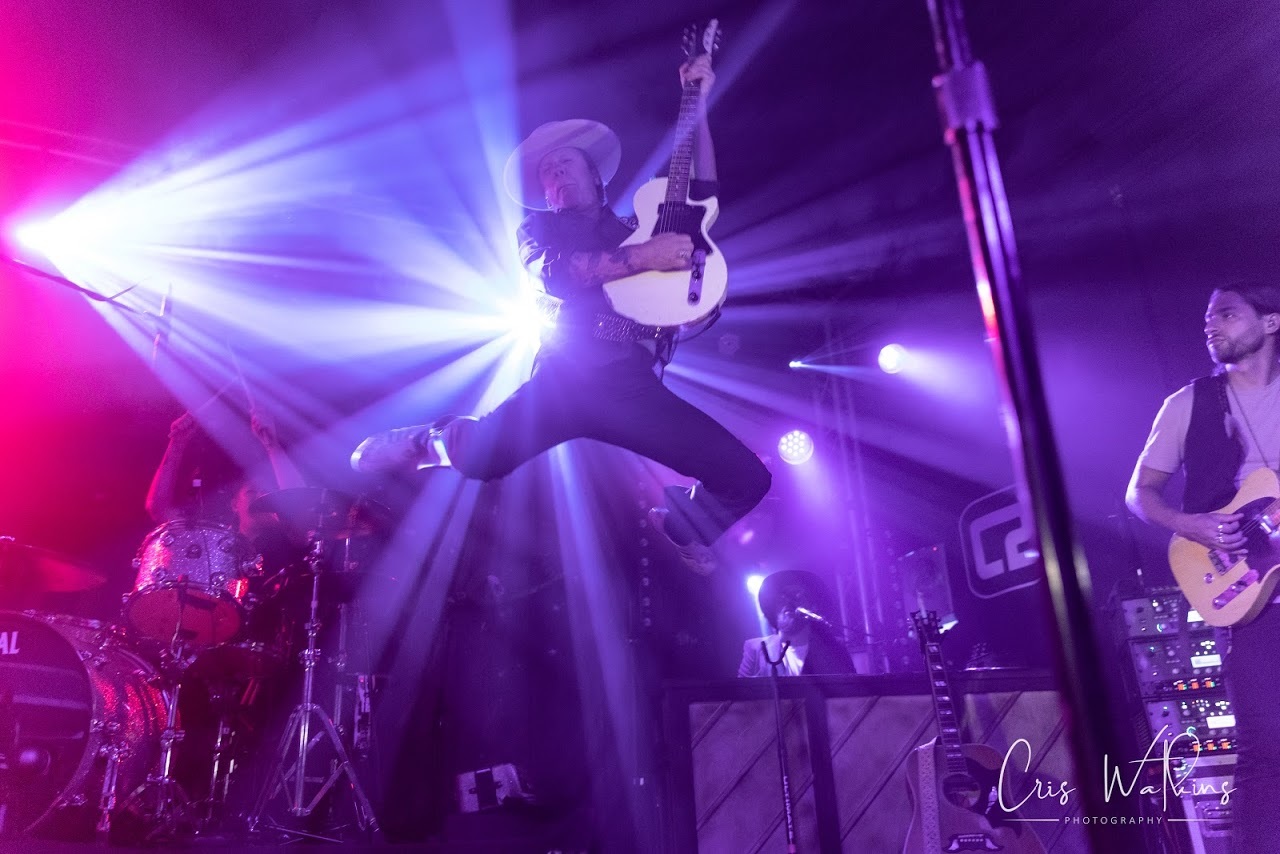 Kiefer was wearing his musician Stetson on the hottest night of the year so far at a very sweaty Concorde 2 in Brighton. The packed audience at this sold out gig were like restless steers, champing at the bit, noisy and excited, looking forward to being roped in by Kiefer Sutherland, who they adored.

Kicking off with ‘Rebel Wind’ he and his band got straight down to demonstrating their rocky country sound, swiftly followed by ‘Can’t Stay Away’ and ‘Something You Love’. Kiefer was good at explaining the lyrics to all his songs, the latter number, he said, had lyrics to live by, about the importance of love in everyone’s lives, the audience responded to the song with cheers. ‘Reckless & Me’, his latest album’s title track, was written initially about his horse, he said, but he had come to realise that he was also writing about himself. The song included a good guitar solo by his lead guitarist, a member of the low-key, but good, backing band. ‘Shirley Jean’ had been written as a tribute to Johnny Cash, who was one of his musical heroes, as were Merle Haggard and Waylon Jennings. The number featured mandolin and harmonica.

‘Open Road’ was particularly enjoyable, building nicely after a slow intro, and ‘Faded Pair Of Blue Jeans’ was extremely popular with the crowd. It was a love song for all those who have ‘put in the work and have a great relationship’, Kiefer said, and merited a rotating glitter ball. ‘Blame It On Your Heart’ was a fun honkytonk number, complete with beautiful, tinny, bar room piano background, an addition I really enjoyed.

‘Saskatchewan’ a sad song with added slide guitar, had a heart-warming story attached to its creation, which was written on a plane rushing to visit his mother in hospital who had recently suffered three strokes. He had been forced to consider what his mother meant to him and address the likelihood that she would not recover. (The happy outcome was that she is currently recovering and slowly returning to herself). The last numbers were a mixture of rocky bar room numbers (‘This Is How It’s Done’ and ‘All She Wrote’), a love song inspired by Bridget Jones (!) (‘I’ll Do Anything’), and heavier rock ‘n roll (a Tom Petty cover ‘Honey Bee’ and ‘Down In A Hole’ from his debut album.

Kiefer and his band finished the evening with an encore of ‘Knocking On Heaven’s Door’ (Bob Dylan cover) and ‘Agave’.

So, what was the verdict on this evening’s entertainment? Kiefer’s voice is nice and rough, not particularly distinctive, but his songs are all well written, and were performed by a seasoned, but young, band who brought in the additional sounds of mandolin, accordion and slide guitar. The impression last night was one of an ageing A Lister, fulfilling his dream of becoming a rock god, and happily working hard at making yet another career successful, while remaining self-deprecating and grateful for any audience’s appreciation. He is currently on a long tour of US and Europe, promoting his recent album ‘Reckless & Me’. 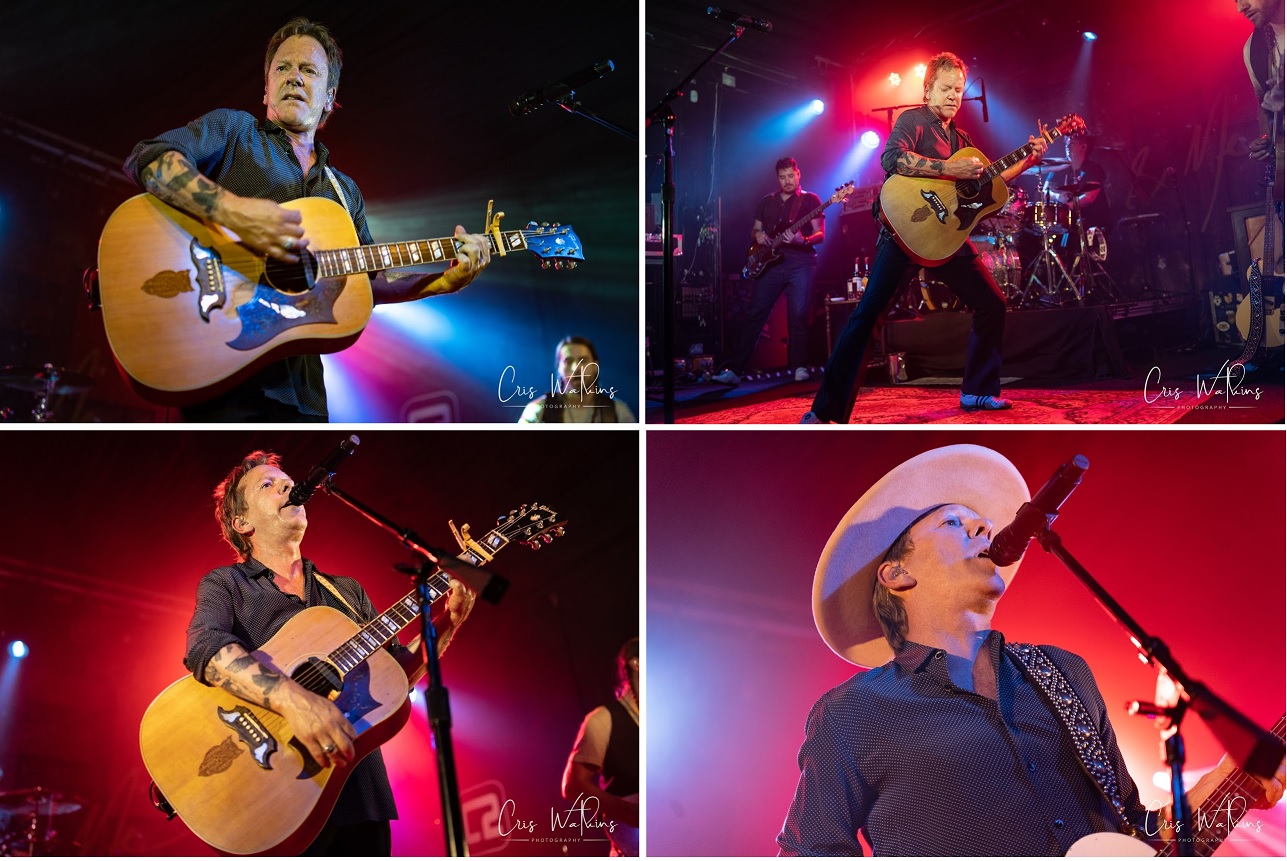 Further information on Kiefer can be found here kiefersutherland.net

The support artist this evening was local boy, Jacko Hooper, who sang his own songs mostly with acoustic guitar alternating with keyboards. Check him out here www.jackohooper.com 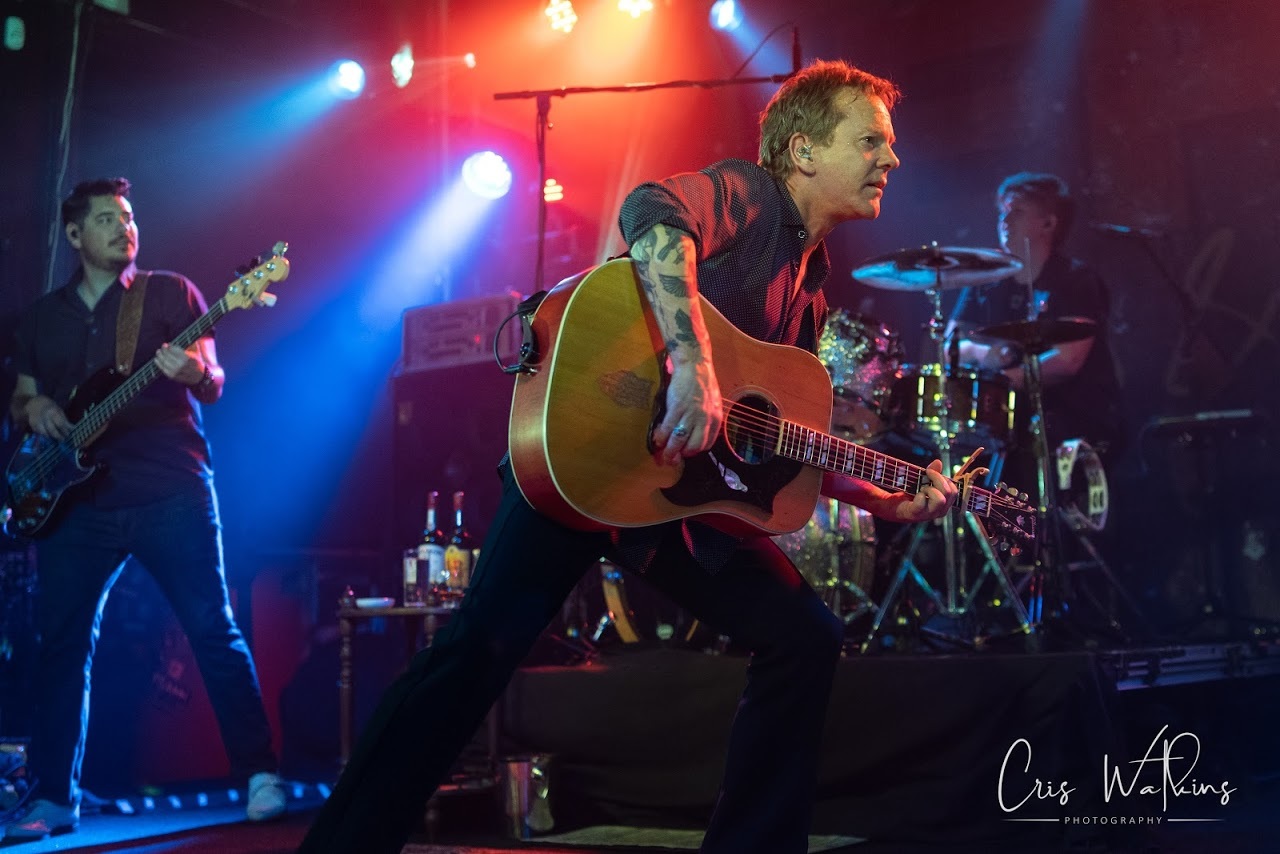