Work has started on building a £21 million college extension to equip students from Brighton with vital digital and creative skills. 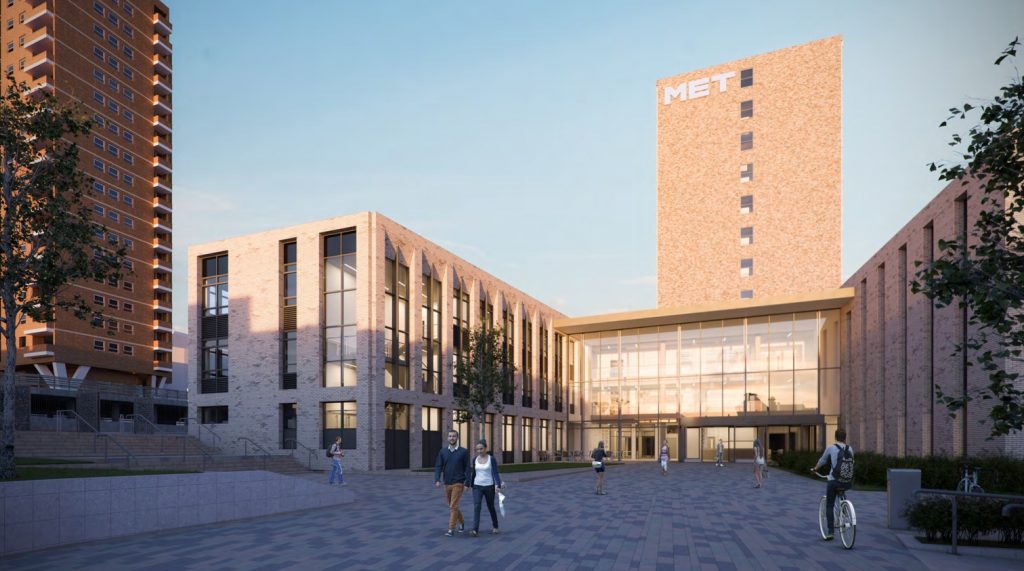 The extension is being built on the car park next to the Greater Brighton Metropolitan College tower block in Pelham Street, Brighton.

The college – known as GB Met or just the Met – will use the extension to house its new Centre for Creative and Digital Industries.

Hundreds of 16 to 19-year-olds are expected to start courses and apprenticeships at the Centre, helping to boost Brighton’s reputation in the creative and digital sector of the economy.

Building work, which started this week, is due to be completed by the end of next year and the first students should be on site in early 2021.

Much of the £21 million cost of the scheme is being funded by the sale of the college’s Victorian buildings on the east side of Pelham Street. These will be demolished to make way for about 130 flats in a six-storey block.

The Met has also been given a £5 million grant by the Coast to Capital Local Enterprise Partnership – the LEP – and can draw on a £5 million loan from Worthing Borough Council.

The college said: “The long-awaited works will provide facilities to address the longstanding skills shortages that have been well-documented across both the Greater Brighton region and nationally.

“The c3,000m2 extension to the existing tower block will become an invaluable training facility for young people and those looking to retrain while also providing local businesses with a sustainable pipeline of skilled workers.

“The plans submitted by the Greater Brighton Metropolitan College (the MET) received unanimous consent from the (Brighton and Hove City Council) Planning Committee in addition to the backing of countless influential stakeholders.

“This includes a £5 million Local Growth Fund grant awarded by the LEP in recognition of the important role the development will have in driving forward the region’s economic growth. 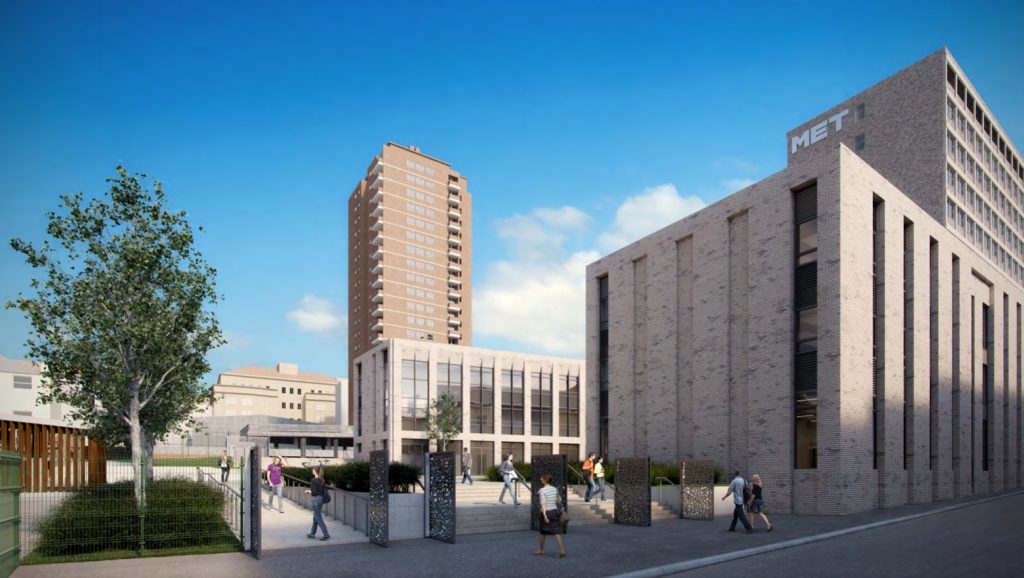 “To keep the development cost-neutral, the college has sold off the land to the east of Pelham Street which currently houses outdated facilities.

“The site will be redeveloped to provide 130 much-needed residential units, supporting the city in its bid to tackle the ongoing housing crisis.

“The sensitively designed extension will be constructed on the existing car park, creating a welcoming new ‘shop front’ for the college set within a large public space that includes secure bike storage for staff, students and visitors.

“In addition to the state-of-the-art studios and classrooms which have been specifically designed for creative and digital specialisms, the new-build will also provide updated facilities and improved public access to the college’s other subject provision located on site.

“Notably, the student-run hair and beauty salons will be relocated to the lower floors, continuing to deliver affordable treatments to the public while also enabling students to gain invaluable practical experience.

“During the 17-month development, the college will remain open as usual, with no disruption to current course provision or existing facilities. 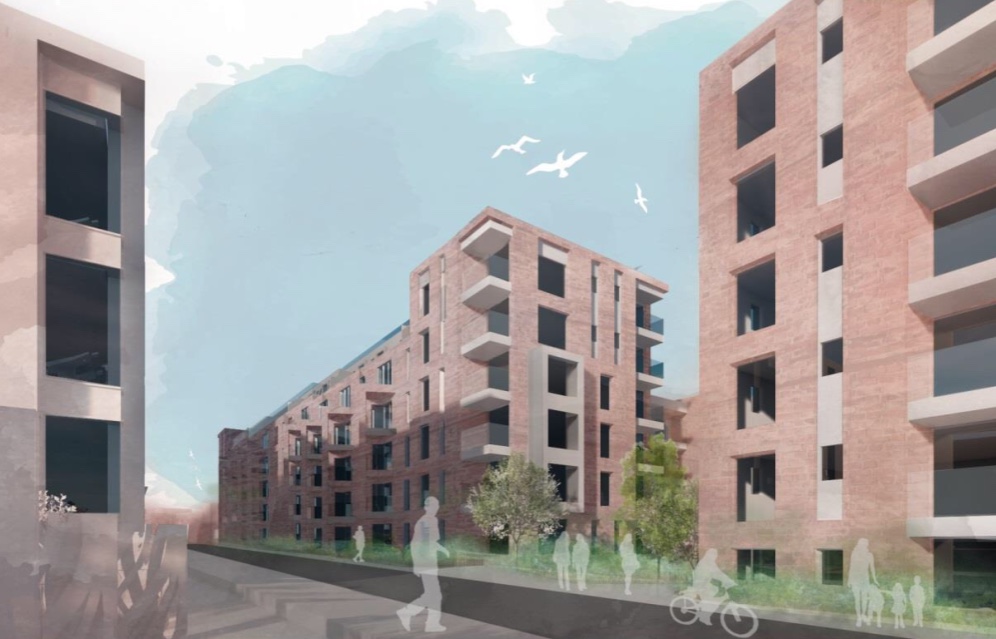 “The MET’s other four campuses have all received significant investment to modernise their facilities in recent years – the latest being the opening of a dedicated Construction and Trades Centre at the East Brighton campus in Wilson Avenue in September 2017.

“The current Pelham Street development has paved the way for an enhanced focus on the higher education provision at the MET’s West Durrington campus, in west Worthing.

“Already renowned for delivering exceptional graduates to the creative industries, the site will now house all of the MET’s university-level arts courses.

“As well as the benefits of students across creative industries being able to collaborate together in their studies, the MET has also agreed a landmark partnership with the prestigious University of the Arts London (UAL).

“In addition to the existing further education courses it already oversees, UAL will also validate the MET’s university-level degrees.

“Ranked as the world’s second-best university for art and design, and Europe’s largest specialist provider, UAL’s partnership with the MET will see long-term benefits to alumni throughout their careers.”

The Greater Brighton Metropolitan College was created as a result of the merger of City College – formerly Brighton Technical College – and Northbrook in Worthing. 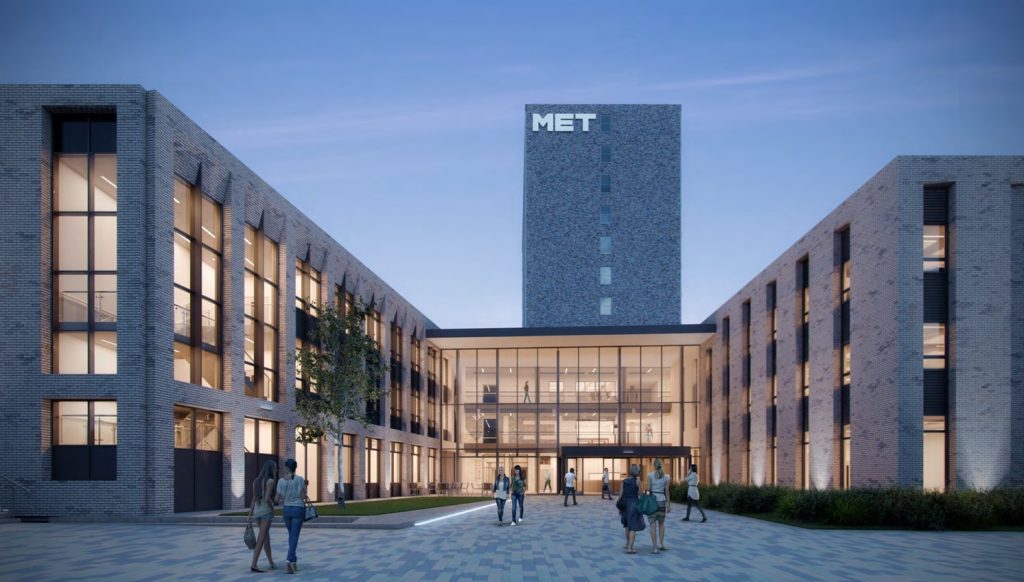