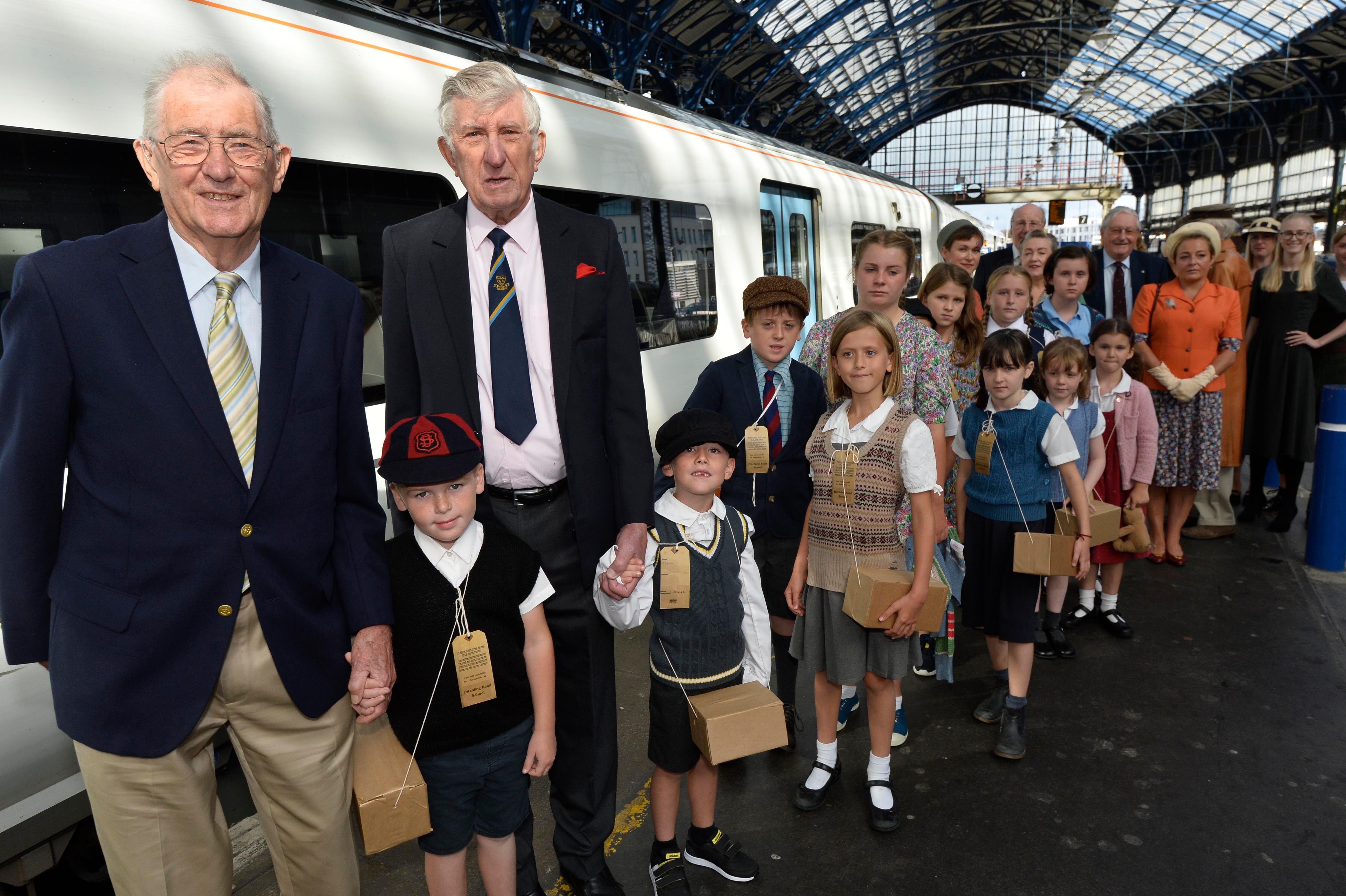 Two Brighton brothers yesterday (September 3) relived the journey they took eight decades ago as child evacuees, on the 80th anniversary of the declaration of WWII.

Barry and Gerald Gooders were evacuated to Brighton from their home in Thornton Heath, London when they were just seven and five years old, after war was declared.

On Tuesday, they retraced their steps, catching a modern Thameslink train to Brighton Station, then a classic Brighton & Hove Buses’ Routemaster bus to Downs Junior School, which houses the only school air raid shelter open to the public in Britain.

The room fell silent as Chamberlain’s declaration of war was replayed on the radio at precisely 11.15am.

Barry said the day had brought his memories flooding back.

“I have to say, when I was on the train I did feel a touch of emotion, a touch of nostalgia. I’m pleased to be able to recreate it.”

He said he clearly recalled the day he was evacuated.

“Once we left all the weeping mothers at the school gates we were excited. It was a day out with friends and teachers that we knew.

“It seemed like an adventure. None of the nasties had happened at that stage, the bombs and the guns, so we didn’t have any foreboding.”

After their train arrived at Brighton Station the children piled on to a Brighton Hove & District green double decker bus to be sent to their host families.

Barry said: “They called the children from the bus, introduced them to the person in the house and we were just left there.”

The evacuees’ arrival by bus certainly caused a stir in Brighton.

“The locals in Upper Bevendean were agog. They’d never seen a double decker up there before!” said Barry.

Brighton & Hove Buses’ Managing Director Martin Harris said: “It would have been such an emotional journey for those children – terrifying and exciting at the same time.

“I don’t think any of us who haven’t lived through war can really imagine the enormity of it. It’s another reminder of the sacrifices that were made for us all during that war.

“We were privileged to be there with Barry and the children to recreate the journey he took with his brother all those years ago.”

Downs Junior School interactive air raid shelter museum, Take Shelter, is open to individuals and school groups for tours. The school is currently trying to raise money to improve access to the shelter.