A court has given detectives more time to question two men suspected of murdering another man at a flat in Brighton yesterday morning (Wednesday 11 September).

The victim died after being stabbed in the head and chest.

Sussex Police said this afternoon (Thursday 12 September): “Detectives investigating the murder of a man in Brighton have been granted a warrant of further detention to question two men arrested in connection with his death.

“Police were called to a flat in Stafford Road at 1.58am on Wednesday (September 11) after a report of a disturbance.

“Officers forced entry to the premises where they found a man with serious injuries.

“Two men were detained by police in nearby gardens a short time later having fled from the premises as officers entered.

“The victim, who is believed to be in his twenties and was sadly pronounced dead at the Royal Sussex County Hospital at 3.53am, has not yet been identified.”

Detective Chief Inspector Alex Geldart, from the Surrey and Sussex Major Crime Team, who is leading the inquiry, said: “We are working with partner agencies in a bid to establish his identity and are undertaking house-to-house inquiries in the area to find out if he was known to neighbours as a resident or may have just been visiting the property.

“He is white, appears to be in his twenties, 6ft 2in and of very slim build.

“We would like to hear from anyone who may have seen him in the area or who recognises his description. 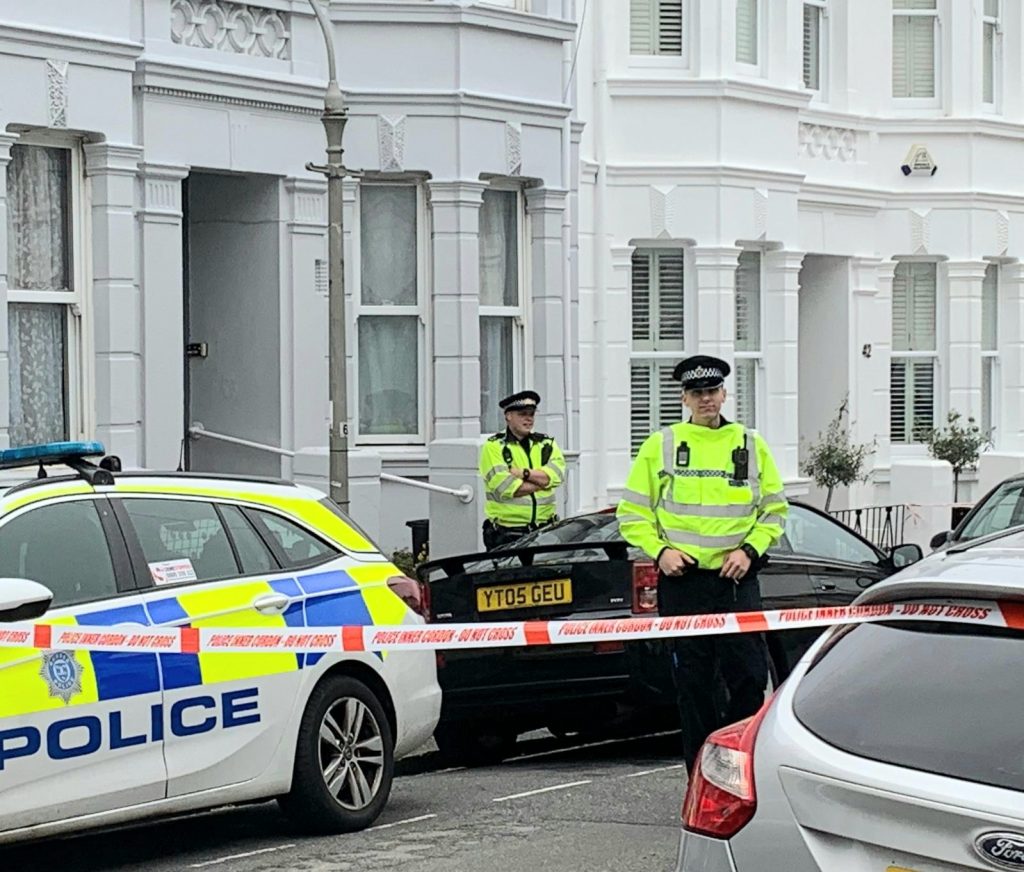 Today magistrates granted the investigation team a further 36 hours to question the men.

They are a 44-year-old, from Brighton, and a 45-year-old, of no fixed address, who have been arrested on suspicion of murder.