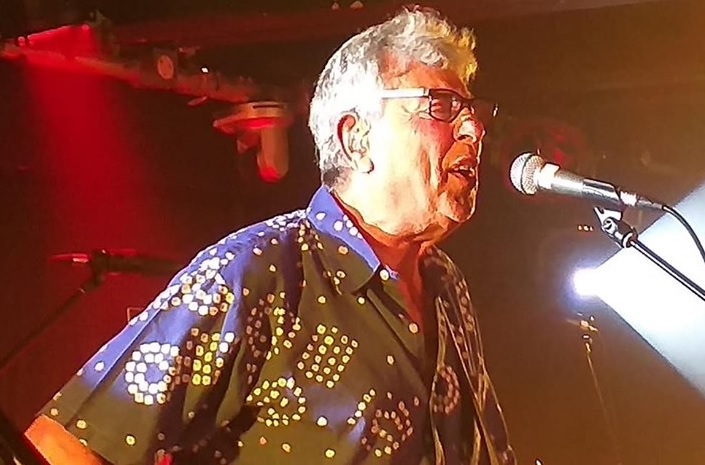 10cc were back in Sussex just four months after playing to a sold out 1,689 crowd at the Congress Theatre in Eastbourne, where they performed an outstanding 19 song set – read our review HERE.

This time around it was a much more intimate affair as the quintet rocked up at the 400 max capacity Komedia on Gardner Street in Brighton. The event was part of the annual Nordoff Robbins presents Get Loud series, which last year featured All Saints at the same venue.

Tonight’s concert not surprisingly sold out in super quick time, especially as tickets were a mere £11 inc booking fee, with all profits going towards promoting Nordoff Robbins’ life-enhancing music therapy, that was also featuring other live performances across London at the same time.

The Komedia punters this evening were understandably mainly in the 40-60 age bracket as 10cc arguably reigned supreme from between 1972 and 1980, clocking up no less than eleven top 10 hits, and selling over 15 million albums in the UK alone.

These days the Art-Pop band are led by co-founder Graham Gouldman who is this evening accompanied by Nick Kendall (lead guitar, bass, vocals), – who incidentally has replaced Rick Fenn who was performing at the aforementioned Eastbourne concert – Paul Burgess (drums, percussion) – who has been on the stix for the band since 1973 – Keith Hayman (keyboards, guitars, bass, vocals) and Ian Hornal (vocals, percussion, guitar, keyboards). 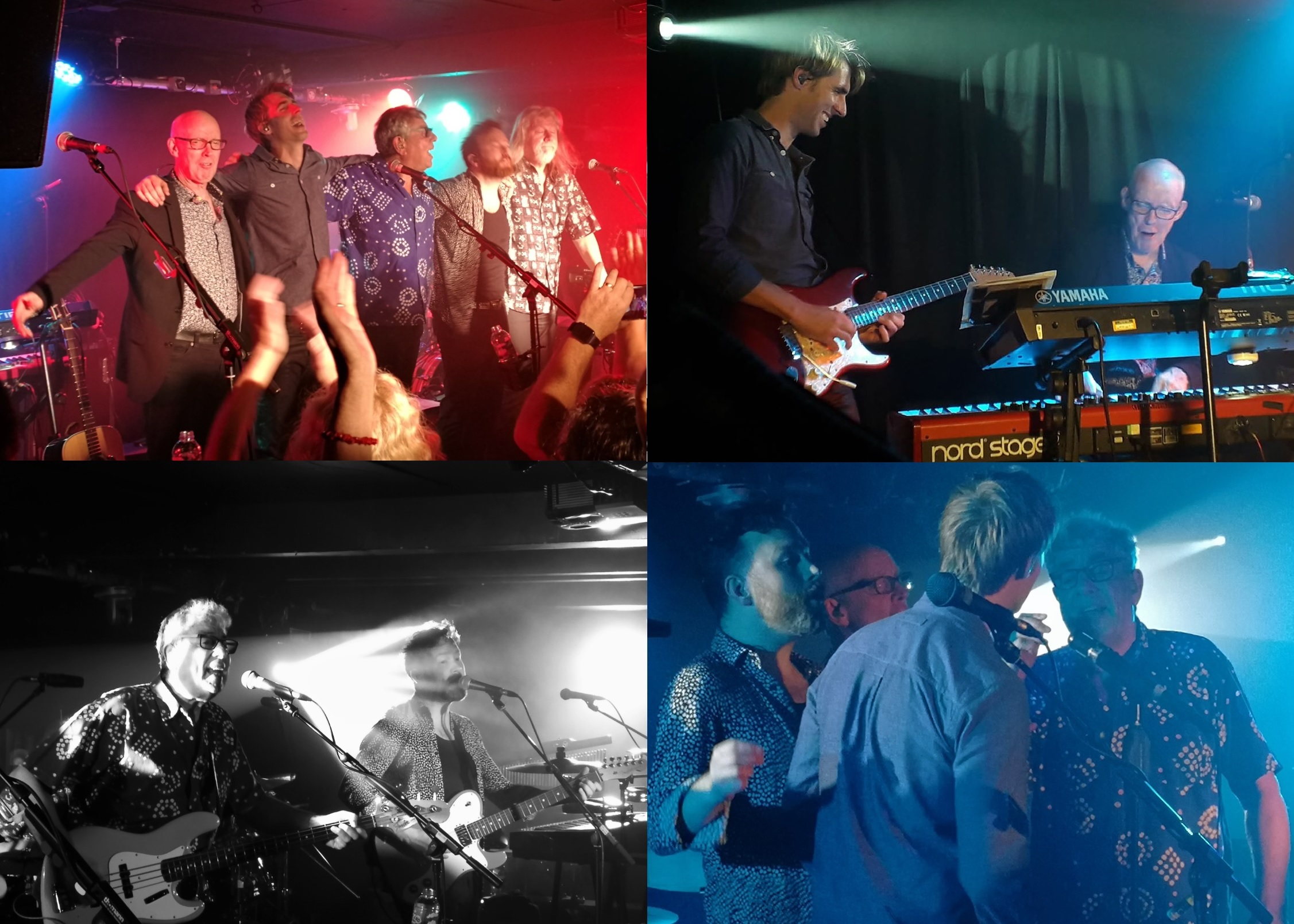 Just after 8:30pm, the intro tape begins and the guys stroll onto the compact stage (at 8:35pm) that is littered with an impressive row of slick looking guitars and the like. I note that part of Paul’s drums are shielded by a clear perspex shield. Their set is shortened to 14 tunes, which is 5 less than their previous Eastbourne concert, but this evening’s ‘greatest hits’ event has to conclude by 10pm – it does by two minutes.

First up was ‘The Wall Street Shuffle’, which was warmly received. The musicianship was literally flowing off of the stage, these guys are seriously crisp. ‘Art For Art’s Sake’, ‘Life Is A Minestrone’ and ‘Good Morning Judge’ followed. Then came a warmly welcomed performance of ‘The Dean And I’. You suddenly start to realise just how many decent single’s the original members managed to pump out in a relatively short space of time.

The rather lengthy eleven and a half minute epic ‘Feel The Benefit’ was given an outing next. It seemed to grow in statute the longer it was performed and was the nearest we came to prog rock all night.

After a trio of other tunes, we were privileged to listen to ‘I’m Mandy Fly Me’ and the even better glorious harmonies of ‘I’m Not In Love’. It’s amazing to see the latter performed live and still amazes me how they do it. There’s certainly nothing stored on Apple laptops anywhere, this is a 100% live performance!

It was now time for the punters to joyfully sing along to ‘Dreadlock Holiday’ and then a swift Flying Pickets style acapella version of ‘Donna’ – which was the first ever 10cc track I can ever recall hearing. We ended with a nice bouncy version of ‘Rubber Bullets’. A rather successful night out I would say!

Upon close inspection of the setlist, it says 6th August 2019 at the top, which was when they were at the Teenage Bottlerocket at New Cross Inn, London, so maybe tonight was the same as that?

Nordoff Robbins believe in the power of music to enrich lives and their mission is a world where music therapy is available to all who need it. The charity receives no government funding, so every donation makes a real difference. If you wish to make your donation go even further, sign-up to Gift Aid – click HERE. 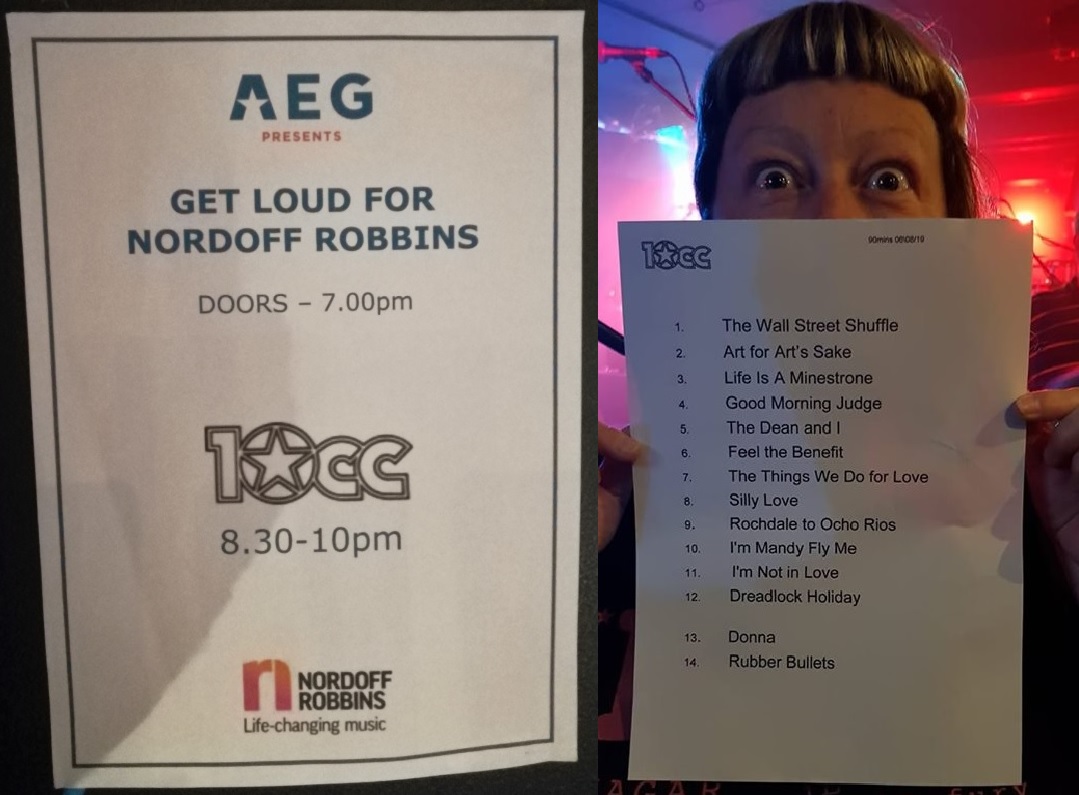 Further reading……Tonight’s 10cc personnel have some serious musical pedigree as long as your arm and to be honest too long to list here, but here’s a taster of each members pedigree:
Graham Gouldman wrote ‘For Your Love’ in the mid 1960’s for The Yardbirds, who are the band known for starting the careers of three of rock’s most famous guitarists, Eric Clapton, Jimmy Page and Jeff Beck. Plus last summer Gouldman joined the legendary Ringo Starr and His All Starr Band for a series of shows across Europe and North America.
Nick Kendall grew up in South Africa and received a scholarship to study at the Berklee College of Music in Boston, USA, and moved to the UK, where Nick’s work here has included three West End chairs, Rock of Ages, Jersey Boys and Kinky Boots, live and studio work with various artists including 10cc, Cliff Richard, Tony Hadley, Jimmy Sommerville, Oliver Wakeman and Gordon Giltrap to name a few, as well as having worked closely with Pete Townshend and Brian May.
Paul Burgess has been an official member of not only 10cc but also Jethro Tull, Camel, Magna Carta and The Icicle Works and toured with Joan Armatrading and done live work for Alvin Stardust and Gloria Gaynor.
Keith Hayman is Sir Cliff Richard’s musical director, arranger and keyboard player and has worked with Olivia Newton-John, Russell Watson, Elaine Paige, James Ingram, Lamont Dozier, Freda Payne and Percy Sledge.
Ian Hornal is not only a member of 10cc but a touring member of Jeff Lynne’s ELO and toured with Yes featuring Jon Anderson, Trevor Rabin and Rick Wakeman, and he is an artist in his own right too. 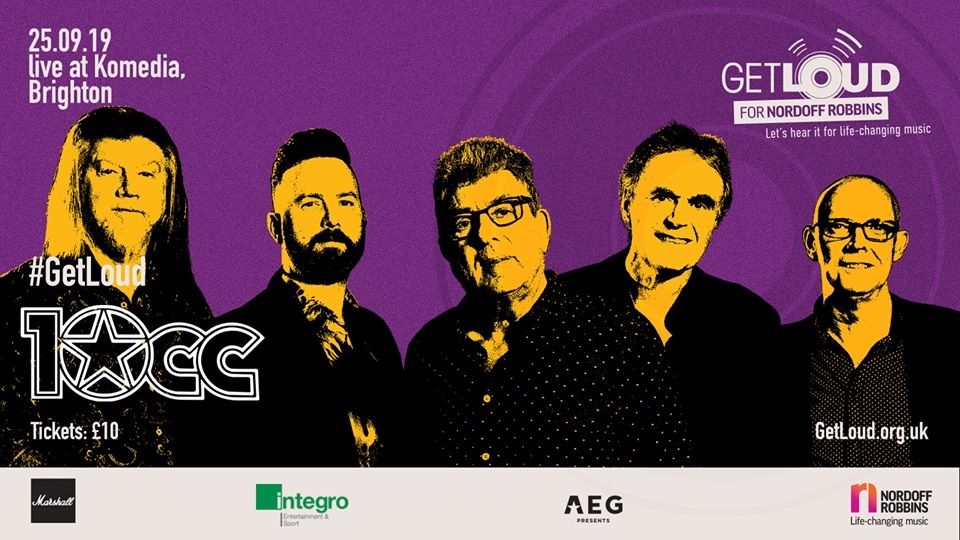