Sweaty Saturday night out in Brighton with The Wildhearts & The Professionals 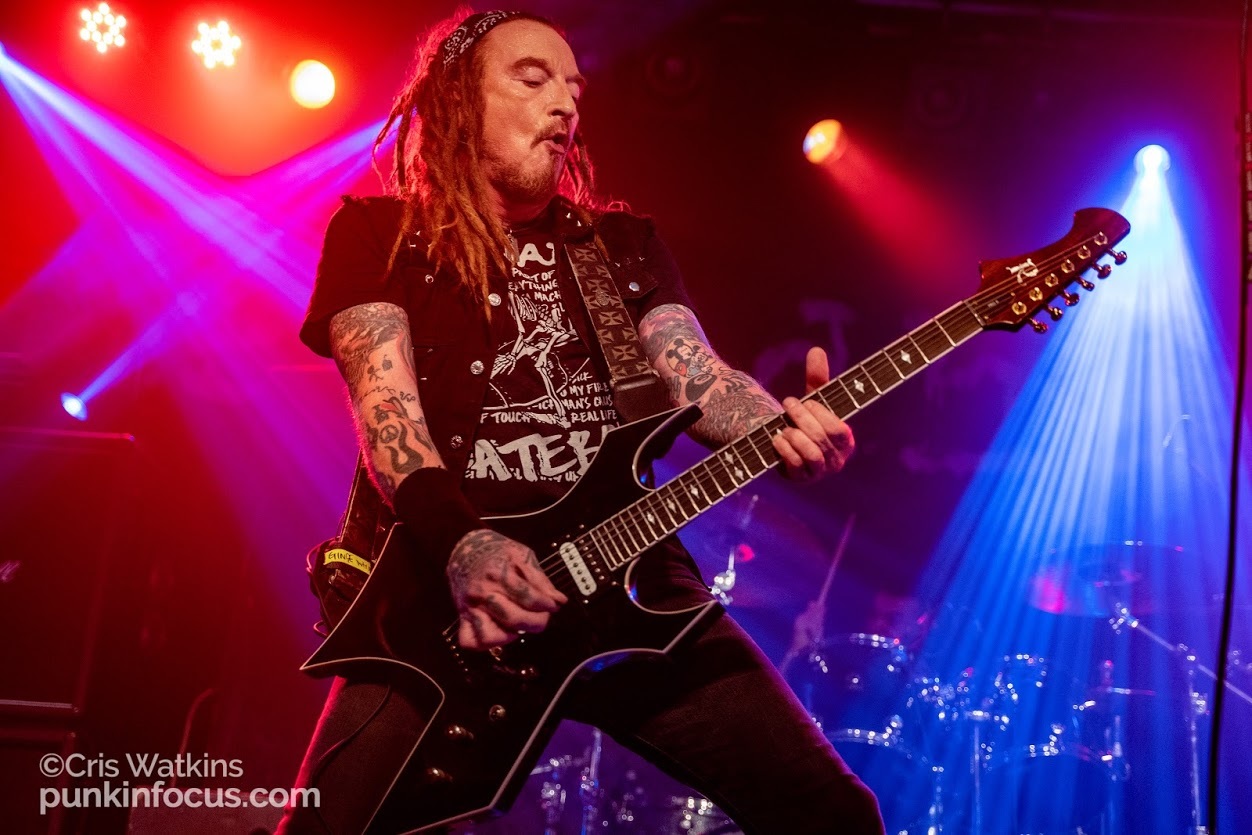 The Wildhearts live at the Concorde 2, Brighton 05.10.19 (pic Cris Watkins Photography/PunkInFocus) (click on pic to enlarge!)

Tonight The Wildhearts return to the fantastic Concorde 2 for the first time since their hot and sweaty appearance last August and again with a now solid fan favourite line-up of Ginger, CJ, Danny and Richie.

2019 has been an immense year for The Wildhearts, not only bringing out the number one rock album of the year (so far) and their first in 10 years, they go and follow it up a few months later with an absolutely storming mini-album/EP which hit the shelves just yesterday and if you’ve not heard it do yourselves a favour and pick it up, it’s a deck melter!

If you have been into hard rock in the last 25 years or so you’ll be no stranger to The Wildhearts as they’ve made a huge mark on the scene, with a double fistful of classic albums to their name, some of the finest songwriting of the past few decades and all backed up by incendiary live shows. Coming to a Wildhearts gig is like a catch up with family, I’ve been seeing a lot of the same faces at their gigs for the past few decades and it’s great to see now so many that bring their kids to the shows passing the baton on to their younger generation! 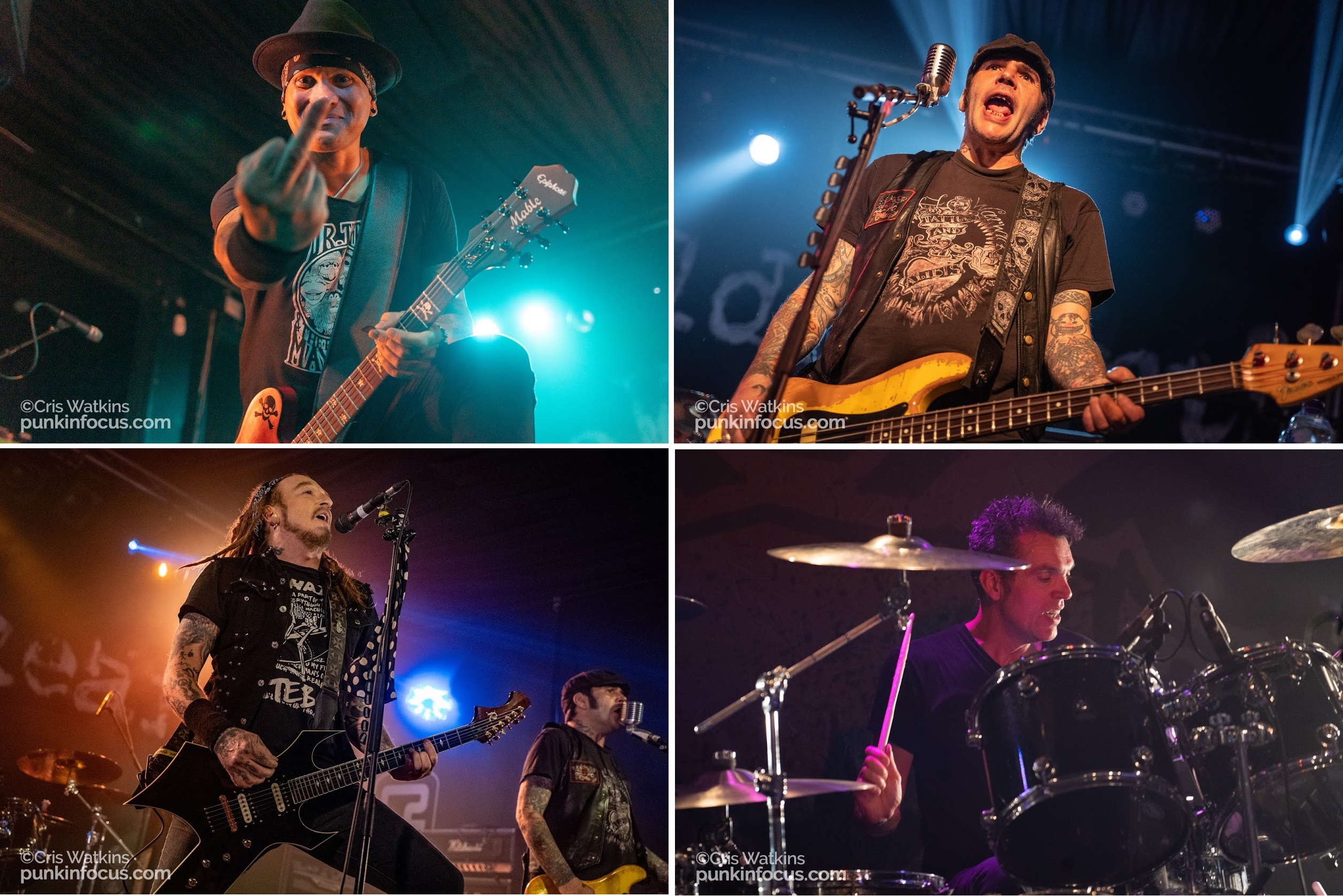 The Wildhearts live at the Concorde 2, Brighton 05.10.19 (pics Cris Watkins Photography/PunkInFocus) (click on pics to enlarge!)

Anyway back to tonight and it all kicks off with a bang as the band burst into ‘Diagnosis’ swiftly followed up by ‘Let Em Go’ both from latest album ‘Renaissance Men’ and never gets old and only gets better with age (like a fine wine) ‘I Wanna Go Where The People Go’ with the crowd around me singing every last word. It’s a blistering start and things only go skywards from here as we are treated to an unblemished and bludgeoning set of old and new classics, highlights though had to be for me ‘Mindslide’, which I’d not heard live for years ‘Jackson Whites’ from 2009’s ‘Chutzpah!’ and an absolutely storming romp through ‘Caffeine Bomb’.

It’s hard to believe that most of the band members are on the wrong side of 50 these days as the energy and passion they produce from the stage suck this sweaty packed crowd in like a vortex! I’m not going to give the full setlist away in case anyone reading is going to catch up with them on one of the other dates on the tour, but I will add you will not be disappointed, for those that want to know there’s a setlist at the bottom of this review.

The main set ends on an absolute high and can only be topped by the 3 song encore, ‘Everlone’ in particular which has the whole crowd bouncing to the thunderous twin-guitar assault as it gallops to its climax, now I’ve seen The Wildhearts play this live so many times in the past but this was arguably the best version I’ve heard, simply incredible. There are always songs you wished they’d played, but with such an extensive back catalogue there’s invariably going to be one or two killers left out of the live set, most notably for me tonight no ‘Love You Till I Don’t’ and nothing from one of my favourite albums ‘Endless Nameless’, but that’s never a surprise. The Wildhearts sound as fresh now as they did back in the 90’s and are still one of the most important and influential hard rock bands in the UK and again tonight they showed us why. Long live The Wildhearts!

Earlier tonight we were treated to 2 support acts, the first ‘Janus Stark‘ who due to the crazy early start time I, unfortunately missed out on, but speaking to a couple of show-goers after they seemed to go down pretty well with the ones that made it in plenty of time. 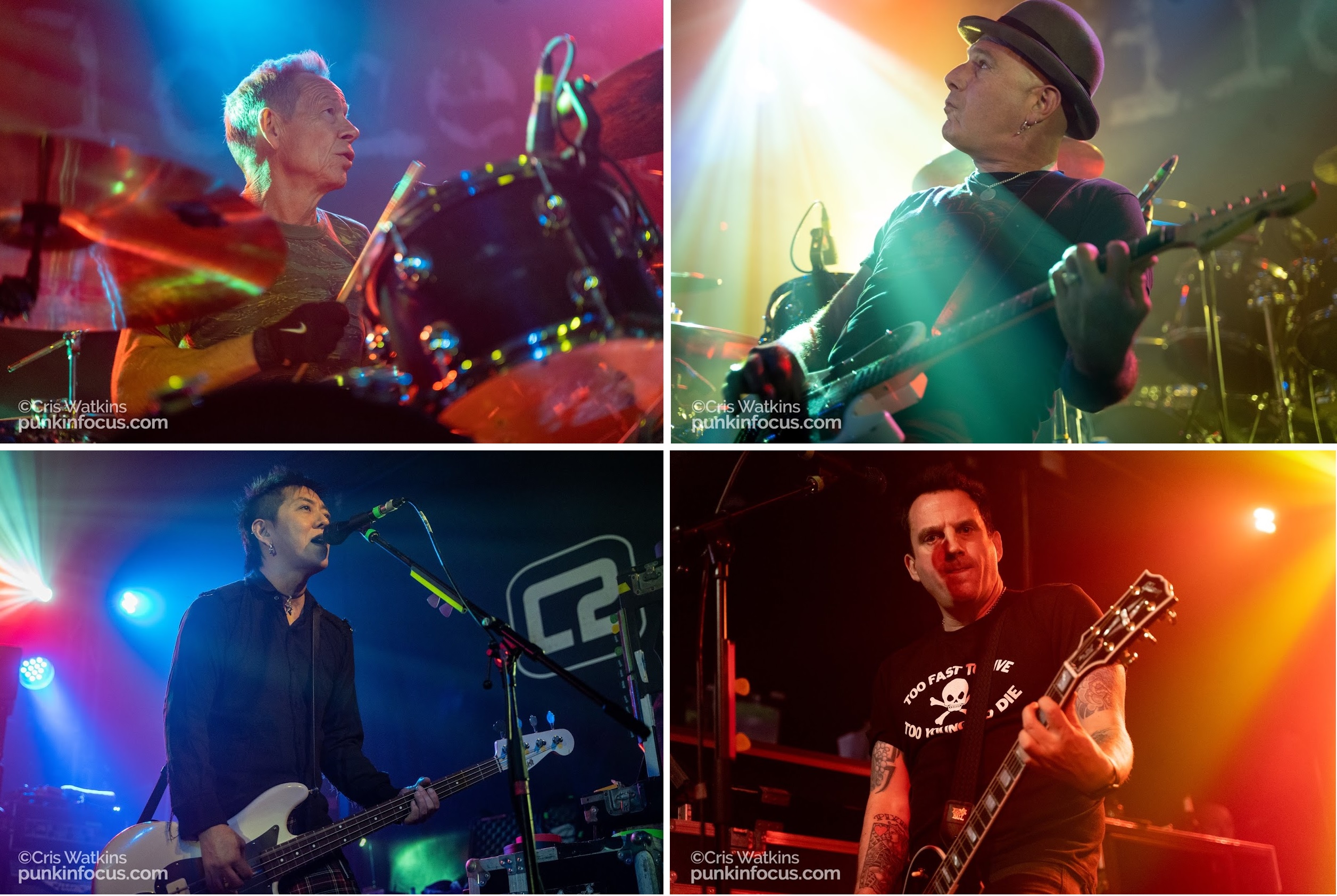 The Professionals live at the Concorde 2, Brighton 05.10.19 (pics Cris Watkins Photography/PunkInFocus) (click on pics to enlarge!)

Next up ‘The Professionals‘ who I’m no stranger to and this would be my 5th or 6th time catching these guys live and just like the previous dates they don’t fail to impress, even with a hurried shortened set due to the time limits, they still put on a belting show mixing the old with the new in one seamless set.

Opening with ‘Join The Professionals’, ‘Going Going Gone’ and the Sex Pistols favourite ‘Silly Thing’, they get this mob buzzing right from the start. With very little time for chat the band power through a couple of tracks from the forthcoming album (the first since 2017’s very highly rated ‘What In The World’) we also get ‘Kick Down The Doors’, ‘Let Go’ and finish up with a rousing crowd-pleasing outing of ‘123’.

The Professionals are a finely tuned punk rock machine and it’s about time they get out on a full headline tour of the UK, they’re so deserving of a top spot and they’ll be more than welcome on a return to the Concorde 2 judging by the response from tonight’s faithful! True Professionals! 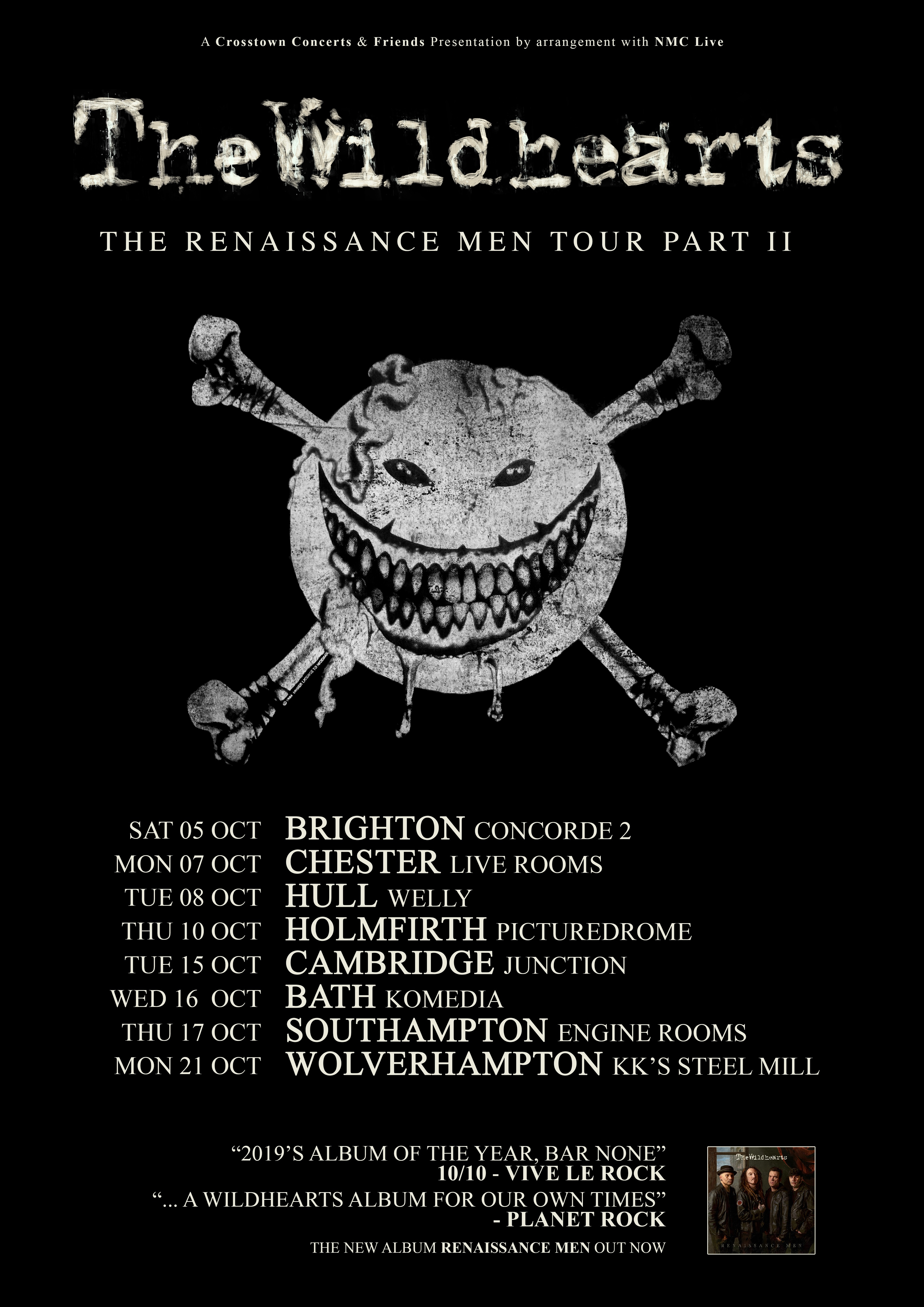 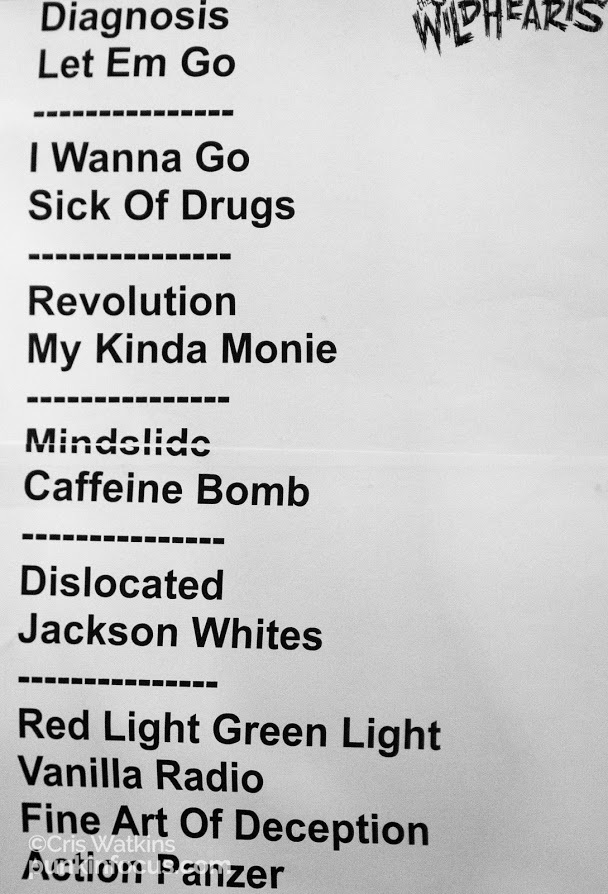