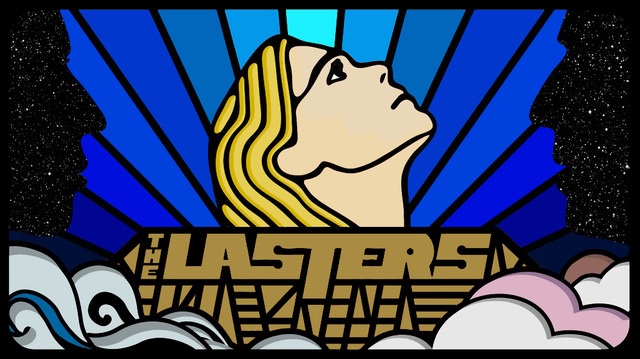 UPDATE: This show has now been cancelled. Contact your ticket supplier for further details.

Fasten your seatbelts. Lemon Jelly producer Fred Deakin is back and will be taking audiences into the new decade on a very different kind of trip.

Marking his return to the live stage with a series of UK dates in 2020, ‘Fred Deakin proudly presents… The Lasters’.

‘The Lasters’ is an ambitious new solo project inspired by classic concept albums like The Who’s ‘Quadrophenia’ and Jeff Wayne’s ‘The War of the Worlds’. A wholly original and truly out-of-this-world Sci-Fi concept record to rival the best, ‘The Lasters’ tells the tale of Earth’s final family.

And in the new year, Fred Deakin will be bringing this story to life with a visionary new live production set to tour around the UK for the very first time.

Following a hugely successful Kickstarter that funded the album’s one-of-a-kind vinyl run and subsequent digital release, supporters of the campaign were also exclusively granted access to witness the very first ‘The Lasters’ live shows at two secret gigs in September 2019. Featuring t-shirt tickets and psychedelic visuals aplenty, Fred has drawn on his years of expertise as a designer and interactive artist to create an immersive and thrilling live experience that defies description.

In a musical first for the former Lemon Jelly producer, ‘The Lasters’ has also seen him collaborate with ex-Ash member Charlotte Hatherley as well as newcomers Abi Sinclair and Steffan Huw Davies in addition to adding his own vocals to the album. Pulling out all the stops, the upcoming live shows will feature all four vocalists singing in character amongst projection-mapped animations.

A sensory-popping extravaganza that promises to immerse you joyfully into Fred’s futuristic world, don’t miss the very first ‘Fred Deakin Presents… The Lasters’ shows in all their mind-bending glory on UK stages throughout February 2020: 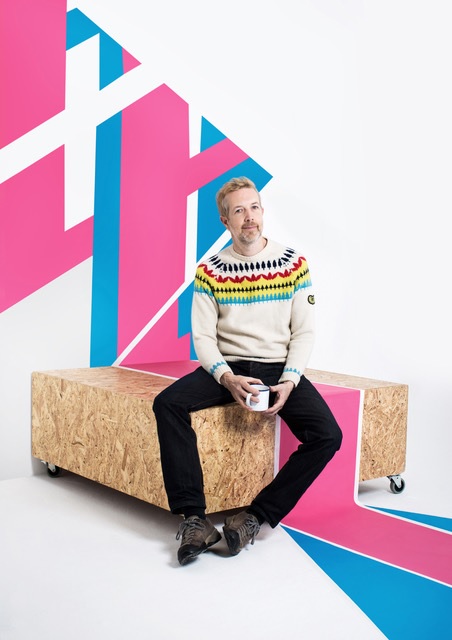 Set in a dystopian near future where climate crisis and a nuclear holocaust has brought Earth to the brink of extinction, the album marks Deakin’s first major release since his time as one half of hugely influential, Mercury and Brit-nominated Lemon Jelly. Marking Fred’s first foray into song-writing and singing, ‘The Lasters’ weaves together a number of contemporary themes including climate change, dependence on technology and coming-of-age, while still containing the inventive, broad and unfailingly catchy tunes that Lemon Jelly fans will be familiar with.

Discussing the inspiration behind ‘The Lasters’, Fred Deakin says:

“I started making this album four years ago. It’s inspired by my love of science fiction and my desire to make a proper concept album with a story running through it, like ‘War of The Worlds’, ‘Quadrophenia’ or Harry Nilsson’s ‘The Point’.

How difficult could that be? It was pretty difficult. I needed to come up with a compelling story to complement the music, I needed to expand my emotional palette of musical tones beyond joyful and banging, plus this is the first time I’ve had to write “proper” lyrics. Fortunately I was incredibly lucky to have some amazingly talented people to help me realise this vision, including my fellow vocalists Abi Sinclair, Steffan Huw Davies and Charlotte Hatherley, formerly of Ash.

The first single ‘The End Of The World’ takes place right in the depths of the story’s ‘dark night of the soul’, as our heroine despairingly watches her home planet, friends and family being destroyed in front of her eyes. Sorry ‘bout that – but ‘Rush’, the second single, taken from earlier in the narrative and describing a ride on a robot through the sky, lifts the tone somewhat!”

A multidisciplinary artist and musician, Fred Deakin is best known for his work with the Mercury and Brit nominated band Lemon Jelly, whose colourful approach to dance music garnered them a loyal fan-base and commercial success in the early 2000’s, selling over half a million albums and headlining stages at most major UK festivals. Lemon Jelly released three full-length albums on the XL record label including ‘Lemonjelly.ky’ and ‘Lost Horizons’.

Outside of music, Fred also founded the successful design studio Airside, and is now Professor of Digital Arts at the University of the Arts London, where he leads courses offering groundbreaking approaches to digital art, education and communication. 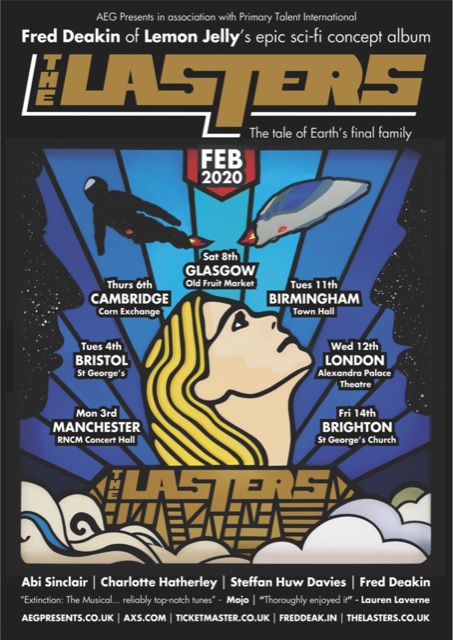 Brighton and Hove heads wrangle with council over back pay liability