A prolific graffiti tagger who was caught red-handed in Brighton has been let off with a caution and a day’s unpaid work. 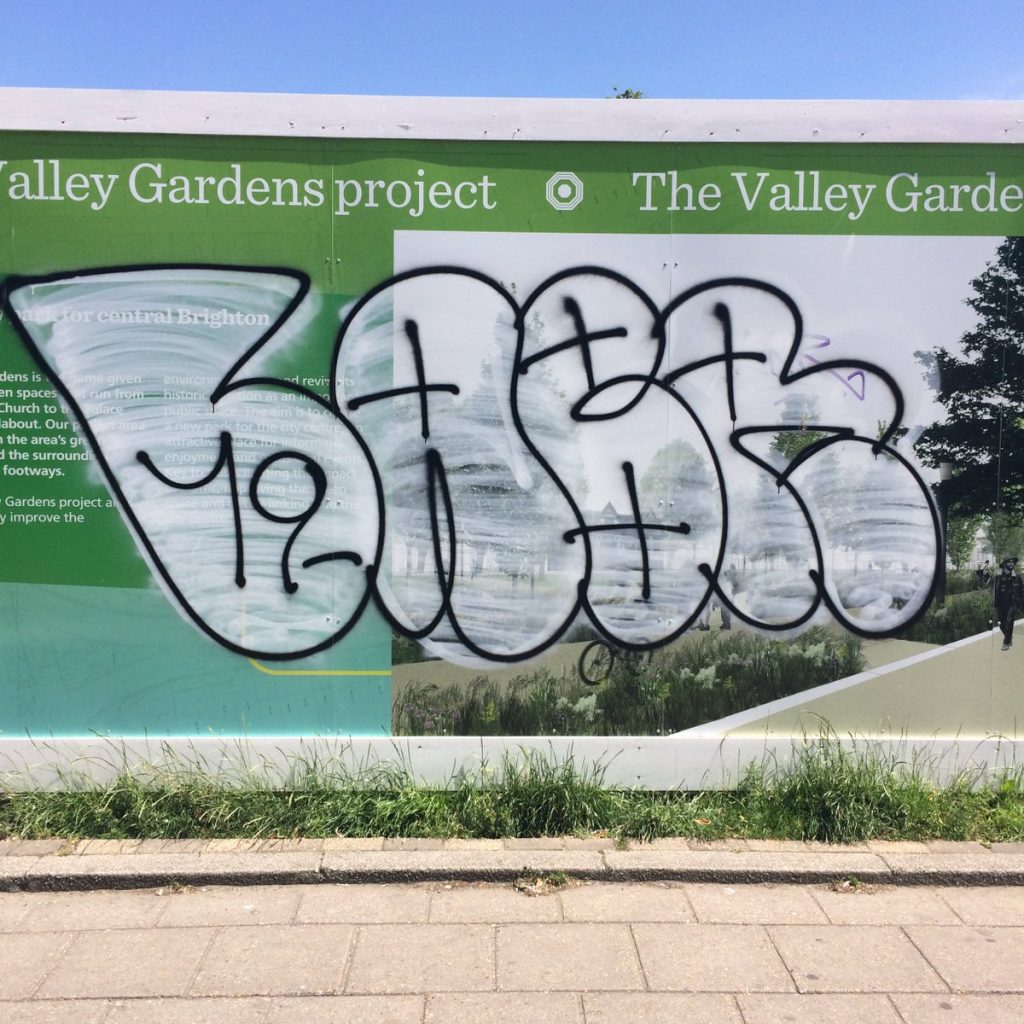 “The 22-year-old was arrested after a sharp-eyed CCTV operator spotted him spray painting his tag LABR across various shop buildings in North Street in the early hours on (Wednesday) 3 April.

“With the help of our partners, we identified 81 individual tags and numerous separate crimes were recorded.

“The suspect, who had been released under investigation was re-arrested, his home searched and additional evidence seized.

“Once confronted with the evidence, including a spreadsheet of tags across the city, he admitted responsibility for all of these tags.”

BCRP nightsafe manager Kylie Wroe said: “Graffiti is a serious problem in a city that receives 11 million visitors a year.

“Furthermore, it is a serious problem for the residents that live in the city.

“We were proud to work with our partners to address this issue and make Brighton and Hove a pleasant place to live, work and visit.”

Sussex Police added: “The man, who was not known to police, accepted a conditional caution, which included doing a day of unpaid work for the city council as part of a community payback scheme.”