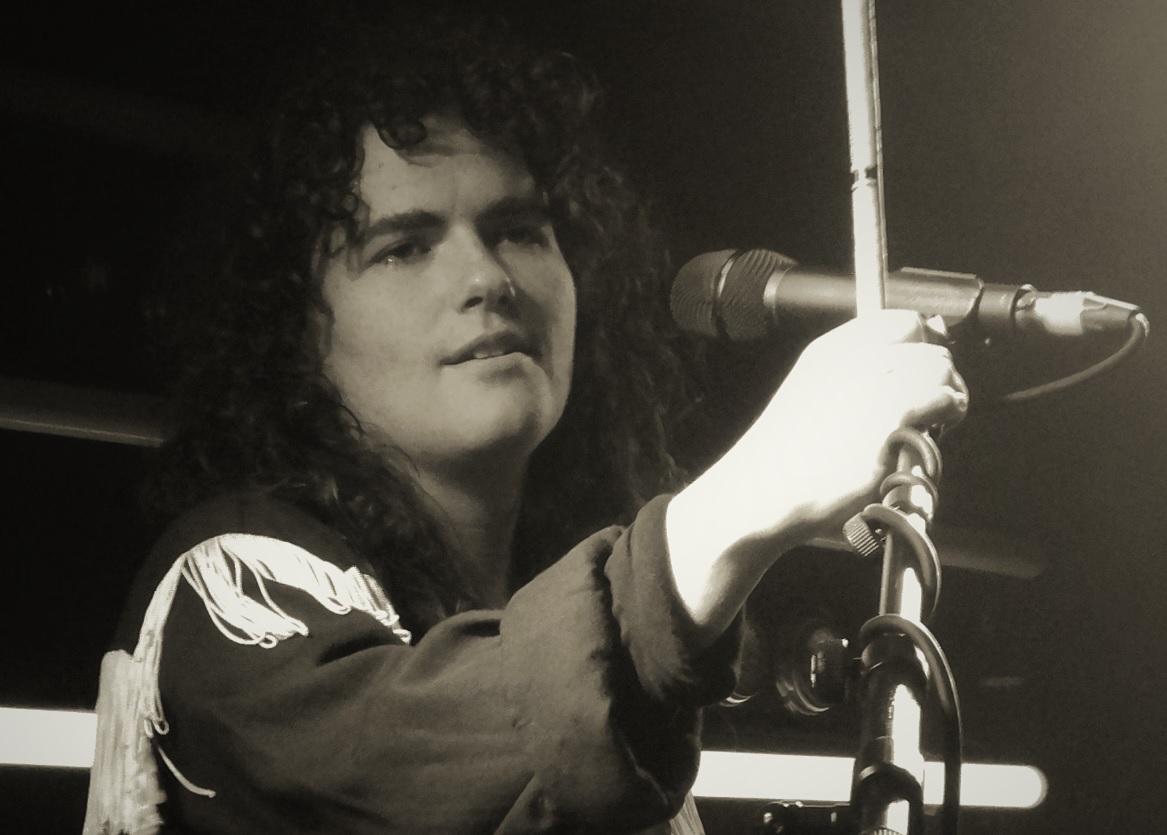 This year, many thousands of festival goers have witnessed an uplifting live synthpop dance set from the wonderfully talented Georgia who has enthralled music lovers right across the land with her electronic one-woman shows and I was lucky enough to be one of them!

I was very fortunate to have witnessed Georgia’s awesome appearance at this year’s Great Escape in Brighton, when she performed a blistering set at ‘The Deep End’ on the beach. It was that fab that I rated Georgia as my top act of the whole event – see our choices HERE.

My review of her 30 minute performance (from 8:15pm to 8:45pm) on Friday 10th May on Brighton Beach inside the ‘Deep End’ tent read as follows:

“THE surprise package of TGE for me was Londoner Georgia Barnes, who was introduced on the mic to the packed crowd down at The Deep End Beach Site by John Kennedy, who Georgia had met many years ago. She initially started out as a session drummer, then released her debut 12 tune self-titled album in 2015 and now writes, produces and mixes all of her music. She informed us this evening that her follow-up release will be coming out shortly on Domino Music and I for one will absolutely definitely be purchasing it. The reason for this is that she was for me the most enjoyable artist during the whole of the three days – her music gave me goosebumps”.

“Clearly Georgia understands the business having been in bands before, but as John put it, that she is now stepping out into the limelight and deservedly so. On stage it was just her and her kit of meaty sounding synths and drum pads. The deep bass sound produced at times went right through my body. Her sound is similar to Purity Ring and The Knife but a tad more mainstream. She wins the award for the highest cymbal I’ve ever seen too. Must see live again! In the meantime enjoy THIS”. 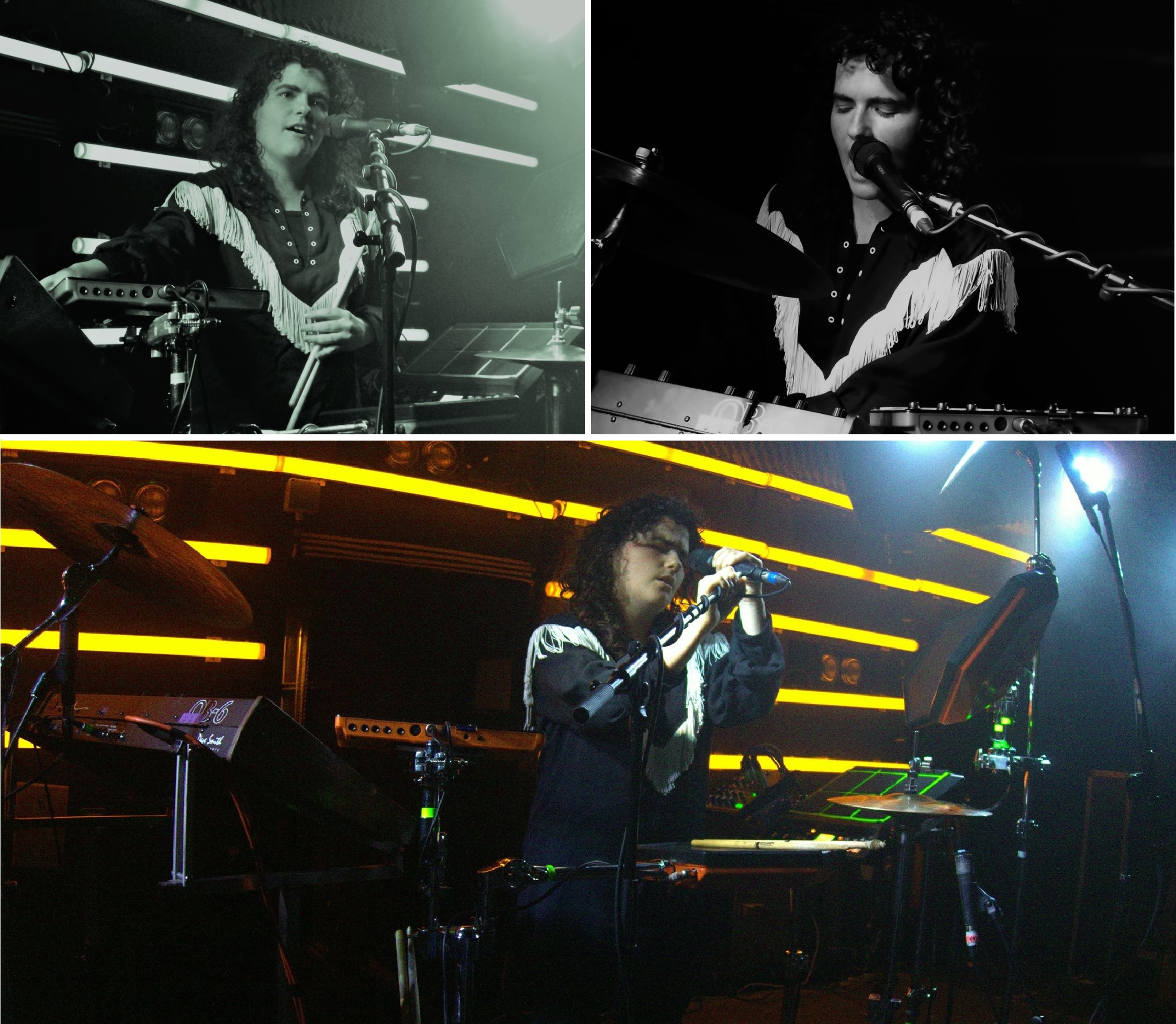 Chances are that you may have caught her recently on TV when she performed on ‘Later…With Jools Holland’ (watch HERE) or even caught her outstanding 41 minute set at Glastonbury 2019. Sign into iPlayer HERE to watch it in its entirety or click HERE to enjoy a 4 minute sampler.

Yes you guess it, I’m quite a fan! In fact when her second album ‘Seeking Thrills’ finally hits the streets on 10th January 2020, it will almost feel like a ‘Greatest Hits’ album, on the account of it being super packed with previous single releases! It’s got 2017 single ‘Feel It’, 2018 singles ‘Mellow’ and ‘Started Out’, as well as 2019’s mega-anthem ‘About Work The Dancefloor’. I can see it being left in the car CD player for some considerable time.

Having spied Georgia sneaking a peek at the support artists set, I noted that she’s in her usual black cowgirl style ‘Georgia uniform’, so this was a surefire sign that the night was going to be an uplifting one and indeed it was. We had a dozen song set that consisted of all of the aforementioned singles as well as half a dozen tracks from the up and coming album. I could see the setlist from my prime position at the very front and I could see the last track was listed as ‘R.U.T.H’, which I thought was a new track about a girl. However it was a terrific dancey cover version of Kate Bush’s ‘Running Up That Hill’, which is unreleased, but really shouldn’t be!

Due to the low ceiling, the highest cymbal in the business had to be lowered a tad, which saved Georgia having to stretch too much, especially as she was recovering from tonsillitis having cancelled the previous concert in Manchester two days prior. There was just the very occasional croak, and to be honest, I suspect virtually none of the enthusiastic punters were any the wiser. Georgia was feeding off of all of the positive energy flowing over the crowd barrier at her and even commented that tonight was very special and I suspect that she will return to perform in Brighton after the album has been unleashed. See ya down the front! 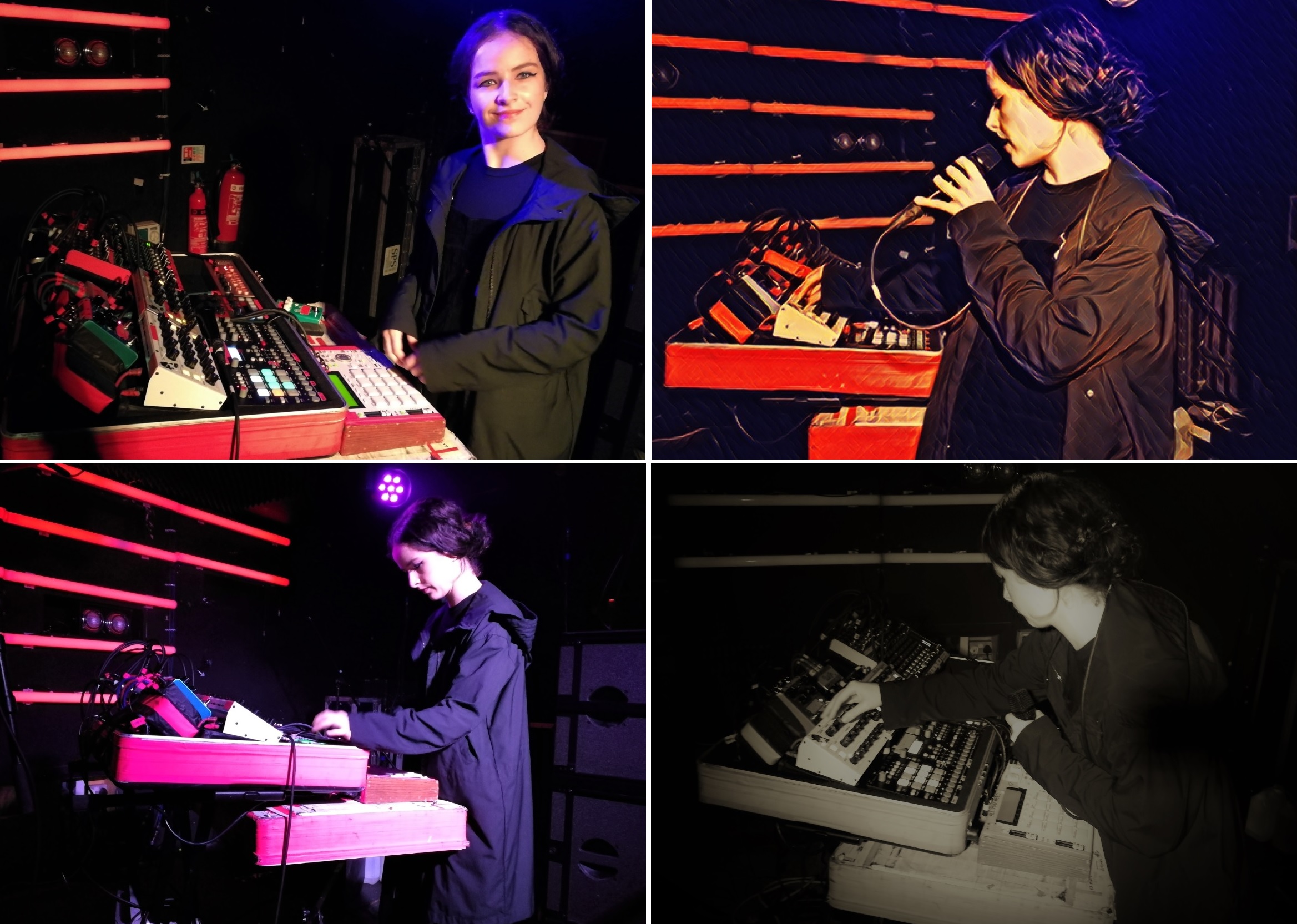 Support this evening came from solo artist Gabriela Jimeno who goes under the moniker of Ela Minus. She is based in Brooklyn, New York, but originally hails from Bogotá in Colombia.

Gabriela started in music at the tender age of 11 as a drummer in the hardcore band Ratón Pérez back in her home country. Then in 2010 at the age of 18 she left Colombia to study at the renowned Berklee College of Music in Boston and it was in the United States where she fully immersed herself in the world of synthesizers and electronic music, having picked up on the keyboards in Radiohead’s material.

She formed a band called Balancer with friends Francisco Valentin and Felipe Piedrahita and released material from 2012 to 2015. Check out their releases on Bandcamp. Then in 2016 Gabriela decided to go solo and Ela Minus was born. She has travelled around the world as Ela Minus and in fact tomorrow she playing in Paris with The 1975 and Charli XCX, then she will be returning to the UK for a solo date on 20th November when she will be supporting TR/ST at Heaven in London.

Tonight we were very fortunate to catch the Ela Minus set as Brighton is the only date on Georgia’s tour that Gabriela is performing. No wonder Georgia was watching the set from the side of the stage, no doubt enjoyed it as much as we did.

The lights went down and a keyboard intro began prior to Gabriela taking the stage. On she strolled without any fuss and launched into ‘Ahead’ from the 2016 EP titled ‘Grow’, which was a most promising start. Then the synth music segued into track two called ‘Tony, Dance With Me’ and the music volume was thankfully turned up a few notches by the guy on the sound desk. In fact all seven songs ran as one continuous mix, thus depriving the audience of applauding, but certainly keeping the momentum going.

As she sang along with her often off-beat vocals to her really decent compositions, she was in her own happy little world, bobbing her head from side to side as she moved across the stage and back again. Clearly she was feeling the vibe and enjoying her own music, which was a pleasure to see. Listening to her music reminded me of a clubby version Stevo’s 1981 ‘Some Bizarre Album’ compilation release that featured Depeche Mode and Blancmange. In fact during her set it went through my mind that Ela Minus would be the perfect support for the next Blancmange tour. I could hear elements that reminded me of former Factory Records outfit Section 25 and even a part just like the intro of Electroset’s ‘How Does It Feel’ single.

Gabriela has a decent bit of kit and is always on the go, just like the quirkiness of Björk meets electronic performance I witnessed by Grimes at The Great Escape in Brighton in 2012. Tonight’s performance was most enjoyable indeed and I for one would most certainly love to see her return to Brighton pretty sharpish! She has so far released 4 EP’s and there is an album due out next year, so I pray that a Brighton date is included, maybe even a few if she is added to The Great Escape bill. 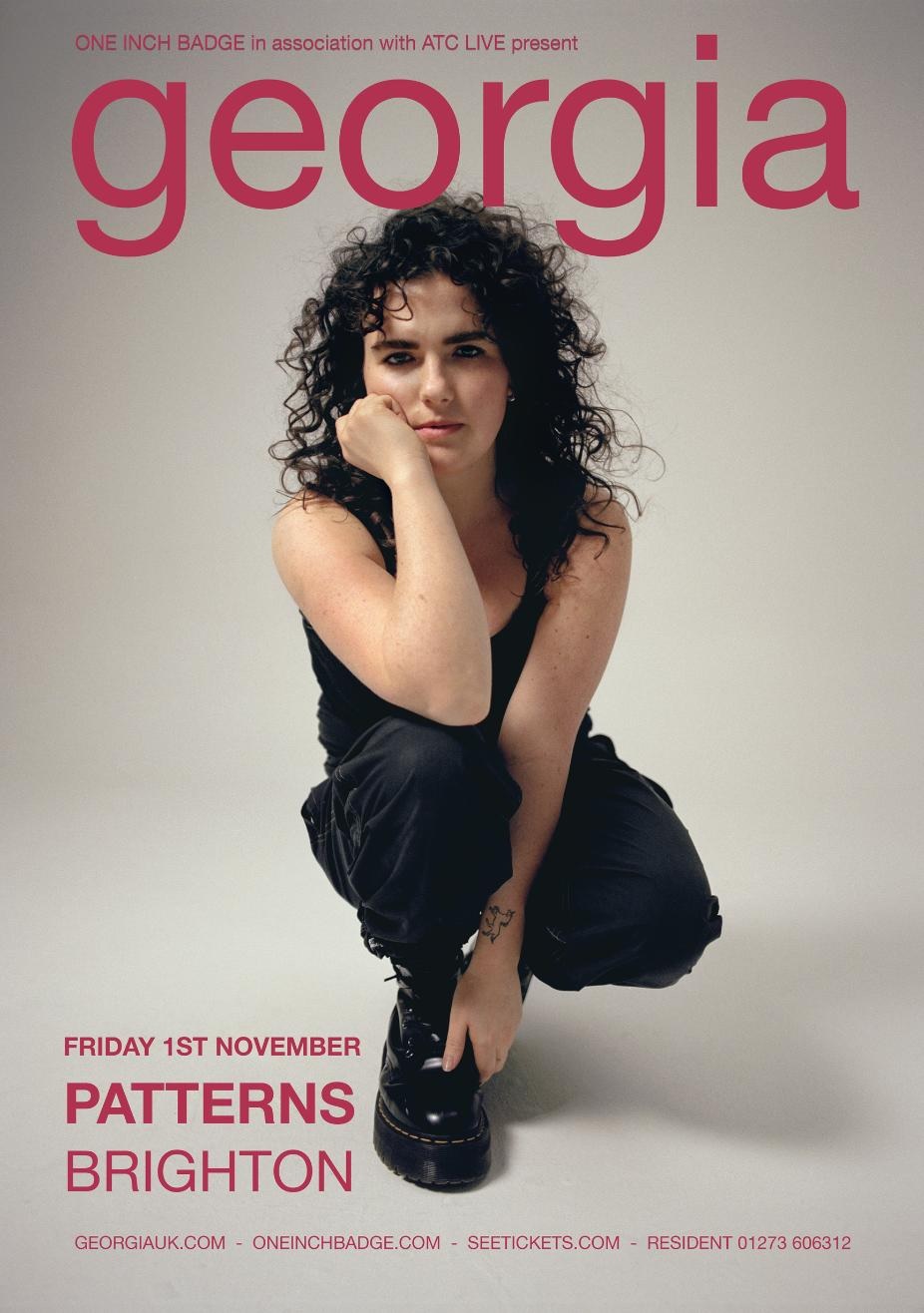