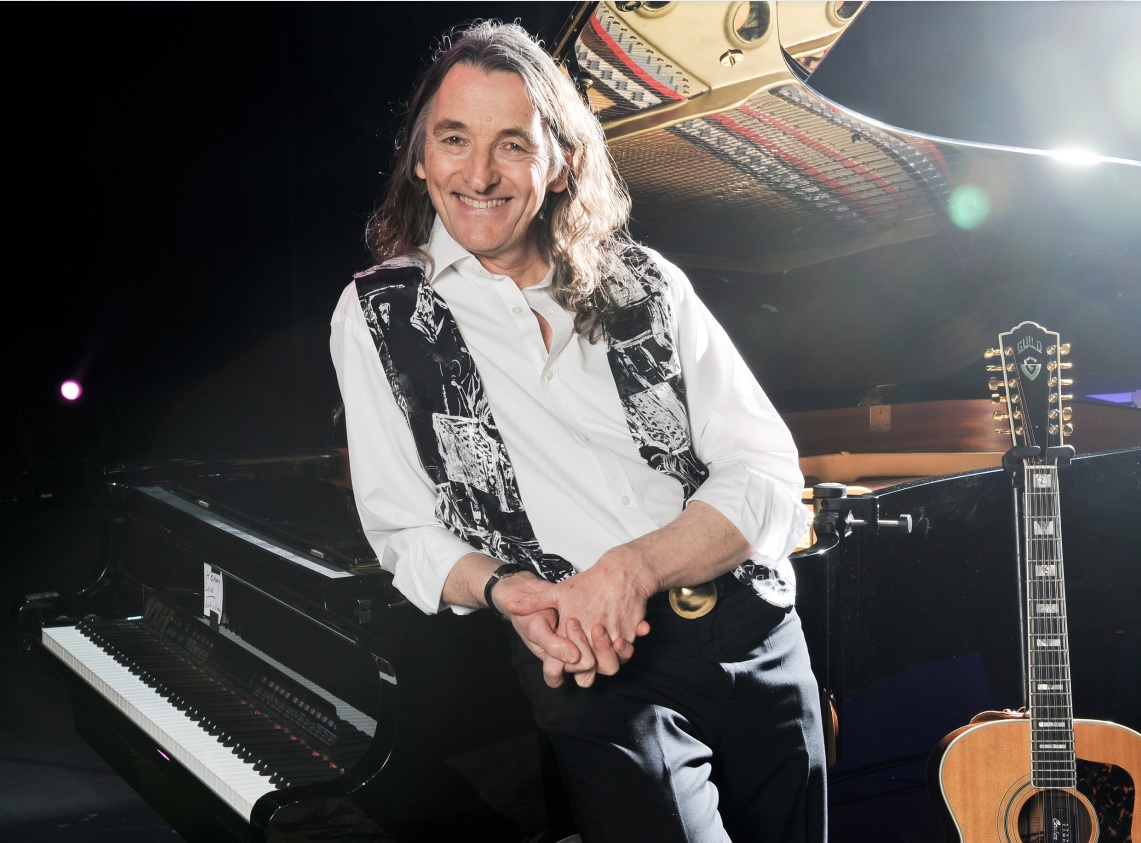 Roger Hodgson co-founded Supertramp in 1969 and was with them until his departure in 1983. During the 14 years that he was with the band he wrote, sang, and arranged most of the enduring rock standards that made Supertramp a worldwide phenomenon. His timeless classics such as ‘Give A Little Bit,’ ‘The Logical Song,’ ‘Dreamer,’ ‘Take The Long Way Home,’ ‘Breakfast In America,’ ‘School,’ ‘Fool’s Overture,’ and ‘It’s Raining Again,’ helped the band sell well over 60 million albums.

While many may not recognize the name Roger Hodgson, everyone recognizes his signature voice – one of the most distinctive voices in rock history. The classic hit songs that he wrote and sang, often referred to as “Supertramp” songs, are actually Roger Hodgson songs.

In 2020, Hodgson continues to perform all these hits that he first recorded with Supertramp along with his other classics – ‘Sister Moonshine,’ ‘Child Of Vision,’ ‘Hide In Your Shell,’ ‘Even In The Quietest Moments,’ and fan favorites from his solo albums – ‘Had A Dream,’ ‘Only Because Of You,’ ‘Lovers In The Wind,’ ‘In Jeopardy,’ and ‘Along Came Mary.’ Accompanied by a stunning four-piece band, Hodgson’s ‘Breakfast In America’ tour will bring him to many countries around the world.

“All these years I thought I was a Supertramp fan when actually I was and am a Roger Hodgson fan. What a show! ‘WOW’ is all I can say.” ~ David Wild, Contributing Editor, Rolling Stone

“There are few vocalists instantly recognizable from the first few bars of a song but Roger Hodgson is certainly one of that unique group. The singer/songwriter of Supertramp, his voice is as unmistakable as the distinct keyboard sound of his early hits.” ~ The Times (London)

“This is the real deal: a legendary music man, in brilliant form and shimmering presence, supported by a tight, terrific band. An evening with Roger Hodgson will raise your standards of concert-going.” ~ Huffington Post

“The performance was an intimate “stadium” concert….. such a remarkable voice, singing hit after hit…. now I know why they call you Mr. Supertramp. You didn’t just fill the theatre, you filled our spirit.”

“Absolutely amazing show! Roger’s music is timeless. We brought our kids and 16-year-old granddaughter who have been listening to Roger’s music all their lives. They were singing and cheering right along with us. Great memories were made last night.”

“WOW! After over 30 years of waiting, we saw your show last night – All I can say is thank you, thank you, thank you… how wonderful it felt to be 16 again! The band was tight, and your musicians were spot on, nailing the harmonies and filling the room and my soul with the sounds of my favourite music, Supertramp!! Roger, your voice is as sweet and strong as the day in 1976 when I put on headphones and heard School for the 1st time.”

Hodgson’s latest release, ‘Classics Live,’ is a spectacular collection of his hit songs from concerts recorded around the world and is available through his Store and iTunes.
Enjoy this video montage of Hodgson performing some of his timeless classics.