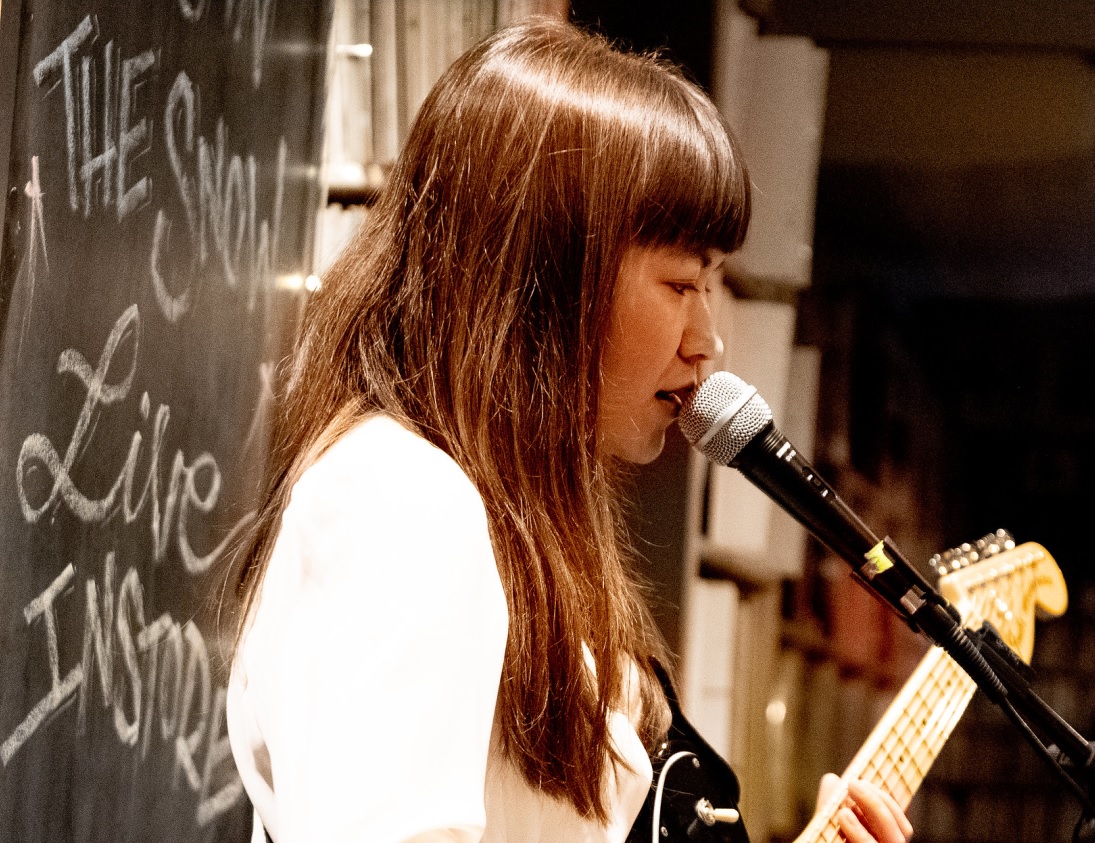 Dog In The Snow is a name that has been on our radar for a number of years now and when we caught wind of an intimate in-store performance at the popular Resident in Kensington Gardens, Brighton, we most certainly had to make a bee-line to the shop.

We were slightly flustered on arrival, having journeyed in tonight from the East of the county and been redirected off of the A259 Coast Road at Ovingdean due to an accident. Thus we ventured through the wilds of Woodingdean, Lewes Road, Preston Road and the like, in order to finally arrive at our destination in the heart of North Laine. Once on the premises, we were immediately relaxed by the stripped down six tune set from Helen Ganya Brown, who is Dog In The Snow.

Funnily enough I had witnessed Helen performing in a similar manner on 21st April 2018, as she was giving a performance behind the counter of Brighton’s Bella Union record shop in Ship Street Gardens, as were Penelope Isles. You can read that article and see the photos of that event HERE. 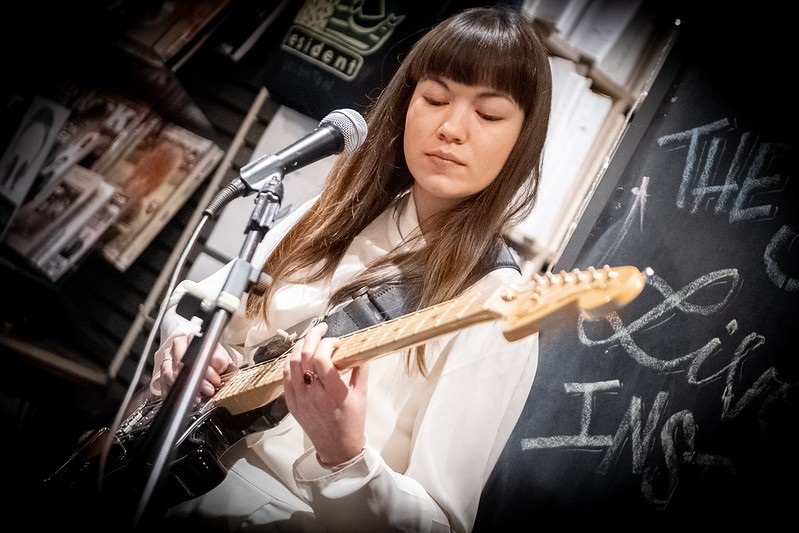 Dog In The Snow, like Penelope Isles, are both signed to the increasingly popular Bella Union label and head honcho Simon Raymonde (of Cocteau Twins and Lost Horizons fame) was in attendance this evening, along with both Jack’s (Jack Sowton and Jack Wolter) from Penelope Isles, to give their support to Helen on the launch day of her debut 10 song Bella Union album ‘Vanishing Lands’.

Helen was in place behind the Resident music counter armed with her guitar which was wired up to the speakers and she delicately performed half a dozen lovely tunes from her brand new album. She has a distinctive voice, as does Elizabeth Fraser of the Cocteau Twins, and so it is easy to see why she would appeal to Simon Raymonde. And so how would one describe this new release? Well, it can’t honestly be better described than what is stated on the plastic sleeve of the CD by the staff of Resident music, which reads thus:
“dog in the snow : vanishing lands (cd) bella union – the brighton-based singer-songwriter bares her teeth with her most aggressive record yet, pitting bristly synths against supple vocals and jagged production. helen ganya brown’s bella union debut is an imposing, haunting and luminous collection of songs in the darker spaces between dream-pop, art-rock and electronica. lifted by euphonic melodies, ravishing vocals and absorbing lyrics. vanishing lands was initially created at brown’s home before co-producer rob flynn helped her add shifting, impressionistic swathes of colour, from the ominous chords that open ‘light’ to the vocal eddies that close ‘dark’. fans of bat for lashes, u.s girls and anna calvi should tune in”.

You can enjoy a couple of Dog In The Snow songs from this new album, by watching the official video (filmed at the mouth of the Cuckmere River) for ‘Roses’, HERE and the ‘Dual Terror’ video HERE.

Read all about the Dog In The Snow ‘Vanishing Lands’ album HERE.

Order your signed copy of the clear vinyl album or signed CD HERE.

Dog In The Snow setlist from Resident in-store was:
‘Light’
‘Dual Terror’
‘Dark’
‘This Only City’
‘Monochrome’
‘Fall Empire’

Dog In The Snow will be performing live with a full band in Brighton on Saturday 1st February 2020 at The Green Door Store. The event is being put on by Love Thy Neighbour promoters and you can find out more HERE and purchase your tickets HERE. 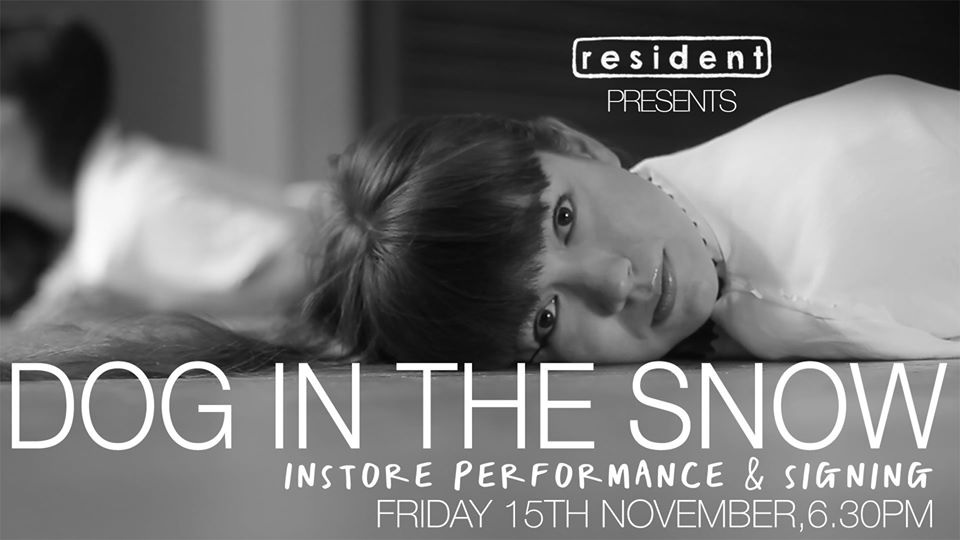